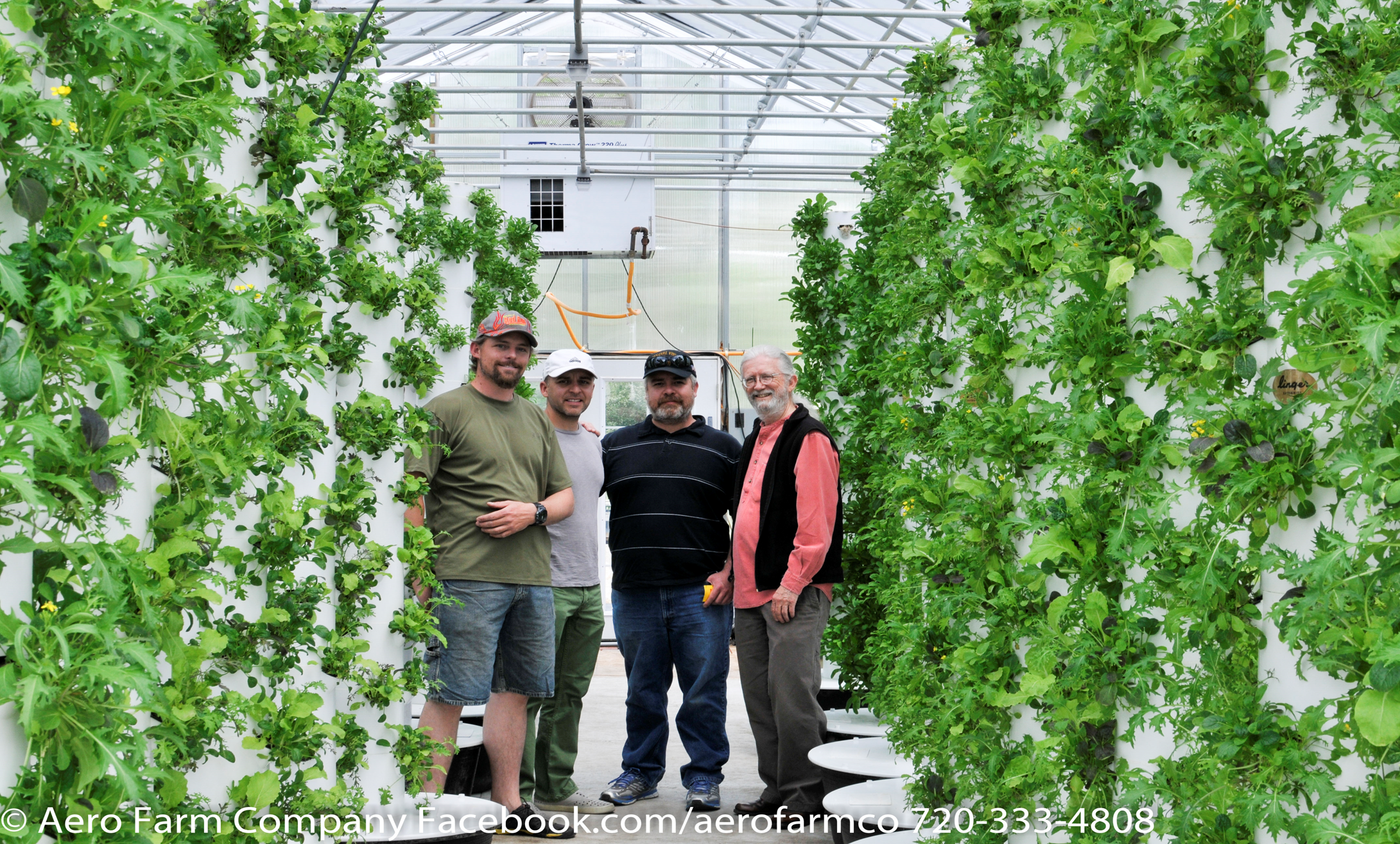 (Photo: Courtesy of Jeff Olson/Well Nourished Worldwide)Less than 1 percent of the food Coloradans eat comes from Colorado, despite the fact that agriculture is one of the state’s biggest industries. That’s in part because local food is difficult and expensive to grow in large quantities. Entrepreneur and former Olympic skier Jeff Olson of Denver says he’s found a way to transform local food production -- and simultaneously bring back the family farm.

The tall, lean Olson is the cofounder, with his wife Toni Olson, of Well Nourished Worldwide. The company makes technology that enables gardeners and farmers to grow food vertically -- by hanging plants in the air -- rather than horizontally.

Now Olson wants to prove that farmers -- specifically of what he calls “high-value” leafy green crops like kale, Swiss chard, and spinach -- can grow produce more efficiently in urban greenhouses than on large rural farms. Consequently, they can make a better living, he says. Olson says a farmer makes about $1500 harvesting an acre of commodity corn; a grower of organic corn may make $15,000 from an acre harvest. In contrast, he claims an urban farmer growing leafy greens vertically in a greenhouse can earn a quarter of a million dollars in revenue per acre.

Two Denver-area farmers, both of whom are veterans trained by the nonprofit Veterans to Farmers program, are already raising crops in small vertical greenhouses. Aero Farm, in Lakewood, provides produce to Denver restaurants Linger and Root Down, among others. The other grows vegetables for Sushi Den.

Olson plans in the fall to open a large model greenhouse in east Denver to prove the concept.

It’s part of Olson’s larger plan to push Coloradans to grow and distribute far more of their own food.  Economist Michael H. Shuman wrote a 2012 report commissioned by Transition Colorado, a local food advocacy organization, about the potential economic gains for the state of dramatically increasing local food production -- to 25 percent of what is consumed in Colorado. “The economic impact of that is over 30,000 jobs, $1 billion every year in new wages, $2 billion added to Colorado’s gross domestic product (GDP) and several hundred million dollars in taxes,” Olson says.

Furthermore, Olson argues that global population growth is outstripping the current agricultural system’s ability to keep up with the need, particularly given its reliance on long-distance transportation of food. He asks, “Could we scale certain crops around a tight radius around urban centers and would that be a way to offset pressures” such as climate change, drought, and increasing energy prices?

Other countries, including China and Spain, produce far more of their own food under glass. Olson claims “America is dead last” when it comes to greenhouse farming.

The Shuman report states that there are significant obstacles  in the way of scaling up local food production, including a lack of expertise and capital.

Olson says banks will eventually lend money to urban farmers -- if they see examples of urban agriculture success. And, he says, private equity and angel investors are starting to show interest. “They come to food conferences and they’re sitting in the back, learning,” he says. “Local food production needs some really big success stories….We don’t need a half a dozen. We need 40 or 50 or 100 before the [investment] industry is going to come in.”

Olson spoke at the recent TEDx MileHigh event in Denver.