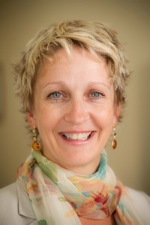 Colorado College has announced the school's 13th President. In a campus-wide ceremony today, the school's Board of Trustees announced that Dr. Jill Tiefenthaler will take over presidential responsibilities on July 1. Tiefenthaler comes to the school from Wake Forest University, where she's been provost and professor of economics. She will take over for retiring President Richard Celeste. The choice was unanimous among the College Trustees after conducting a nationwide search.

Audio of the announcement (about 22 minutes, includes remarks from President Celeste, the Board of Trustees, and President-elect Tiefenthaler):