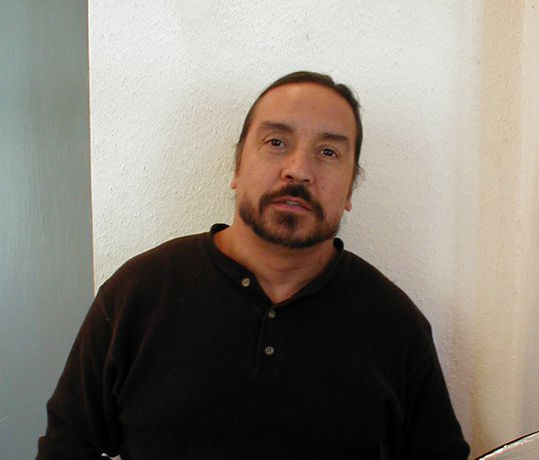 Workers and families were forced to take refuge in union-provided tents along the high Colorado plains.

Clashes between workers and industry leaders escalated until, on April 20, 1914, a scuffle broke out between striking miners and the Colorado State militia, causing the deaths of more than 20 workers and their family members.

The tragic events of that day became known as the Ludlow Massacre.

In memory of those who lost their lives, the Ludlow Centennial Commission has assembled a line-up of 100th-anniversary commemorative activities and exhibitions for March and April.

Among the happenings is Su Teatro’s production of “Ludlow: El Grito de las Minas.” An original play crafted by artistic director Tony Garcia, it follows a fictional family as they migrate to Southern Colorado to work in the mines, finding themselves in the midst of conflict.

Garcia, who has been at the helm of Su Teatro since 1989, has received a number of honors and accolades for his work and was named the Denver Post’s 2010 “Theater Person of the Year.”

For “Ludlow: El Grito de las Minas,” Garcia re-imagined an older play of his, presenting the historically rich story to Denver audiences with a new artistic vision and a more robust musical score.

CPR: Can you give details about the narrative of “Ludlow: El Grito de las Minas”?

Tony Garcia: “Ludlow: El Grito de las Minas” tells the story of the Martinez family, a fictional family whose story follows the migration of many Mexican-Americans coming north from New Mexico into Southern Colorado and, eventually, finding their way to Denver - they were always following the work. By the time we meet Enrique and Sara Martinez, they are only holding on to the land by a string. A sudden inflated tax bill forces Enrique to sell his ranch and seek work with his brother in the mines. When Enrique is killed in a mining cave-in, Sara and her two sons move to Colorado to work for the Colorado Fuel and Iron Company owned by John D. Rockefeller. While there were numerous high profile figures involved with the strike, including Mother Jones, Rockefeller and John Reed, their stories are not as interesting to me as those who worked the mines and raised families in those conditions. History is too often seen exclusively through the eyes of the well known and the powerful. But it is really those in the trenches who are the ones that make things happen.

CPR: How closely did you work with the Ludlow Centennial Collaboration to develop this play? Can you elaborate on the process?

Tony Garcia: The work with the Commission focused primarily on the activities and events that would be taking place during the commemoration. The number of towns and communities throughout the state that have a connection to the strike, mining and, of course, the Massacre is really remarkable. Members of the Commission traveled and introduced themselves to organizations and individuals. To them, Ludlow was not only an event, but also bound up in family history. In terms of the development of the play, the script is more than 20 years old. Its roots go back to 1977, when I wrote a short script called “El Grito de las Minas” as a means of supporting the striking workers at the Coors Brewing Company. We performed it two or three times and then moved onto something else. When we moved into our first home at El Centro Su Teatro in Elyria, I revisited the play. All that remained was the title, a character name and a couple of verses of a song I had written for the play. Interestingly, in the first Commission meeting I attended, I mentioned that we were going to do the production, and a young college professor asked me if this was the same play that was performed at the old RIP (Radical Information Project) bookstore. I was amazed. He would have been a baby then, if he was born at all. He said his parents had seen the production and mentioned it to him. I don’t know why; in its original version it was pretty coarse!

CPR: What type of research did you do on the Ludlow Massacre and the events leading up to it to create the story of the Martinez family?

Tony Garcia: My sister Mary lives in Walsenburg, Colo. with her husband, Al, and they are pretty prominent folk. I have visited with them quite a bit and had gone to the monument located between Trinidad and Walsenburg, where I read the pamphlets that they sold in the town stores and toured the coke ovens. So, over the years, I had kept an interest in the story. When my friend and Su Teatro actress Debra Gallegos was going through a divorce, I selfishly wanted to take her mind off her troubles and save myself from sharing them. So, I decided to write a play for her. She had been in the original production, playing a 15-year-old boy; this time she would play two women her own age. I began to spend a lot of time in the Western History Library, reading the daily accounts on microfiche of the strike in the Denver Post, the Rocky Mountain News and the Huerfano World, a newspaper out of Walsenburg. I also read George McGovern’s book “The Great Coalfield War.” In the book, there is a breakdown of the ethnicities in the strike - I was surprised at the number of Mexicans involved in it. I also spent a lot of time in Walsenburg and Trinidad. I actually wrote the bulk of the play while in Walsenburg. There are many elements of the play that were influenced by my time spent in Southern Colorado.

CPR: Can you describe the score for the play, directed by Daniel Valdez? Is it an original work as well? If so, what was the process like in conceptualizing and creating the score?

Tony Garcia: When Daniel and I scheduled the project, I knew he had written a great song called, “Ludlow Field,” based on the poem "On Ludlow Field" by Colorado Lt. Governor Frank J. Hayes. It was a beautiful piece and I assumed he would include it. He also talked about using traditional Mexican music of the time period - corridos and rancheras. The last element are the union songs. Daniel's background of working with Cesar Chavez and the United Farmworkers gave him an ample catalogue. Daniel then rearranged some stuff, added some new fragments and put together a top-flight band, which features well known Latin music bassist Jimmy Trujillo, Jerrod Rains on percussion, Kathy Montoya on guitar and our own Manuel Roybal as the lead guitarist. He has also recruited our lighting guy, Steve Nash, on harmonica.

CPR: On a personal level, how was the experience of creating the production for you?

Tony Garcia: If you are a writer, everything you write is personal. Everything influences you. That is actually what you strive for. And all the other artists add their personal experiences to the process. When I was writing the play, I would spend the day researching or working at the theatre, and at night, I would return to the computer, wondering what was going to happen next. I became very fascinated with Sara Martinez for her strength, passion and bravery. As we were entering our first weeks of rehearsal, I was discussing the character of Sara with Magally Luna, the actress who plays her, and I realized for the first time that Sara Martinez was based on my mother. As Sara says, “On this day, as I view the ashes and misery that man has imposed on man, I see beauty and strength.  As I am bent, horribly, as the wind swept piñon trees that line the sides of cañones, still I am not broken. To someday, the child of my child yet unborn, who reads this, I give you what I have, that which is myself.  What I am. What I feel. I give you Sara Martinez, your past, arise from these ashes and present yourself, as you are my future.” That is what telling our stories, no matter how painful, does for us. They teach us how strong our ancestors were in keeping us alive. They are our gifts and we must embrace them.