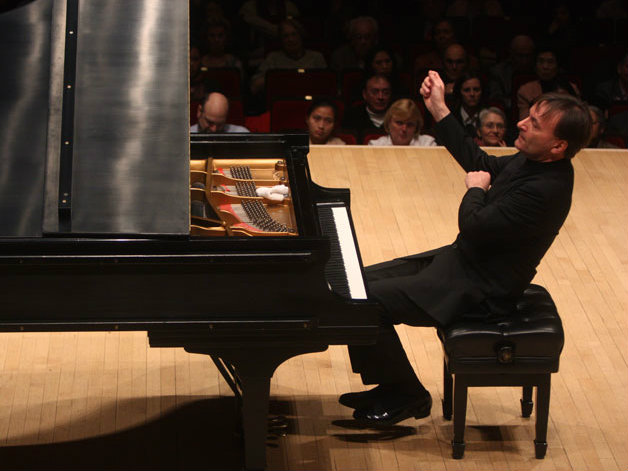 (Photo: Hiroyuki Ito)Sunday through Friday nights at 7, Charley Samson is your connection to the music, voices and happenings of Colorado's classical music community.

Friends of Chamber Music features a performance by the Elias String Quartet tomorrow. We'll hear a recording of the Pacifica Quartet performing Beethoven's String Quartet No. 4 from earlier in the series.

Cadmus Artistic Director Amanda Balestrieri talks about the group's appearance on the Happy Hour Chamber Concerts series. We'll hear from the Sphere Ensemble, who collaborates with the Boulder Chorale on March 28. We'll hear music from Boulder Bach Festival's Zachary Carrettin on violin in advance of the group's program next weekend, called "The Obstinate Pearl." And we'll hear pianist Stephen Hough, an upcoming soloist with the Colorado Symphony, performing with Friends of Chamber Music.