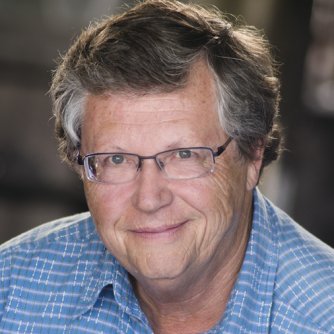 Education:Bachelor's degree in English, Regis College; Master's degree in music history, University of Northern Colorado.Professional background:Charley joined Colorado Public Radio in 1994 after having spent 19 years at KVOD when it was a commercial station. Charley hosts, writes and produces “Colorado Spotlight” Monday through Friday on CPR's classical music. He writes program notes for numerous orchestras, including the Arapahoe Philharmonic, the Jefferson Symphony Orchestra, the Longmont Symphony Orchestra, the Denver Young Artists Orchestra, and the Oakland East Bay Symphony. He is also the pronouncer for the Colorado State Spelling Bee.Q & AWhy I got into radio:In high school I listened to the "old KVOD." I decided to visit the station, and met a couple of college kids working the night shift. They allowed me to hang around, and when I asked, "How do you get into radio?" they said I needed a third class F.C.C. license. So I got one. I never thought of radio as a career. It just seemed like a good job to have while going to college: I could study during those long classical pieces. It was also a way to be involved in music without having to be any good as a musician. I worked at stations in Boulder and Denver all through college, landing at KVOD (when it was a commercial station) in 1970. I stayed until 1989.How I ended up at CPR:I was teaching at Metropolitan State College when Patty Prevost, who had worked in sales at KVOD and in underwriting at CPR, told me about an opening at CPR. I got the job. When the old KVOD finally changed formats, CPR acquired the call letters, the CD library, even the Ruby Hill transmitter site. We also got the Colorado Symphony Orchestra broadcasts, and I was picked to be the host. Other concert series were submitted for broadcast, and “Colorado Spotlight” was born. During the Classical Public Radio Network era, it was the only local programming on the music side. Denver journalist Dusty Saunders called me the "lynchpin" of the local classical scene.