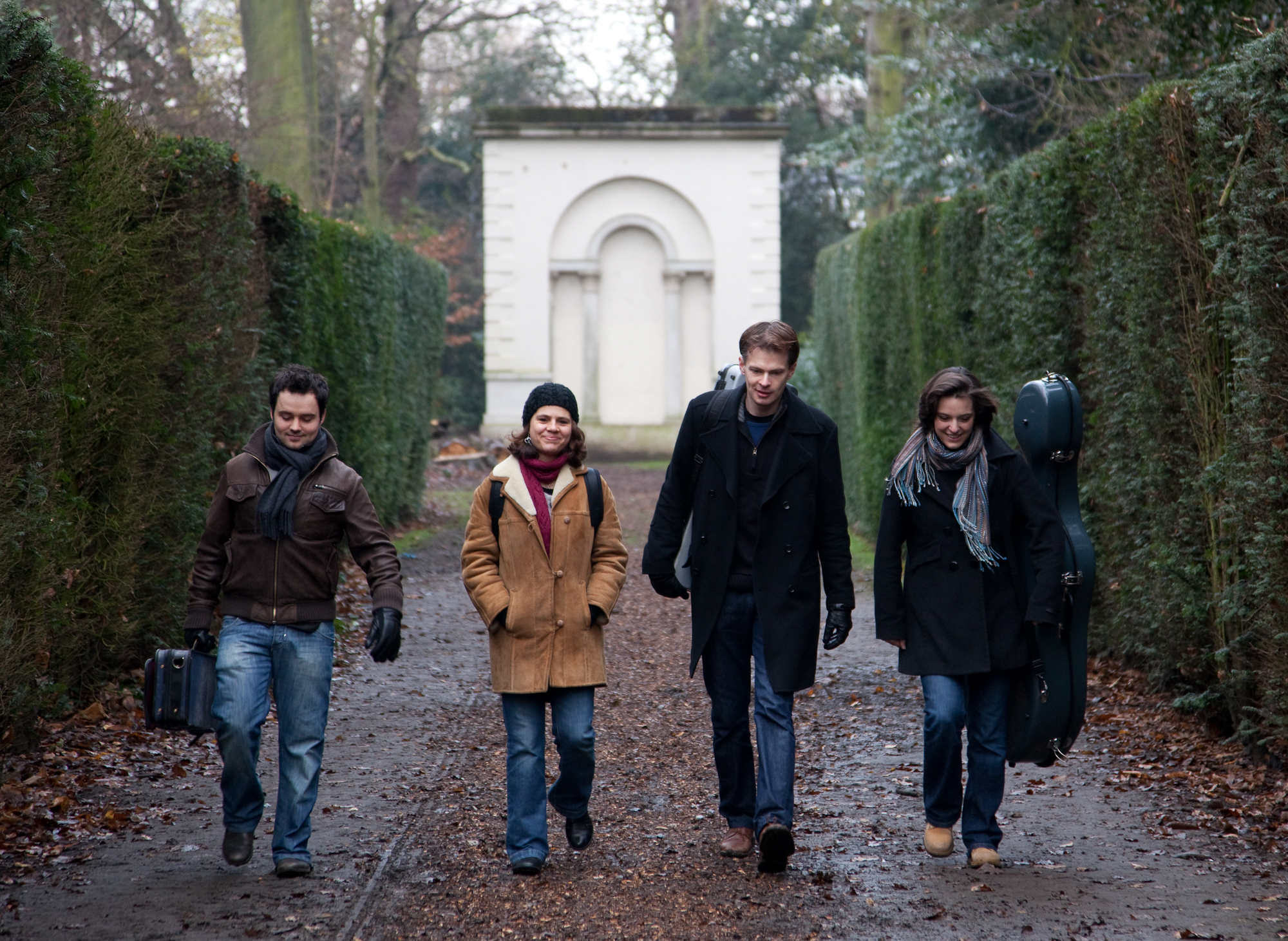 The British ensemble won endorsements from critics in earlier concerts on their current tour, often for pieces they'll perform Wednesday. The Philadelphia Inquirer last week praised the group’s handling of the Haydn quartet:

The third movement "Andante" was a landmark statement, intensely absorbing, exquisitely considered - a piece in itself, really. The main tune seems unremarkable, an understated if proud march. But the Elias gave it a storyline. The tune keeps repeating, but around it grows all manner of embellishment, like a pilgrim on a journey. The Elias tended these developments so lovingly that when the arrival point came and went, and the spare version of the theme reappeared at the end, simple and muted, it had the paradoxically powerful impact of a church organ wheezing in the distance.

And the Washington Post praised the quartet’s skilled handling of the Kurtag piece after a concert at the Library of Congress:

“... It’s steeped in almost unbearable sorrow. But it’s a delicately beautiful work as well, whose concise, resonant fragments blossom into perfect little haikus of sound, as if the mysteries of the universe were being whispered into your ears. The Elias players turned in a subtle, intricately detailed reading.”

Aside from its current tour, the group is midway through a project to play each of Beethoven’s 17 pieces for string quartet.