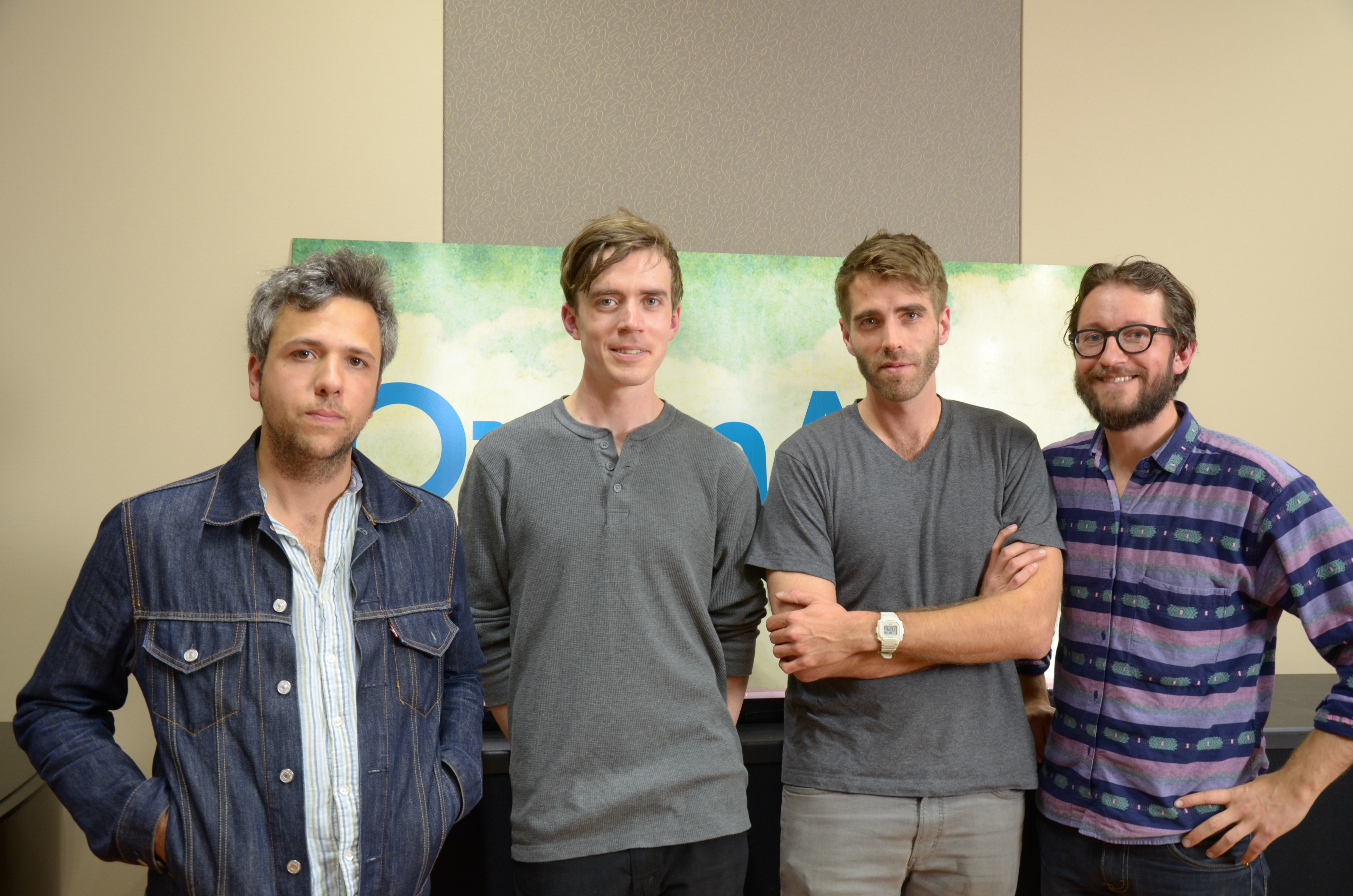 (Photo: CPR / Daniel Mescher)Over the ages, countless musicians have attempted to tackle big subjects through their art. "Cosmos," the latest album from Brooklyn band Yellow Ostrich confronts the biggest of them all: the universe.

The indie rock band stopped by our CPR Performance Studio before a headlining show at the Hi-Dive this week. In addition to playing three songs from "Cosmos," the four members shared experiences about living and recording in Brooklyn, reading Carl Sagan and watching the program that gave the new album its name, and the sailing trip drummer Michael Trapper took before recording the new album.