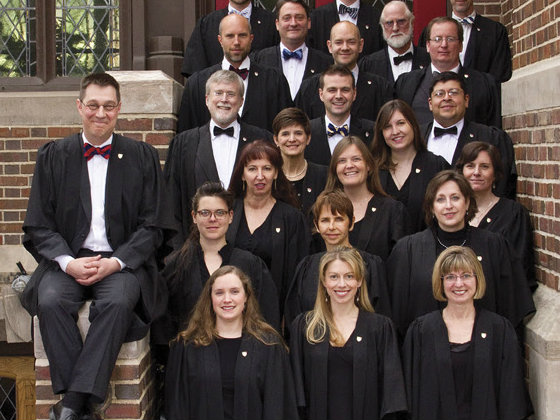 The program for Saturday’s concert in Denver and Sunday’s concert in Wheat Ridge comes from favorite pieces the group performed at its past concerts. William Byrd and Antonio Lotti pieces are on the bill alongside recent pieces by composer Terry Schlenker.

St. Martin's Artistic Director Timothy J. Krueger said he polled the choir’s singers and fans when he created the program:

It has been my thought that the “Greatest Hits” angle of St. Martin’s Chamber Choir’s next concert (i.e., that the audience and singers were the ones who actually programmed the concert by way of their votes), would in itself be a “draw,” spurring ticket sales.  However, if this angle is not a draw to you, then I urge you to look at it from another angle:  It’s actually quite a typical concert for us, and a fine group of works that would (and have) graced many of our concerts.

The concerts are scheduled for 7:30 p.m. Saturday at St. Elizabeth’s Church on the Auraria Campus in Denver and 3 p.m. Sunday at Holy Cross Lutheran Church, 4500 Wadsworth Blvd., Wheat Ridge. Here’s a note about parking and ticketing challenges for Saturday's concerts that you should check out if you plan to attend.

For more on St. Martin’s Chamber Choir, including highlights of Krueger’s recent conversation with Charley Samson, click the audio at the top of this post.

Charley Samson offers insights on classical composers and local musicians during the 9 a.m. and 3 p.m. hours weekdays on CPR Classical.