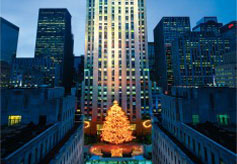 (Photo: Courtesy of Mike Wetzel)A dispute over teacher tenure rules in Denver appears headed to court after a state lawmaker on Monday killed his own proposal aimed at resolving the issue.

Colorado’s 2010 teacher tenure law is being rolled out statewide this year but Democratic Representative Joe Salazar told a legislative committee it’s already being used by Denver Public Schools to get rid of minority and veteran educators.

Salazar says that over the past four years, DPS has placed almost 3,000 teachers on unpaid leave, what it calls a “reduction in building” status. A teacher loses her job when the school’s enrollment drops or a program is changed.

Before the new law, the district was required to assign teachers to another school. Under the new law, however, teachers can only move to a new school if the principal there agrees to the transfer. The teacher then has one year to find another school or they will be placed on unpaid leave indefinitely.

Most of the 3,000 teachers found positions elsewhere, but 57 could not. Of those teachers, Salazar said 75 percent are women, 25 percent are minority and more than half are veteran teachers who are over the age of 50.

Latino students account for 58 percent of Denver’s population, but only 17 percent of teachers are Latino.

African-American students comprise 14 percent of students but black teachers only make up four percent of the teaching staff.

Salazar says losing a single minority teacher is concerning, especially when the district has acknowledged they are good teachers.

The measure aimed to change the part of the law allowing school districts to place teachers on permanent, unpaid leave if no principal wants to hire them.

But after several minutes of blasting the district, Salazar abruptly enacted a legislative maneuver to shelve the bill for a year. In doing so, he hopes to encourage DPS administrators to come to the negotiating table.

DPS Superintendent Tom Boasberg says the district doesn't want to go back to the days of placing teachers in schools that don't want them.

“This bill is a civil rights travesty,” Boasberg says. “To be dragged back to the days of force placing teachers in schools where they are not wanted is wrong for kids, its wrong for teachers and wrong for schools.”

Boasberg says “forced placement” most adversely affects low-income schools where students most need the best teachers to close the achievement gap they have with their more affluent peers.

Boasberg says he was also disappointed the district didn’t have a chance to testify to “set the record straight.”

The Colorado Education Association argues that placing a non-probationary (Colorado’s term for tenured) teacher on indefinite leave without pay is tantamount to a termination and should trigger a teacher’s due process rights under the law. The union filed a lawsuit over the provision earlier this year charging that the district is abusing the provision of the law to bring in cheaper teachers at the expense of its more veteran staff.