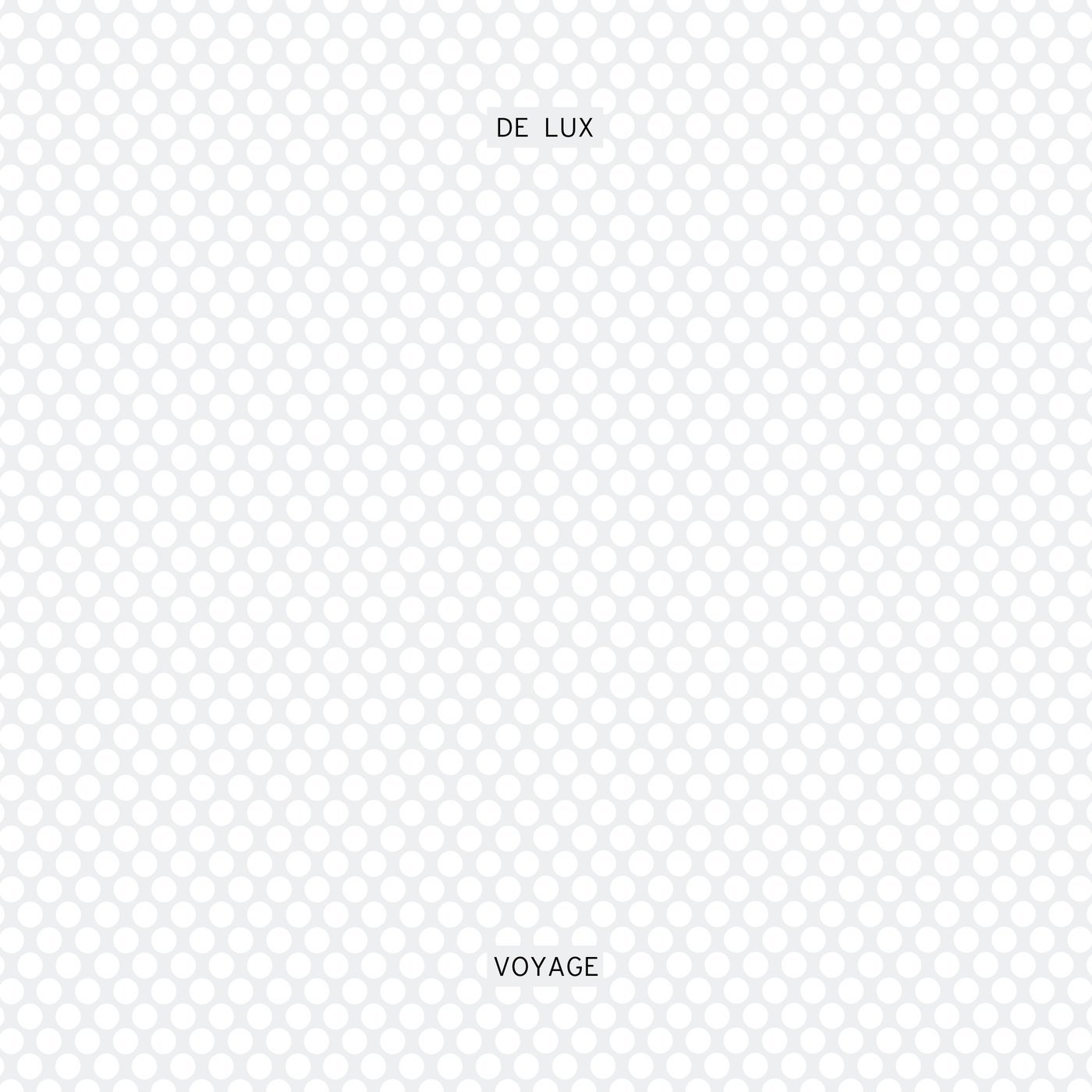 As my friends, family, and any strangers I’ve interacted with for more than three minutes in the past four months already know, I’m in the midst of training for a marathon. It’s a foolhardy, grueling, and undoubtedly absurd process which young sprites routinely inflict upon themselves, convinced of some inherent honor bestowed upon eventually crossing the finish line. Joints and feet be damned. Of course, among the scarce perks any long-distance runner enjoys are the miles and miles of uninterrupted music listening; that is, an excuse to rudely ignore your surroundings and dive into your listening device.

De Lux would have been my favorite new band of 2014 whether or not I needed a soundtrack for a two-hour cardio session. The Los Angeles duo’s debut album “Voyage” for the Innovative Leisure label, never sprints or overexerts in its nearly hour-long running time, yet vigorously bridges the gap between the euphoria of dance and the grit of punk.

Those two genres became bedfellows decades ago with the jittery pulses of Talking Heads, Blondie and Gang of Four. We’ve also witnessed the dance-punk "revival" achieve success in the 21st century with great records from The Rapture and Death From Above 1979.

But De Lux will probably most easily garner comparisons to James Murphy’s LCD Soundsystem project, an act to which the years have not been kind. In hindsight, much of Murphy’s smart-aleck charisma and unbridled sarcasm seems tiring, something Murphy himself perhaps was aware of when he disbanded the project at the height of its fame. De Lux sidesteps that trap by infusing moxie and sincerity into their tunes: sure they might be similarly verbose at times, but there’s a good deal more pick-ups than put-downs.

BPMs are kept at a friendly disco pace on “Voyage,” but the energy of multi-instrumentalists Sean Guerin and Isaac Franco maintains steadily across lengthy tracks like openers “Better At Making Time” and “Moments,” thanks to sonic variety and spontaneity – each of the nine tracks here is supposedly a first take.

If that’s true, Guerin and Franco are magicians for interweaving the sundry dance elements of “I’ve Got to Make a Solid Statement (No More Likes and Ums)” and the propelling rave-up “Make Space” out of thin air. There is joy practically expectorating out the speakers on these and other tracks: the duo rides the thrill of drilling deep into a groove and locking in for dear life.

“Voyage” mirrors its influences a tad too closely at times: one could throw “It Works All the Time” into the track sequence of “Stop Making Sense” and it might just sneak unnoticed as an intruder. Though that might not be a drawback for most listeners, and De Lux could certainly have chosen a much worse style to emulate than David Byrne's, "Voyage" leaves us speculating at the potential these two young and able Los Angeles musicians might deliver on when they truly discover their own voice. Until then, we have an excellent debut album to devour on and off the running trail.