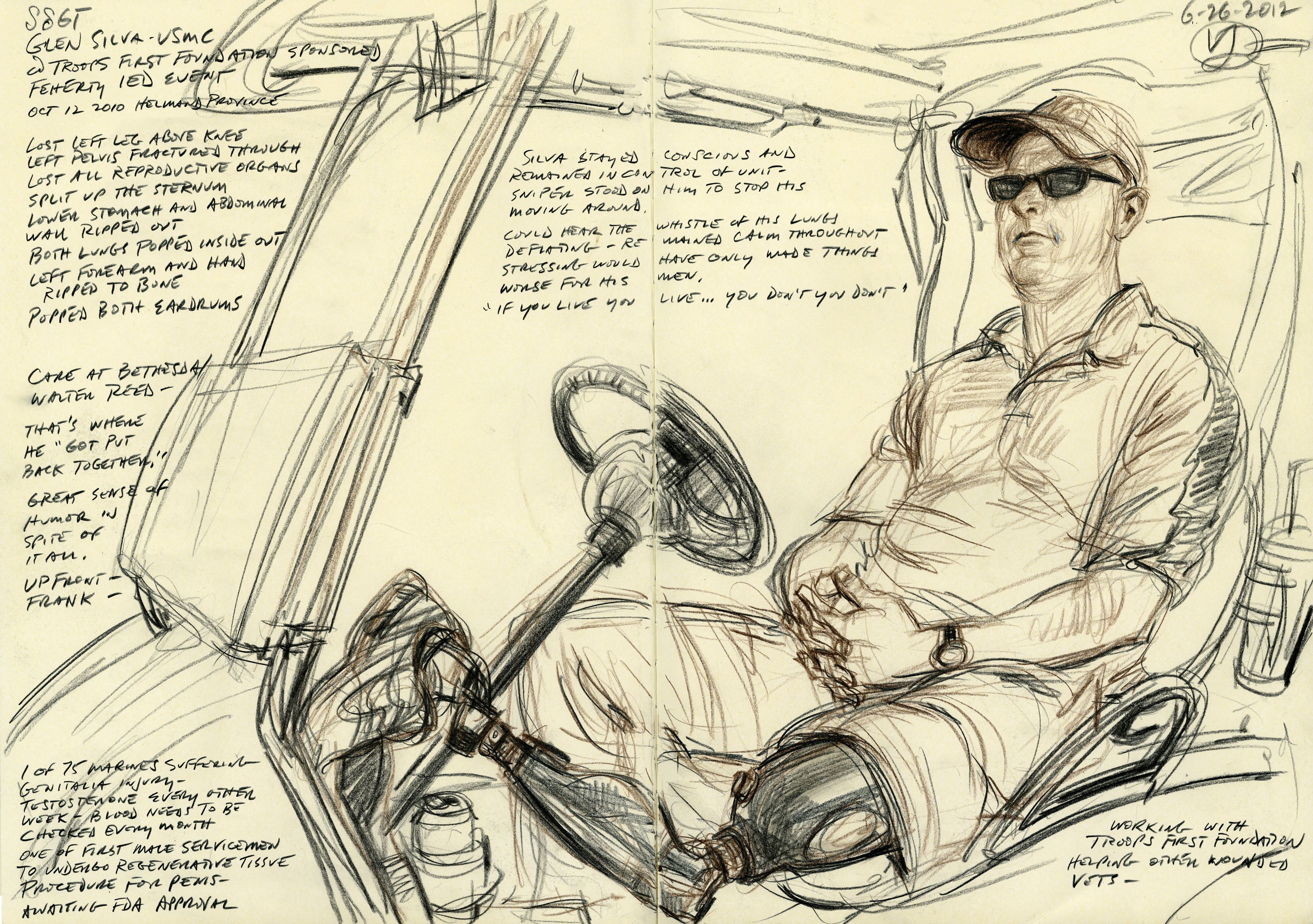 Michael D. Fay and Simon Zalkind talk about “The Joe Bonham Project,” which retells stories of wounded veterans through visual art and is currently on display at the University of Colorado-Denver’s Anschutz Medical Campus.

CPR education reporter Jenny Brudin heads to Alice Terry Elementary School in Sheridan, where students are trading in talking during their lunch break for live music.

Zombie culture rules the nation. And Colorado leads the way. Alexandre Philippe, director of a documentary about zombie fandom titled “Doc of the Dead,” and local zombie culture expert Cory Casciato, look at how and why zombies have made their way from the fringe to the mainstream.

The CPR arts bureau sends a long-time Denver Center Theater Company (DCTC) mainstage patron to a production that is a part of the theater company’s experimental "Off-Center" programming, and a fan of Off-Center to a mainstage show to see how DCTC's diverse theatrical offerings appeal to audiences at both ends of the spectrum.