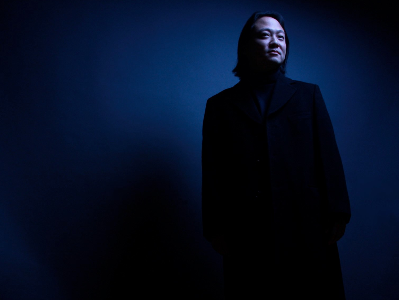 (Photo: Courtesy of Carlo Roncancio)Sunday through Friday nights at 7, Charley Samson is your connection to the music, voices and happenings of Colorado's classical music community.

We'll hear music and discussion from the Playground Ensemble and Ars Nova Singers. Both ensembles have upcoming concerts.

Musica Sacra Chamber Orchestra Music Director David Rutherford talks about their next concerts. We hear them play Charles Ives' "The Unanswered Question" from a March performance.

The Englewood Arts series presents the Ainomae Ensemble performing Schubert's Octet for Winds and Strings on Saturday. We'll hear them performing Schbuert's Octet in F major at Bravo! Vail in 2005.

The Colorado Symphony performs Brahms's Second Symphony on this weekend's concerts. The founder of the Colorado College Summer Music Festival, Michael Grace, comments on the work. We'll also hear Scott Yoo conducting the festival orchestra in a performance of Beethoven's Symphony No. 2.

We'll hear from the Boulder Philharmonic Orchestra and their new concertmaster, Charles Wetherbee.

Music from David Korevaar, who has an upcoming performance with the Boulder Bach Festival  and violinist Allyson Stibbards, a soloist for the Greater Boulder Youth Orchestras' concert on May 4, previews the concerts in the Performance Studio.