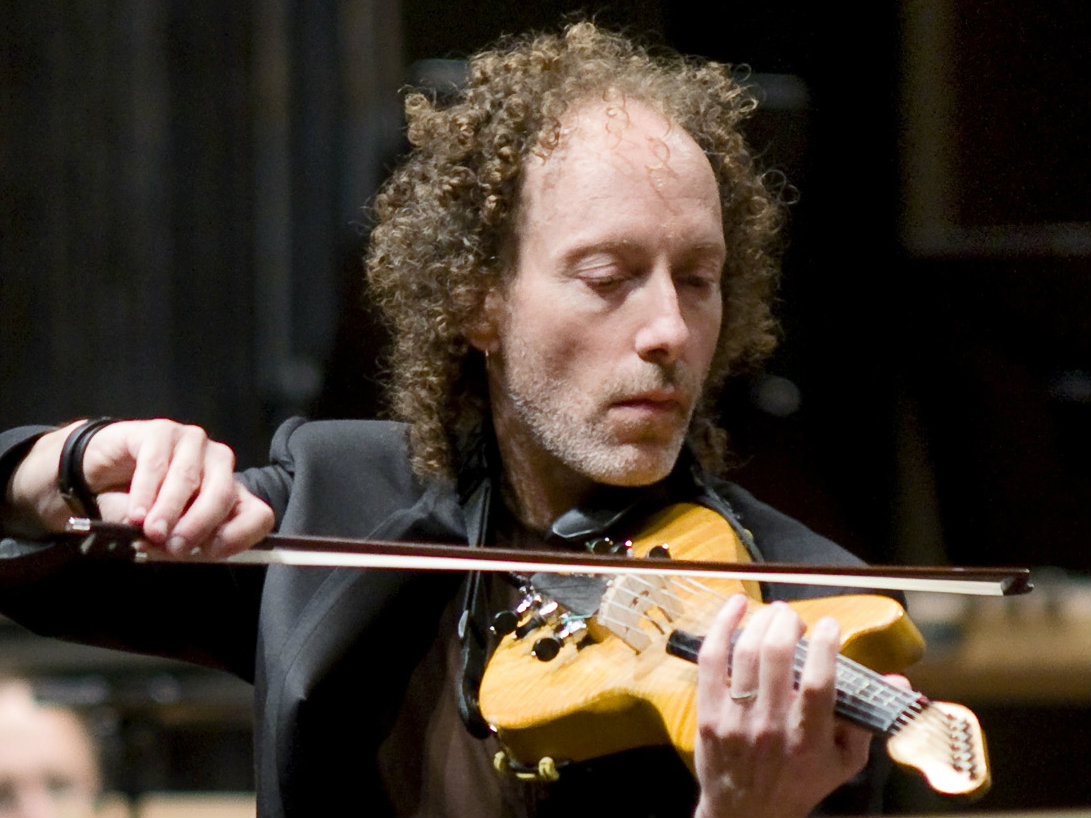 In the past few years, major contemporary composers like John Adams and Terry Riley have written pieces for Silverman. He used to be with the genre-bending Turtle Island Quartet (a group that included elements of classical, jazz, rock and world music).

On his new disc, he performs a chamber version of "Between the Kiss and the Chaos" with the Calder Quartet.

Silverman says when he was a young musician, he’d play a game while practicing, pretending that the composer of the piece he was learning would pay him a visit and offer insights into the music.  The idea behind "Between the Kiss and the Chaos" comes from a similar place, only this time he imagines visual artists explaining the inspiration behind their masterpieces.

In the third movement, Silverman reflects on "Red Poppy" by O’Keeffe, who once said about her work:

In a way – nobody sees a flower – really – it is so small – we haven’t time – and to see takes time, like to have a friend takes time.  I decided that if I could paint that flower in a huge scale, you could not ignore its beauty.  I will make even busy New Yorkers take time to see what I see of flowers.

Silverman imagines O'Keeffe behind her house in the New Mexico desert.  It's midday, the sun is high, and she sees some wildflowers. The red poppy catches her eye and suddenly, Silverman writes in the liner notes, “we're inside the flower along with O'Keeffe. There is a microscopic insect standing on a single grain of pollen.  The insect is spending its only day on earth singing a love song to the sun.  And so is the flower.  And so is O’Keeffe."

A great moment in this movement comes next when the sun sets. The red poppy’s petals close for the night, and the rhythmic movement of the string quartet dissolves into sustained chords and light pizzicato lines as Silverman’s electric violin plays sparse fills.

In the liner notes, Silverman explains he picked "Between the Kiss and the Chaos" as the title because "I think it's a good metaphor for the creative process, this tension between the kiss of inspiration and the compulsive chaos of the artistic struggle within people who are desperately trying to get it right on the canvas."

Silverman creates a unique sound.  Take a listen on Spotify. (You'll need an account, which is free.)

Silverman will be in Denver next year with the Colorado Symphony, playing music by composer Nico Muhly.