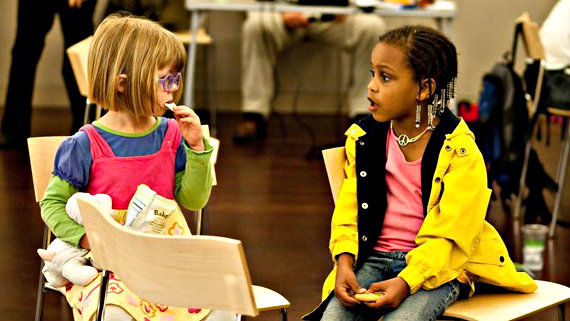 The number of Colorado’s third-graders reading at or above grade level dropped slightly from last year, according to state standardized tests known as TCAP.

Almost 72 percent of third-graders are reading proficiently compared to 73 percent last year, according to test scores released on Tuesday by the Colorado Department of Education.

State officials don’t comment on the results of third-graders, which are released every spring, because they are preliminary. The state releases the rest of the TCAP scores for all grades and subjects in August.

For the fourth consecutive year, Adams County School District 50’s score climbed 6 percentage points. Over the past four years, district scores have risen by 16 points while the state has remained relatively flat.

Superintendent Pamela Swanson attributes it to the school’s unique model -- a competency-based system -- that requires that a child fully understand a skill before moving forward.

“These children [the third-graders tested] were kindergarteners when we began this systemic change and I think we’re starting to see that it’s paying off,” Swanson says.

The competency-based system, which was initiated in 2009, is based on the idea that students are at different “performance” levels in math, reading, writing and science, irrespective of their age and grade level.

Kids use their own data to set their own goals, and once they master a skill or lesson, they move onto the next level.

Swanson says district teachers typically teach to a narrower range of skill levels than a teacher in a traditional classroom, where all children of the same age are grouped.

“The fewer levels a teacher has to address, the better,” Swanson says.

One school in the Sheridan School District southwest of Denver saw a significant jump in test scores.

Among third-graders at Fort Logan Elementary School, 65 percent were reading at or above grade level, an 18 percentage point increase over last year.

Principal Barb Johnson credits hiring experienced teachers with early reading experience and a new strategy for organizing schedules this year. School leaders designed the schedule so there are several teachers at a time in the third-grade class.

“We had every available teacher working with our third-graders during their literacy, reading and writing block,” Johnson says.

For two hours a day, eight teachers were specifically devoted to helping third-graders with reading, which allows teachers to work with smaller groups.

She says teachers made adjustments on a near-daily basis if students weren’t making progress to ensure they didn’t fall behind.

Johnson adds that being able to diagnose students’ reading before third grade also helps. In the summer before third grade, school leaders called struggling second-graders into the school for more intensive testing.  They wanted to diagnose what each student’s problem was with decoding words or fluency issues, for example.

“That was helpful,” Johnson says. “Instead of waiting a week or two to get to know kids when they first come in, we were able to hit the road running right at the beginning of the year.”

The extra effort paid off for the school’s English-language learners in third grade as 60 percent scored proficiently – 10 percent higher than the state average.

Researchers at The Annie E. Casey Foundation (PDF) say third grade is a pivotal year. If students aren’t caught up to grade level by the third grade, the gap with the rest of their peers continues to widen with each successive year.

This is the last year of TCAP as the state transitions to a new test designed to align with the Colorado Academic and Common Core standards.