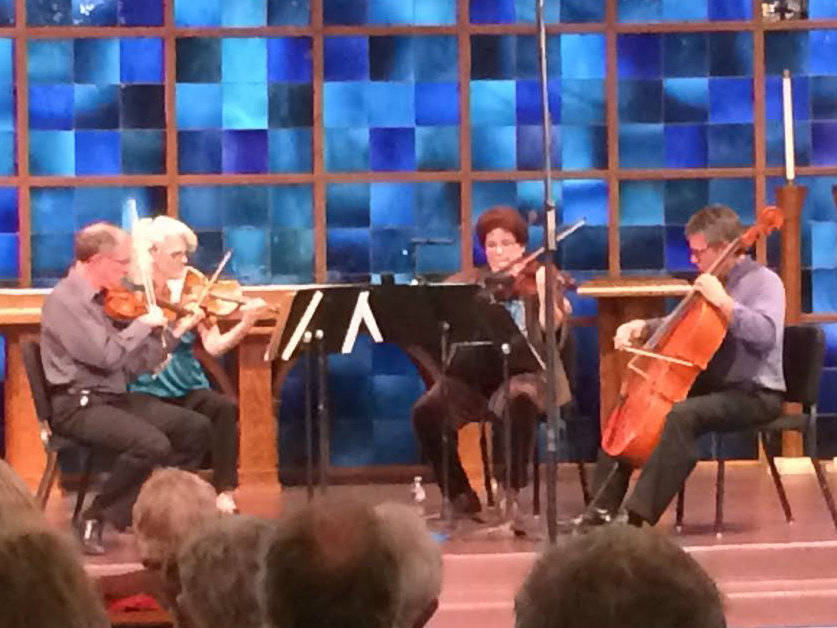 (Photo: CPR/Brad Turner)Bach's “The Art of the Fugue” doesn't arouse religious awe the way his "St. Matthew Passion" might. It lacks the playful changes in mood and tempo that make the “Goldberg Variations” so joyful and engaging.

The interplay between the melodic lines in “Art of the Fugue” can feel stark, even academic.

Credit the string quartet from the Colorado Chamber Players, then, for performing the piece twice as part of the inaugural Colorado Bach Festival.

While their counterparts in the festival choir and orchestra got to deliver Bach's exquisite "St. John Passion" over the weekend, the string quartet took on one of the composer's more cerebral triumphs.

For two hours at Denver’s Bethany Lutheran Church on Monday, the musicians dutifully translated its counterpoint experiments into moments of tender lyricism.

“Art of the Fugue,” composed in the years before Bach’s death in 1750,  is a display of genius in setting multiple voices against one another. (Bach didn’t specify the instrumentation for the piece, so it’s been recorded by a wide variety of musicians on different instruments.)

In the string quartet arrangement performed Monday, the cello or first violin often lays out a simple theme at the start of a movement and other instruments join in to augment the theme.

Sometimes the supporting voices simply repeat the theme a few measures later, or double it in a higher register, or -- in the more complex movements -- play the theme backwards beneath the main melody.

The piece’s 14 fugues and four canons are often left to Bach diehards and scholars. Yet throughout Monday's concert the quartet skillfully highlighted the latticework voices and lifted the melodies off the page. They brought a keen use of dynamics that supplied depth and tension to the material.

At several points the acoustics of the church, whose high ceilings would add warmth and power to larger ensembles, foiled the quartet. In some of the denser passages of “Art of the Fugue” the individual parts became lost in a wash of reverberations when the moments demanded acoustic clarity. It was too large a space for the performance. 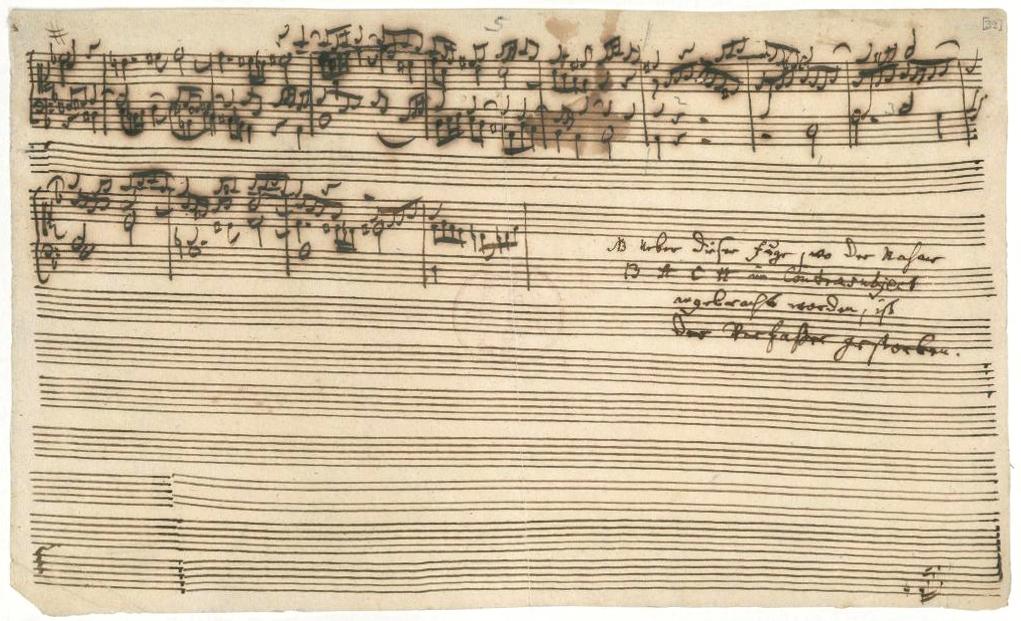 (Photo: Public domain)In one of their final gestures of the night, the four musicians stopped at the abrupt end of the printed music for the piece’s final, unfinished fugue.

While other performers sometimes add a conclusion to “Art of the Fugue,” the sudden ending added a sense of mystery to the music. What would the subsequent bars have revealed if Bach had lived a while longer?

Over the course of two hours, the Colorado Chamber Players breathed life into a piece that lacks the immediate appeal and punch of some of Bach’s choral works. The concert enabled audiences in Denver and Fort Collins to experience Bach as an innovator during a week of programming by the Colorado Bach Festival that also highlights Bach as a creator of sacred masterworks.