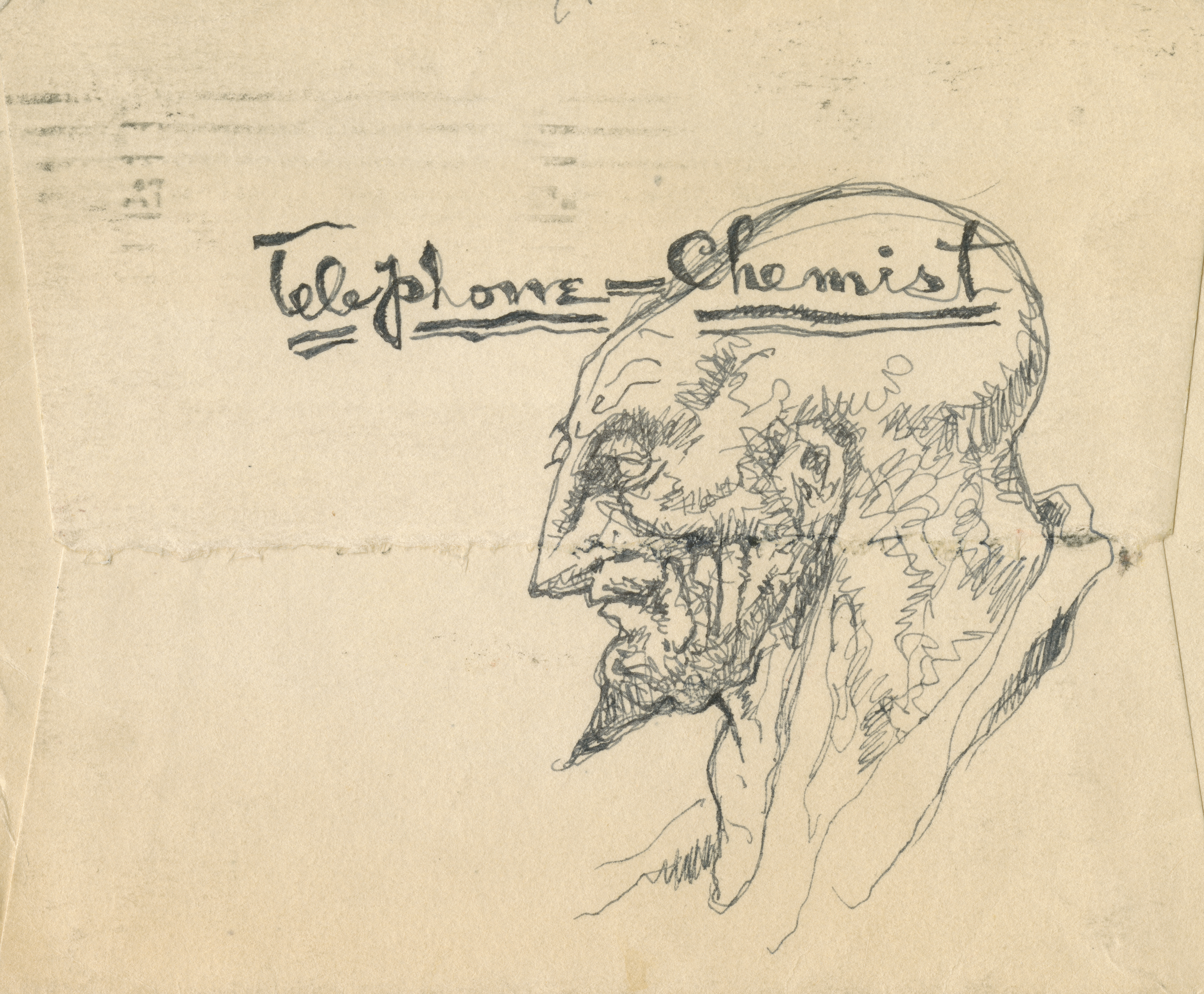 (Photo: Courtesy of CU Libraries Special Collections Dept.)A yacht club membership card with overdue fees. A matchbox cover from the Earl Carroll Theater Restaurant with a handwritten address on the back. A business card from a bureau chief at the Associated Press.

These were among the items found in American actor John Barrymore’s wallet at the time of his death in 1942.

Barrymore hails from a great American acting dynasty. His siblings, Lionel and Ethel Barrymore, were also well known actors, and his granddaughter, Drew Barrymore, is a Hollywood A-lister.

While the contents of Barrymore's wallet may seem like footnotes to the famous thespian's career, they are helping inform the Colorado Shakespeare Festival’s (CSF) upcoming production of “I Hate Hamlet.”

The comedic play features the ghost of John Barrymore as a central character.

And his presence has come to feel even more real since University of Colorado Boulder graduate student Roxxy Duda came across a forgotten stash of Barrymore’s personal effects at the university’s Norlin Library a few months ago.

Duda serves as the assistant director and dramaturg for “I Hate Hamlet.” 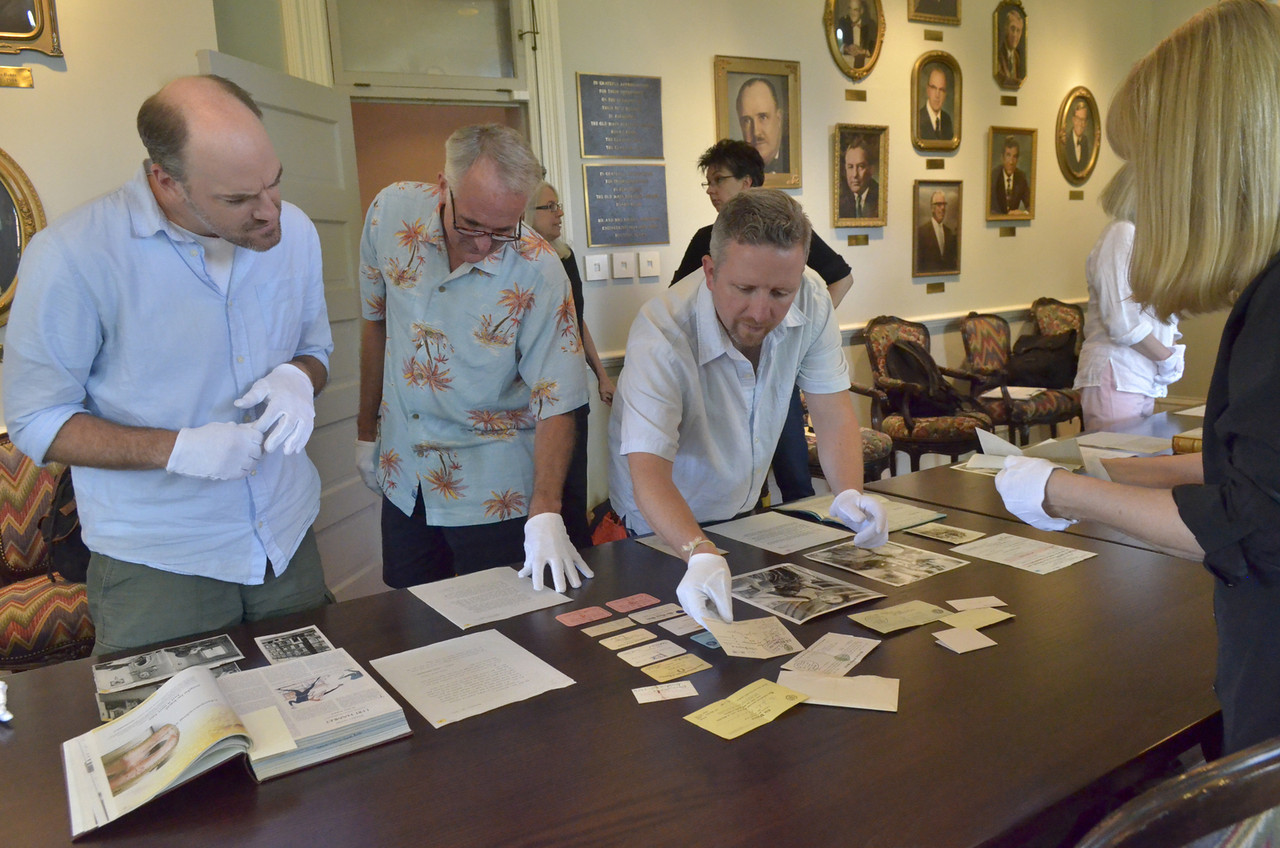 She was conducting research through an online scholarly database in anticipation of the production when she found an article from the Smithsonian that briefly mentioned personal items of Barrymore contained in the Gene Fowler collection at the CU Norlin Library.

Fowler (1890-1960) was a journalist and biographer who worked for the Rocky Mountain News and Denver Post. He was also a close friend and correspondent of Barrymore’s.

“I decided to give it a look and went over to the library’s special collections, where the article had mentioned it was,” Duda says. “And we started to pull out box after box.”

They then approached the library about doing an exhibition of the memorabilia at the Heritage Center to coincide with CSF’s production of “I Hate Hamlet.”

Susan Guinn-Chipman, who works in the archives and special collections department at CU Boulder Libraries, calls the Barrymore artifacts more of a rediscovery than a discovery.

“It wasn’t as though it disappeared,” Guinn-Chipman says. “It’s always been right there, waiting for scholars to use it.”

Although the boxes were found last December, CSF and the Norlin Library kept a low profile about them until this month.

By delaying the publicizing of the findings, the university hoped to create a buzz around both the play and the exhibit, head of special collections and archives at CU’s Norlin Library Bruce Montgomery says.

“We wanted the timing to be right with the beginning of the Shakespeare Festival,” Montgomery says. 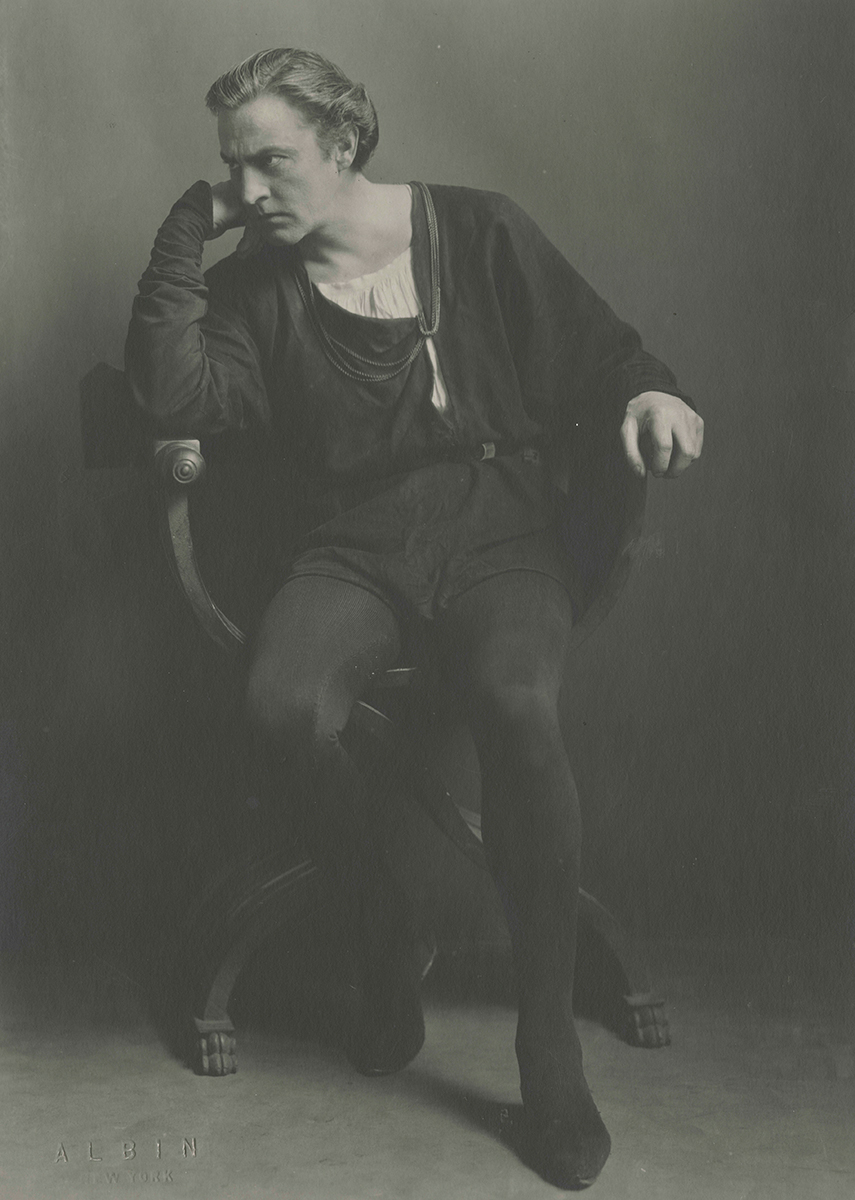 (Photo: Courtesy of CU Libraries Special Collections Dept./Albin, New York)Now, items like photographs of Barrymore as Hamlet, one of the roles he was most famous for, are enabling designers at CSF to recreate the intricacies of Barrymore’s wardrobe as well as his apartment. The actor referred to the apartment he lived in New York City near Washington Square as “The Alchemist Corner.” It serves as the setting for “I Hate Hamlet.”

Barrymore’s personal effects have also made an impact on the cast of “I Hate Hamlet.”

Denver actor Sam Gregory plays the Ghost of John Barrymore. Gregory says surveying the various items in the collection, like correspondence between Barrymore and his former wife before they divorced, helped him to understand his character and shifted his perception of the bombastic Barrymore.

“There’s all kinds of wonderful details that come out -- some sad and some amusing -- when you look at some of the items in that collection,” Gregory says. “It’s very helpful when you’re trying to get inside the mind of this character who was quite a flamboyant and larger-than-life person.”

Diving deeper into these personal items, Gregory says he saw a softer, quieter side of Barrymore. The actor plans to use this insight to shape his artistic choices on stage.

“There are tender moments in the play and, for those moments, I’ve brought forth more of a tenderness and caring to him,” Gregory says.

Starting this weekend, the general public can also view the rediscovered private and personal items by visiting the exhibition “The Alchemist Corner: The Private and Public Life of John Barrymore” at the CU Heritage Center.

“Getting to read these documents paints a more specific picture of Barrymore then you might get from the stories you hear about him,” Duda says. “It’s sort of like you’re peeking into a window that you’re not supposed to be peeking into.”

“The Alchemist Corner: The Private and Public Life of John Barrymore” opens at the University of Colorado Boulder Heritage Center June 13 and runs through August 29. For more information, visit CUHeritage.org. The Colorado Shakespeare Festival’s production of “I Hate Hamlet” runs June 13 through August 9 at the University Theatre. For more information, visit ColoradoShakes.org.