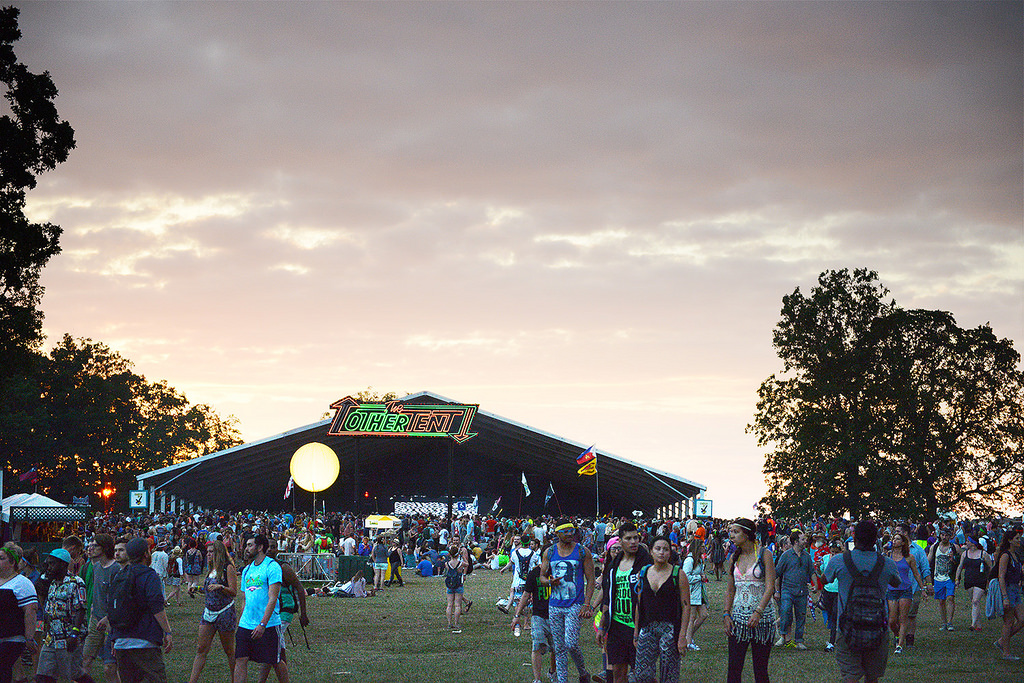 Although Thursday is in fact the first day of music, Friday kicks the event into high gear by opening up the main stage area on which the weekend’s three headliners (Kanye West, Jack White, and Elton John, respectively) will perform.

It’s also the day when the perhaps not so fond memories of travel and the rush to claim a camping spot are a distant memory, with Bonnaroovians fully immersing themselves in the charm and culture of this homely southern festival. 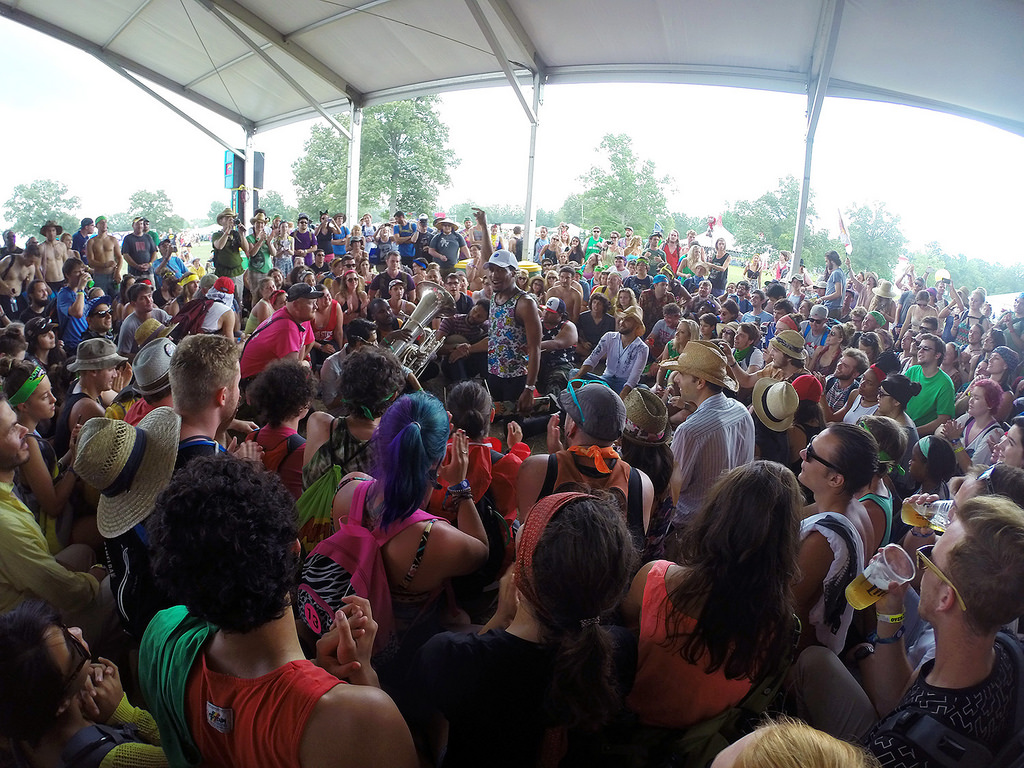 Here’s the deal with St. Paul & the Broken Bones from Birmingham, Ala.: singer Paul Janeway looks like your high school science teacher but sings like Otis Redding, a fact he was quick to publicize by covering “Try a Little Tenderness” at the end of the band’s set. The band moseyed through soul tracks off their recent debut album “Half the City” and threw in an unrecognizable cover of Radiohead’s “Fake Plastic Trees,” which had been chosen by fans in a vote. “Y'all didn’t think we’d do it like this, did you?” Janeway quipped after the song’s first verse, referring to the liveliness infused into a tune featuring Thom Yorke at his most downcast.

One tent over, Louisiana performer and music educator Jon Batiste had brought his horn band into the audience just as I had wandered over, putting me about 10 feet from the action. Like a pied piper of good vibes, Batiste led them on with his melodica, but giving way to skillful saxaphone and tuba solos when appropriate.

Who knew Sam Smith had such rabid fans? The probably teenaged girls behind me knew almost every word to the British singer’s songs, save the ones not yet released from his upcoming debut album “In the Lonely Hour.” The fever pitch reached almost Bublé levels, but Smith isn’t the lounge singer type. Standout tracks like “Money on My Mind” demonstrate too much of a comprehension of the direction of modern pop to bury themselves in the past, and a faithful rendition of Arctic Monkeys’ “Do I Wanna Know?” proved Smith’s affinity for rock as well. 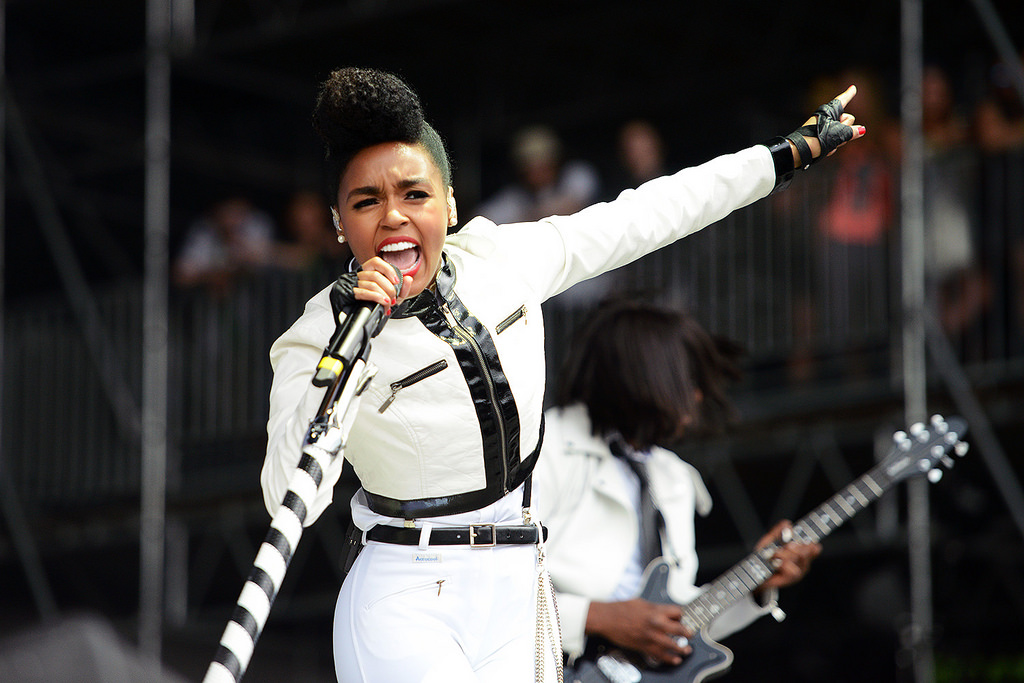 At the start of her effervescent main stage performance, Janelle Monae was wheeled out by men donned in psychiatric ward gear, with the singer strapped into a straightjacket. It was the only moment of the hour set where she stood still (save a death-and-resuscitation bit towards the end). Yes, Monae is every bit a showman and crowdpleaser as her R&B predecessors: James Brown, Prince, Aretha, you name it. But none of those great musicians are the Electric Lady either. Her music can wake the (relatively) dead. I witnessed it myself: two festivalgoers in front of me lay immobile on the ground wrapped in blankets, presumably after a few too many beverages, but when “Cold War” started, both were instantly riled up into consciousness.

Bonnaroo is chock-full of tough choices, a big one of which was Vampire Weekend and Phoenix vs. Neutral Milk Hotel. I know firsthand that Phoenix put on a great live show, and I’ve been a longtime Vampire Weekend fan. But ultimately, I might never get the chance to see NMH again, while VW likely have many more years in the tank. Jeff Mangum and company only have two albums’ worth of material, but covered a vast majority of it in their surprisingly extroverted hour-and-ten-minute set. “Reunion” shows can often be stale or bloated, but as “In the Aeroplane Over the Sea” reached its 16th anniversary, it was clear last night that, in 2014, this music teeming with loneliness and nostalgia is meant to be shared with thousands of people singing along. 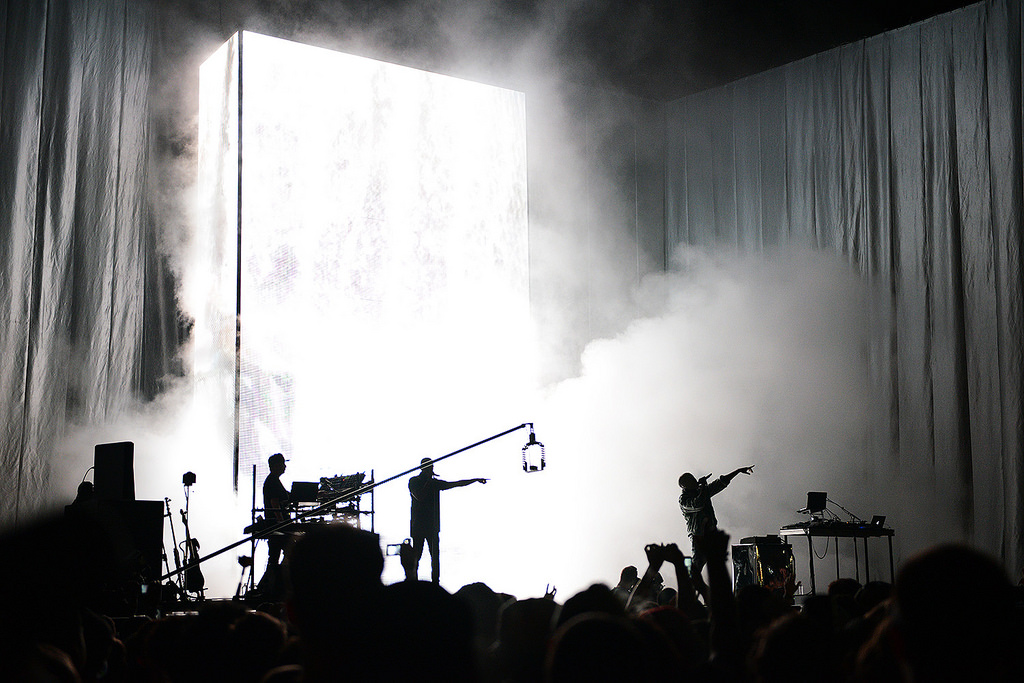 Really, Kanye? That’s your light show? The one you couldn’t perform without, thus canceling your Denver show when one of your LED screens was damaged in a truck accident? The very show I had tickets to??? But seriously, I didn’t get too good a look with the swarming crowd, and obviously a festival setting is different than an 18,000-capacity basketball arena. Anyway, I caught about the first enjoyable 45 minutes of the rapper’s headlining set, apparently missing his long rant against the press. The jury’s still out if that’s a good or bad thing.

The crowd at the Miller Lite On Tap stage had plenty of choice words for rival time-spot holder Kanye West, but Speedy Ortiz singer Sadie Dupuis wasn't having it. "Kanye personally invited us here," said Dupuis in between songs, opting not to be another of Mr. West's long list of supposed naysayers. Instead, the four-piece from Massachusetts turned in an energetic, humorous, and catchy 45-minute set incorporating cuts from last year's "Major Arcana," this year's "Real Hair" EP, and singles like my personal favorite "Taylor Swift." The group recently found a new guitarist in Devin McNight, who didn't miss a beat and even added a few notes here and there like on the solo to "No Below," a more somber tune the band insisted on playing after alledgedly being scolded for not doing so at Primavera Sound.

I'm not certain that the brothers Lawrence do too much live during a Disclosure set, other than the occasional vocals like on opener "F for You." The difficulty of a highly collaborative dance act like Disclosure is that they can't exactly bring out Mary J. Blige, Eliza Doolittle, or other singers who contributed to their fantastic and wildly successful debut "Settle." But the fact is, you can hear the hard work the two brothers put into the record just by experiencing it, either live or on your stereo system, the latter of which is superior for its entrancing light show. However, a setting like Bonnaroo does open up possibities when the singer on your finest song, "Latch," played an afternoon set the very same day as yours, and to the surprise of few but the content of thousands, Sam Smith turned up to close out the set.