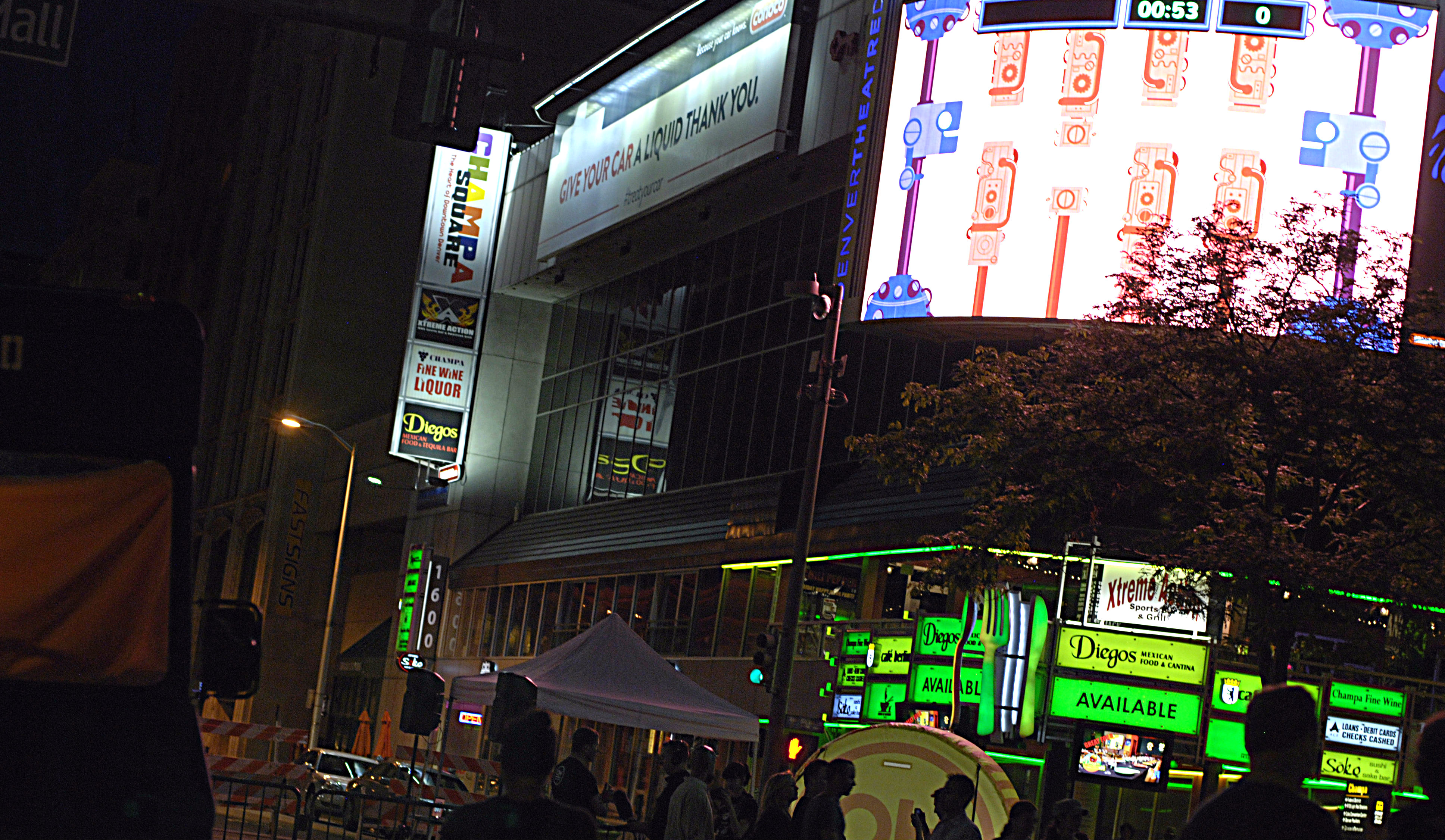 Denver's 'Blue Bear' is lost in the Colorado mountains and he needs your help getting back to the Convention Center.

The event, devised by creative strategist Brian Corrigan, runs between 14th and 16th streets along Champa Street, every Thursday and Saturday night through July 26.

“It’s such a different context for this type of entertainment,” 'Oh Heck Yeah' game designer Justin Gitlin says. “When it comes down to it, video games are art. Think of all the design, the 3D-modeling, the audio, user interaction, and the thought that goes into it. There are so many levels of the creative process.” 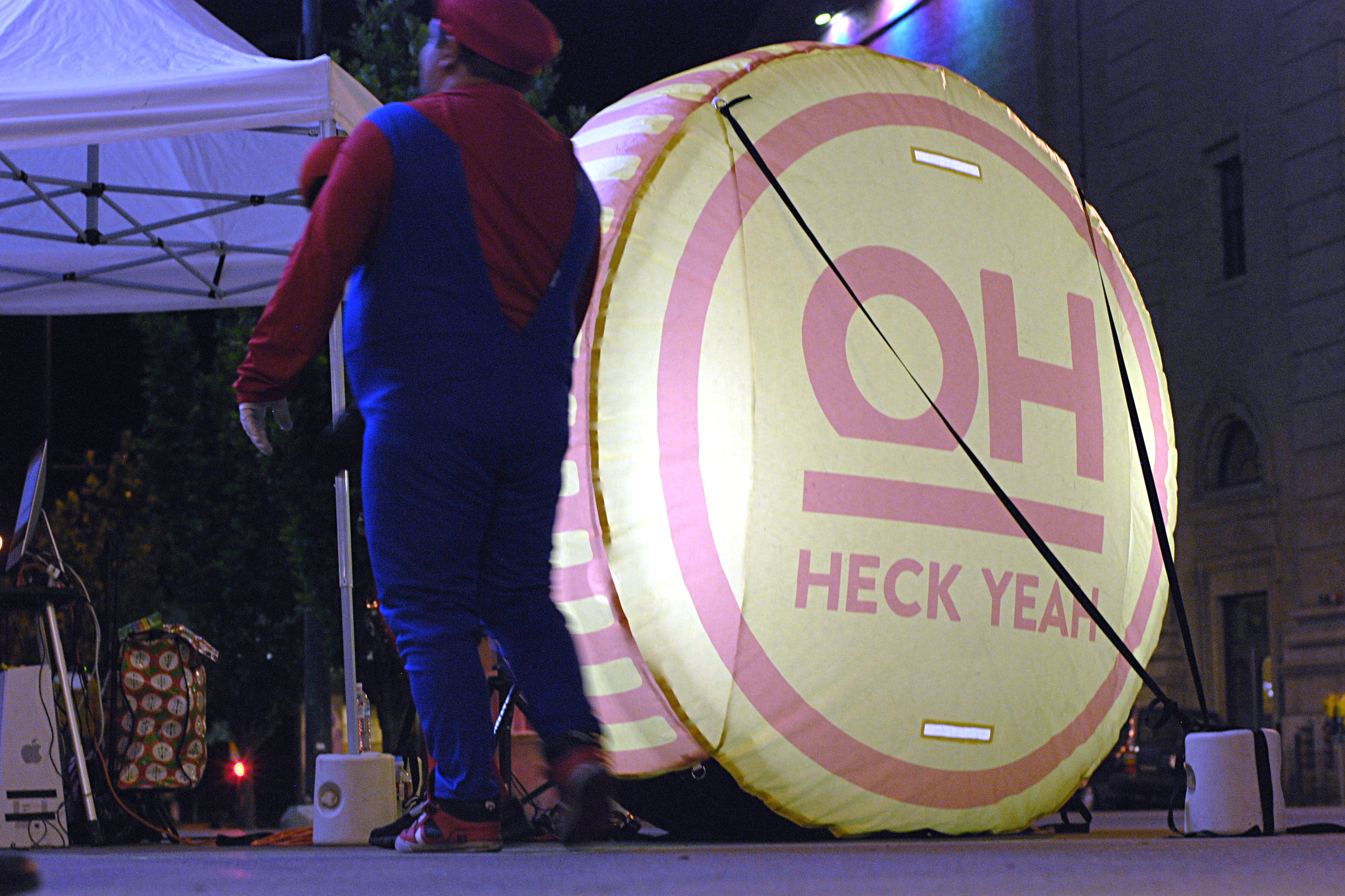 (Photo: CPR/Morgan Hofmann)Decked out in a Super Mario costume, Manny Gamez from Utah stopped by to play the game after attending Comic-Con in Denver on June 14.

“I walked out to find the biggest video game I’ve ever seen in my life, and it makes me feel like a little kid all over again,” Gamez, who gamed a lot growing up and now studies video game design, says. “It’s really fun, a simple design. This is just an evolutionary step in gaming, we all want to become part of the game and this is actually doing it for us.”

The games are tailored for any ages. And that’s important for mother Angela Kirkpatrick of Aurora.

“I have a four and a five year old, and I think they would love it,” Kirkpatrick says. “It’s not sex and violence, so for a parent that’s really nice.”