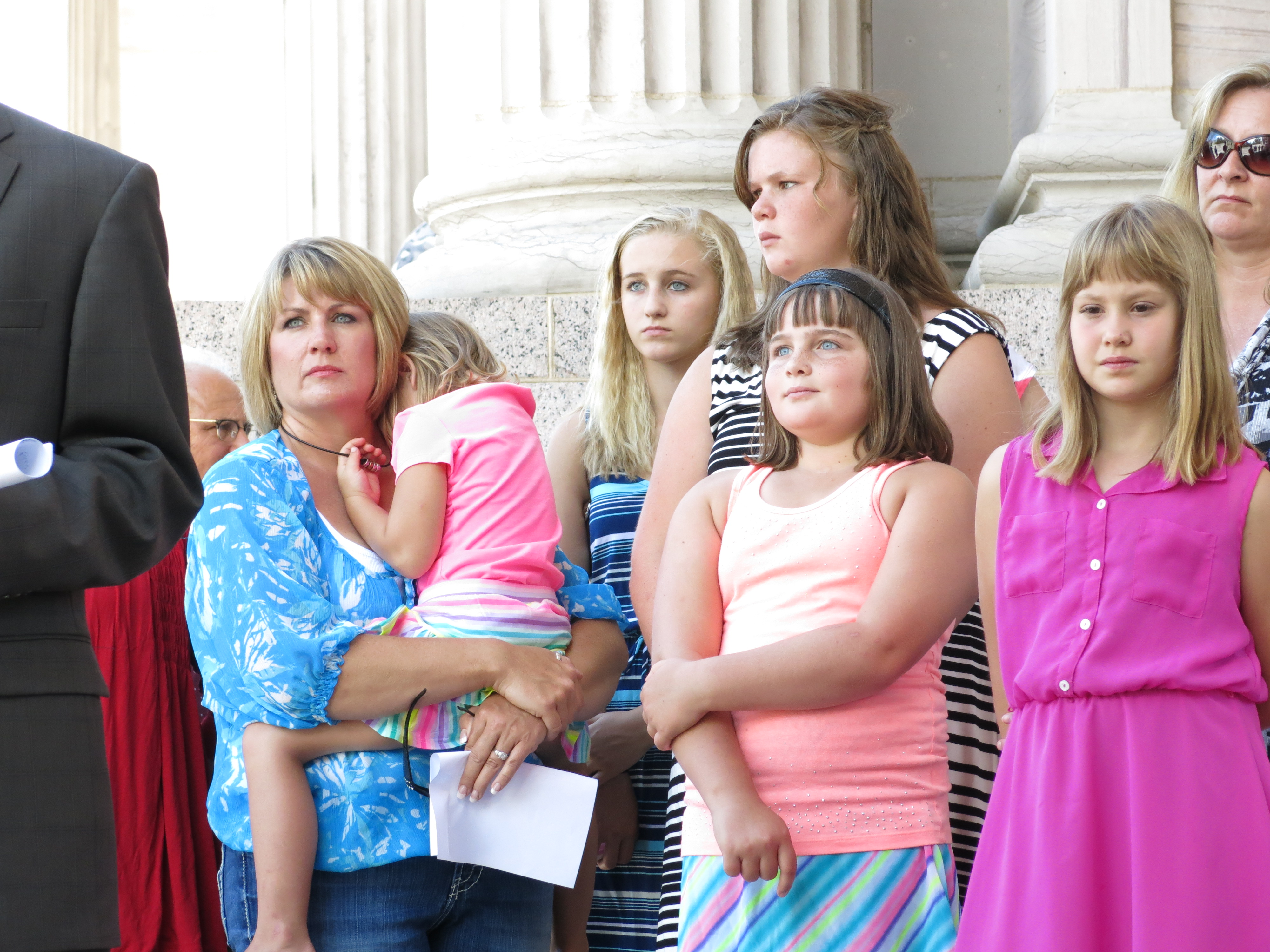 (Photo: Courtesy of Emma Brown)A group of educators, parents and school districts filed a lawsuit against the state of Colorado Friday that seeks to enforce Amendment 23, a voter-approved measure that called for more school funding.

Voters approved Amendment 23 in 2000 after Colorado had fallen behind other states in education funding. Amendment 23 required, at minimum, that the state gradually catch up to 1988 funding levels and then hold steady, even in times of economic downturn.

Lawmakers did this for a decade. But in 2010 – deep in the throes of the recession – they reversed course and began cutting. Lawmakers used a complex legislative maneuver called the “negative factor” that allowed them to cut almost $1 billion each year from public schools. 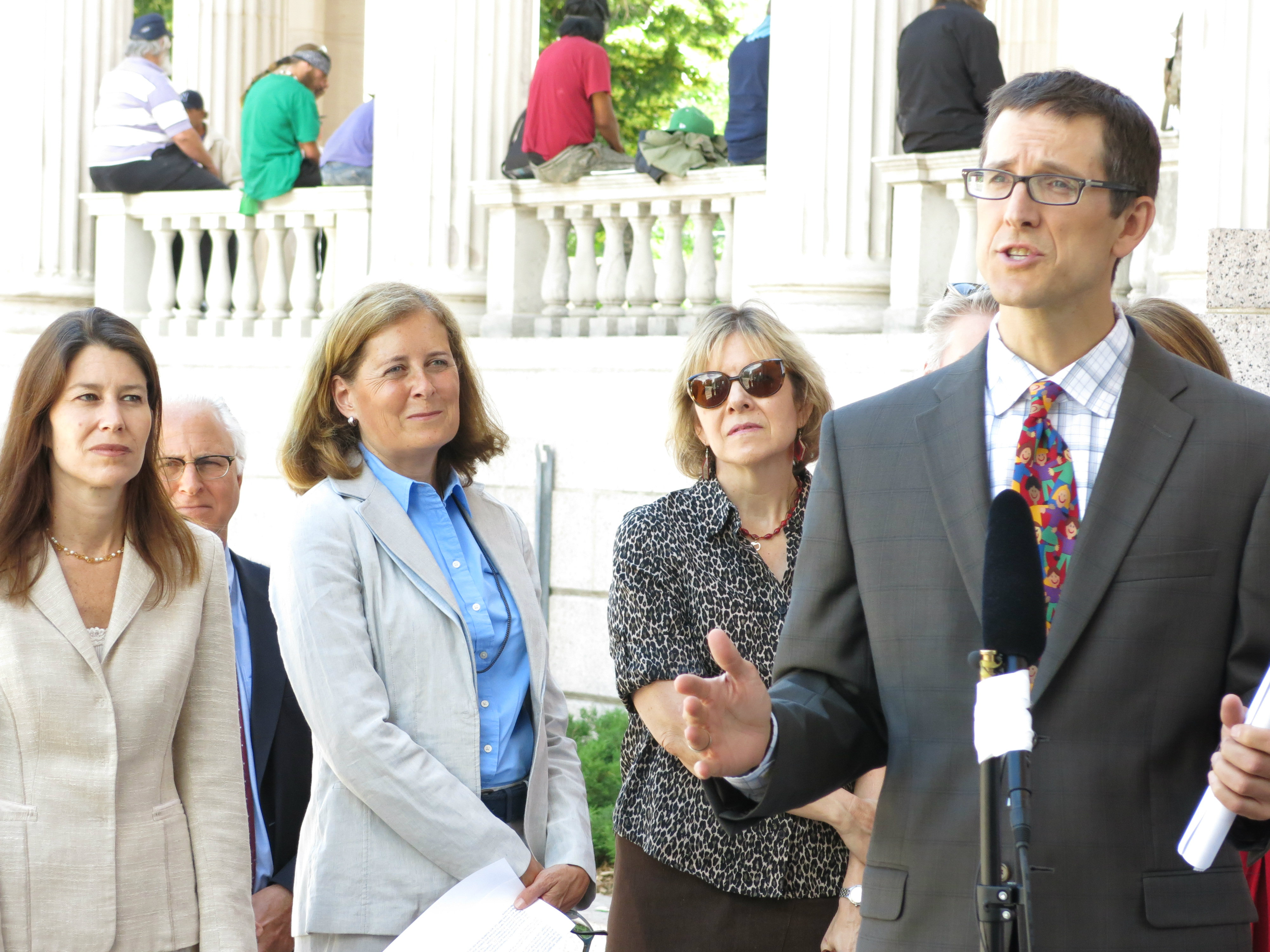 (Photo: Courtesy of Emma Brown)“This isn’t theoretical,” says co-lead attorney Kathleen Gebhardt, executive director of Children’s Voices. “These cut are real. They’re being felt every day across the state of Colorado by every student, by every school district, by every community and all we’re asking for is the legislature to honor the words in the constitution. What the legislature did was the one thing the voters of Colorado asked them not to do, which was to cut education funding. “

“We have had our programs cut to the bone,” says Paula Stephenson, executive director of the Colorado Rural School Alliance, which represents 147 rural school districts and is one of the suit’s plaintiffs.

She described teachers who have left to teach at the jail or the local mall where they are paid more, because schools can’t afford to pay a livable wage.

“Every time a teacher retires,” she says, “they’re not getting replaced. We’re not buying textbooks. We’re having larger class sizes. Capitol construction projects are being put on hold.”

Also signed onto the suit are the Colorado PTA, four sets of parents, and several school districts, including Boulder Valley.

PTA paying for nurses and more

Michelle Winzent, president of Colorado PTA says members are increasingly being asked to raise funds to allow schools to operate.

“We have PTAs that are actually funding the nurses in their schools,” she says.  “They’re asked to fund teachers or paras [teachers’ aides] to make sure they’re kids are getting the education they need.”

“I graduated in 1988 and I think it is only appropriate that kids today get the same funding that I had when I graduated from high school.”

Plaintiffs argue that if Amendment 23 had been honored, funding would have been restored to 1988 levels in 2011.

“The state can’t just ignore the constitution,” says Lindi Dwyer, lead plaintiff in the suit, and parent of four students in the Kit Carson school district.

Attorney Kathy Gephardt says this lawsuit has a much narrower focus.

“This is a simple issue which is, ‘did the legislature violate what the voters intended when they passed Amendment 23?’” she says.

Colorado’s Attorney General’s Office is reviewing the lawsuit. A spokesperson says it “will defend the state against the legal challenge as we do with any legal challenge.”