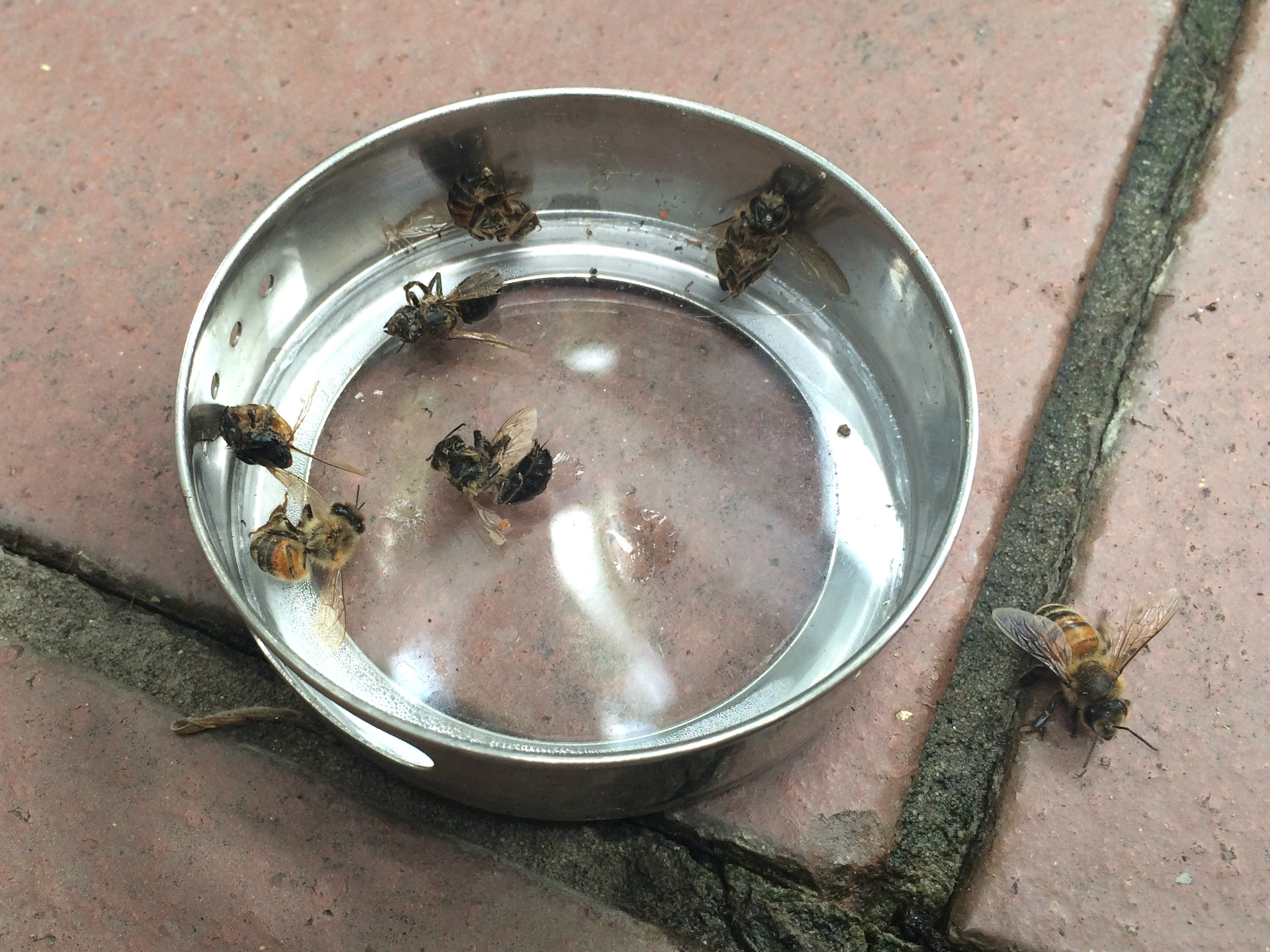 Every night, you can find Kit Van Winkle on her back patio in Boulder. She's not out enjoying the summer evening though; she's sweeping dead bees off the floor.

The sick ones stagger around in crazed circles, like a tricycle with a busted back wheel.

"Breaks my heart to watch them struggling," Van Winkle says. "They can’t fly."

Van Winkle says she first noticed the dead bees in mid July. Several days before, little yellow flags appeared in the grass around her apartment complex -- the kind that signaled that pesticides have been applied.

Bee populations nose dived a few years ago, a potentially huge loss because bees pollinate about a third of everything we eat. No one yet knows why this is happening, but Van Winkle wonders if pesticides are the reason for her nightly clean ups. The Colorado Department of Agriculture is investigating.

A couple of miles west, the Melody-Catalpa neighborhood in Boulder wants to ensure its bees thrive. It's become the first in the country to earn a distinction as a safe haven for honeybees. That designation came from an environmental group, the Living Systems Institute of Golden.

At her backyard beehive, she talks about “colony collapse disorder” the name given to the decade-old phenomenon in which significant numbers of bees vanish from their hives.

"Our food supply is dependent on them," Greacen says. "We totally take them for granted, but they’re keeping our world going."

So Greacen and a few neighbors decided to work to make their neighborhood more friendly to bees. Knocking on every door, they asked people to commit not to use pesticides that can harm bees. Greacen told her neighbors about organic treatment options for their lawns and to avoid buying plants with neonicotinoid pesticides, thought by some scientists to be especially hazardous to honeybees.

"We had about 96 percent of all homes we went to signed our pledge," Greacen says.

Meanwhile, east of town out in the country, organic farmer Rich Andrews is leading the charge to make Colorado’s pesticide laws more strict across the state.

"Pesticide use ought to be minimized," Andrews says. "The fact is, they are poisons."

Next year -- for the first time in a decade --  the “Colorado Pesticide Applicators Act” is up for review. Andrews wants to see many changes.

"One is to restore the ability of local governments to regulate pesticides," Andrews says. "That authority was taken away by the state Legislature in mid 90s."

Allowing towns and counties to set their own rules would make it very difficult for farmers and pesticide applicators to stay within compliance, says Mark Sponsler, CEO of the Colorado Corn Growers Association.

"We don’t support that form of local control," Sponsler says. "I would argue it would do little, if anything, to improve safety of an already intensely regulated industry.

The debate will come to head during next year’s general session of the state Legislature.