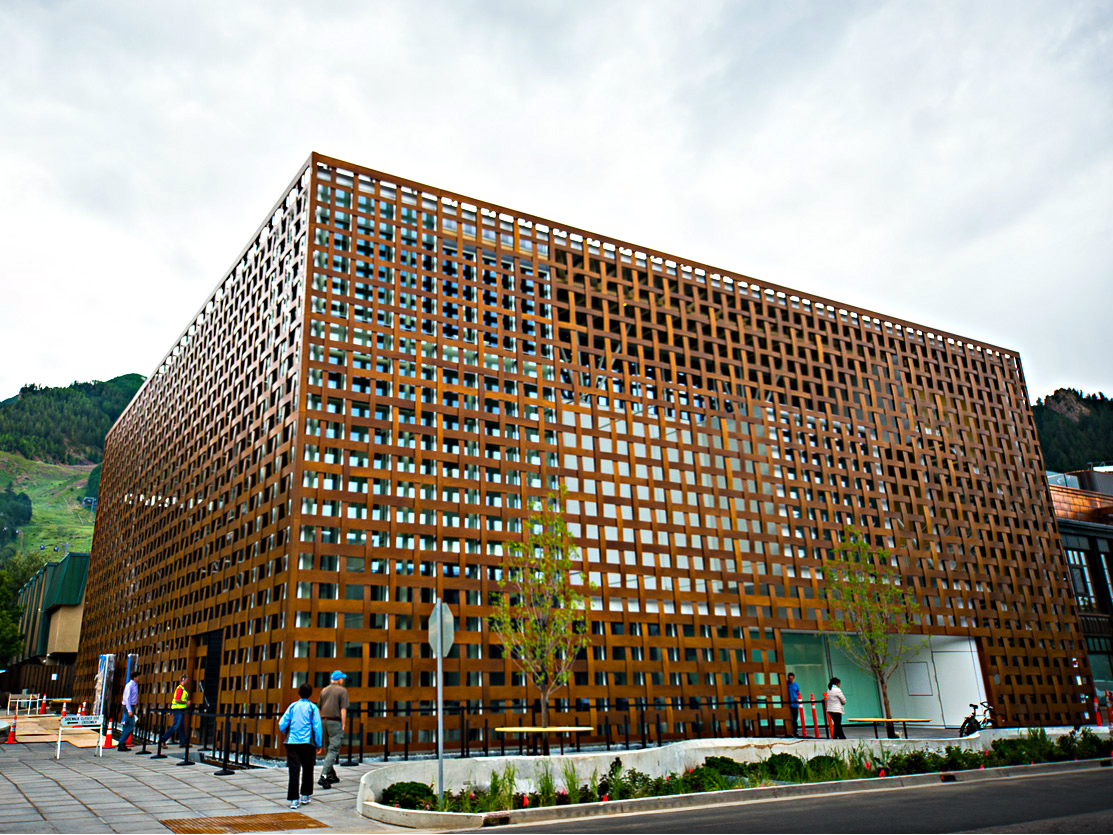 At least four people have climbed up the exterior of the museum’s new $45 million building, according to police reports and other accounts.

The Aspen Police Department this week pressed charges against two people for trespassing after they climbed up the outside of the building.

“Our number one concern is always the health and safety of the folks who live here, work here and choose to recreate here,” Aspen Police spokesperson Blair Weyer says. “Climbing up high on any building poses some serious dangers.”

A museum security guard discovered Lauren Ashley Twohig, 20, and Cooper Donald Means, 22, climbing the four-level museum while a third person attempted to photograph the act on Sunday around 6:30 p.m.

According to the Aspen Daily News:

All three were issued trespassing citations, but the next day, police dropped the charge against the photographer because he never admitted to climbing the outside of the museum. Twohig appeared in Aspen Municipal Court on Wednesday and received a six-month deferred judgment. Means is due in court next week.

Weyer says Aspen Police also received a report on August 2 of someone climbing and possibly falling from the museum's facade, but officers were unable to locate a suspect.

The museum has received mixed reviews. Artist and State Senate candidate Lee Mulcahy is one of the vocal critics. Mulcahy -- who is presently banned from the museum -- offered to pay $100 to the first person to climb the museum, a reward he says he’s already paid to a French citizen.

“I know we have a lot of mountain climbers in our communities,” Mulcahy says. “And if a French girl can get up there, I think Colorado residents owe it to themselves to stand up for liberty.”

Mulcahy says he is now offering a $500 reward to the next full-time area resident who climbs to the top of the museum, photographs the act, and posts it on Twitter.

Weyer says the Aspen Police Department was aware of the possibility of climbers and will continue to respond to calls from the museum and its security staff.

“Officers were ready to be on the lookout,” Weyer says. “We’re not sitting outside the doors waiting for it to happen, but we are responding to any calls from the art museum and its security staff, who are paying pretty close attention to this issue.”