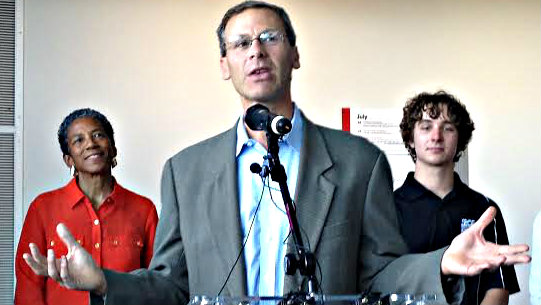 The plan updates the original Denver Plan begun in 2005. It is based on responses from 3,000 community members, including parents, families, teachers, school leaders and community partners.

The district’s superintendent, school board members and community leaders gathered at a press conference at Denver’s Museum of Nature and Science to outline the plan, which has one overarching goal and four supporting goals.

Superintendent Tom Boasberg says the new goals and objectives mean “that’s how we’re going to spend our time, our money, our professional development time and also that’s a standard that we’re going to hold ourselves accountable to.” 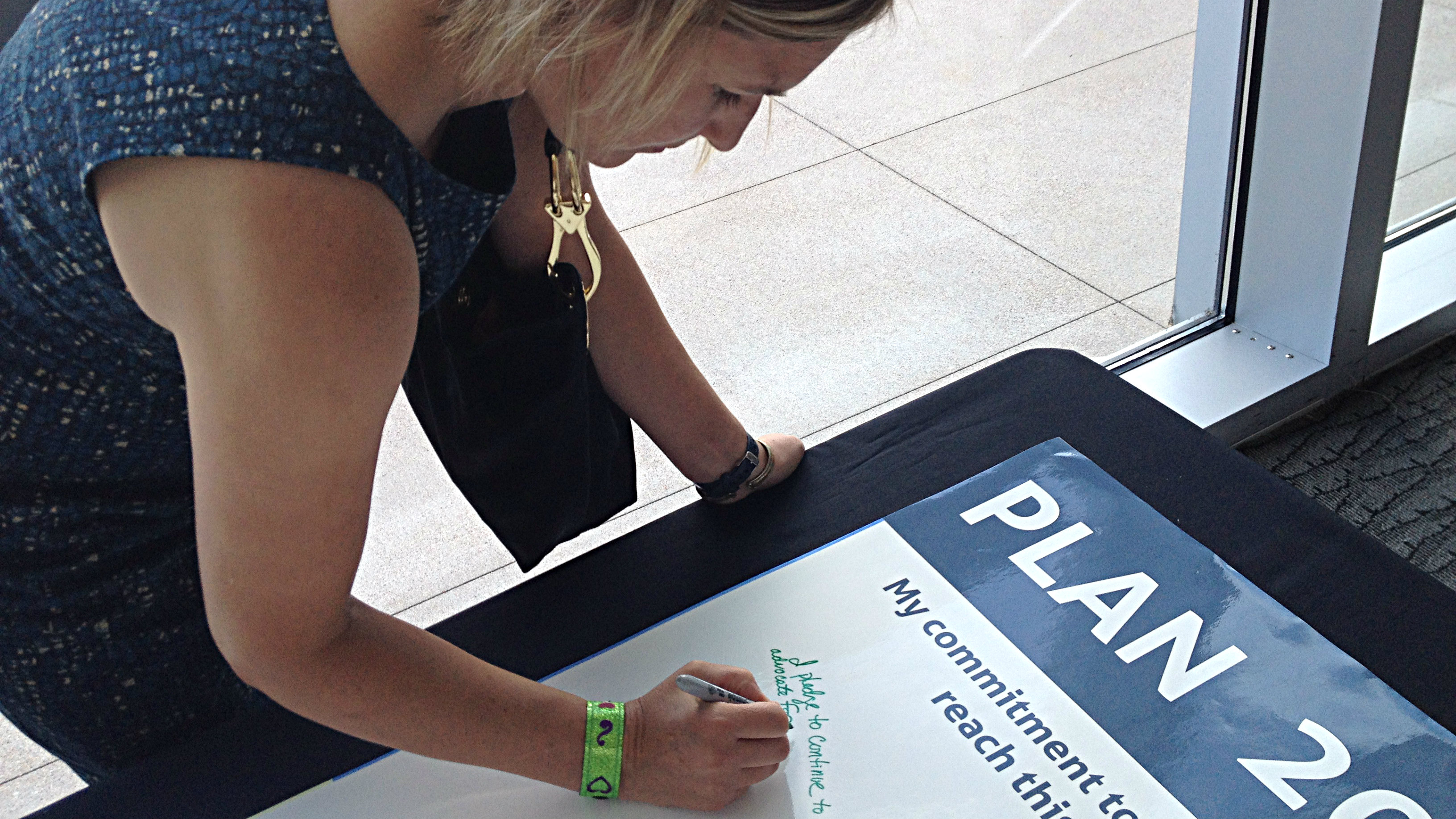 (Photo: CPR/Jenny Brundin)Boasberg and other leaders repeatedly stressed that to reach the goals, the entire community needs do what it can to assist, for example, mentoring a student.

A second goal is that 80 percent of third graders will be reading at or above grade level. Now 60 percent are on target. Students who read and write at grade level in 3rd grade are likely to be at grade level or above in reading, writing and mathematics in 10th grade.

District leaders say that means putting more resources into teaching the early grades – preschool through third. There will also be more instructional support for students whose native language is not English.

The third goal is to increase the four-year graduation rate for the number of students who start with DPS in ninth grade to 90 percent. Right now it’s 68 percent. 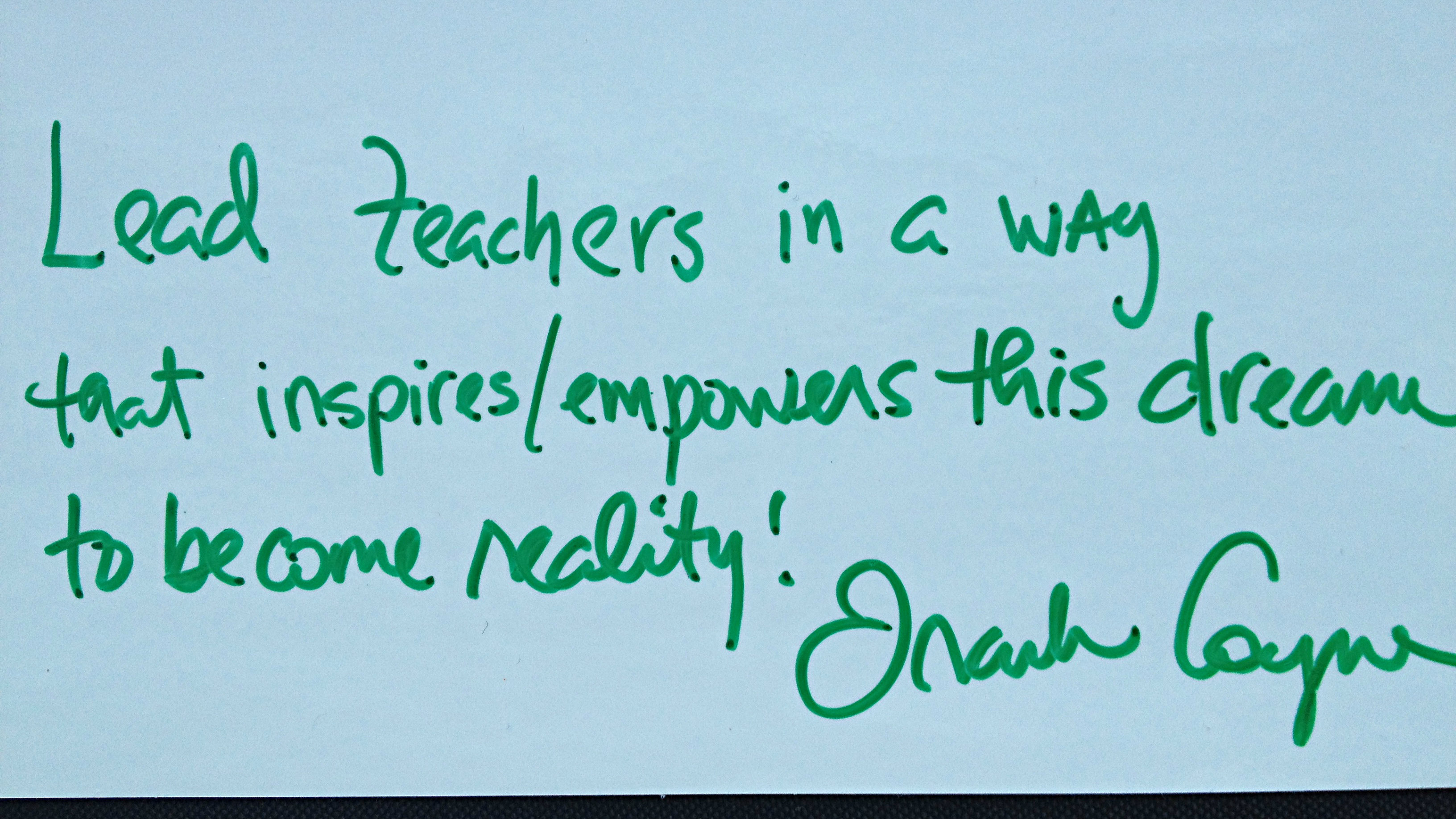 (Photo: CPR/Jenny Brundin)The fourth goal, which received strong support from the community, is providing support for the “whole” child. The district says that means establishing an environment that strengthens students’ social and emotional skills. That includes teaching children how to manage their emotions and how to establish and maintain strong relationships.

“[It’s] a recognition that  as important as academic and cognitive skills are, which they certainly are, we also need to make sure we build up and support our children’s social and emotional well-being, their creative side, their athletic side,” DPS Superintendent Tom Boasberg says.

By 2015, a task force, including DPS staff, community partners and city agencies providing services to DPS students, will recommend to the Board of Education a plan to measure this goal and track progress.

Boasberg says overall, strategy shifts include a laser focus on building positive, collaborative school cultures with high expectations and distributing leadership among teachers so as to cultivate leadership from within schools.

“This is not going to be something that’s created by default but something that we intentionally create in each of our schools,” he says.

For teachers, the plan hopes to spawn deeper feedback and coaching along with incentives and supports for educators teaching in schools with the highest needs. 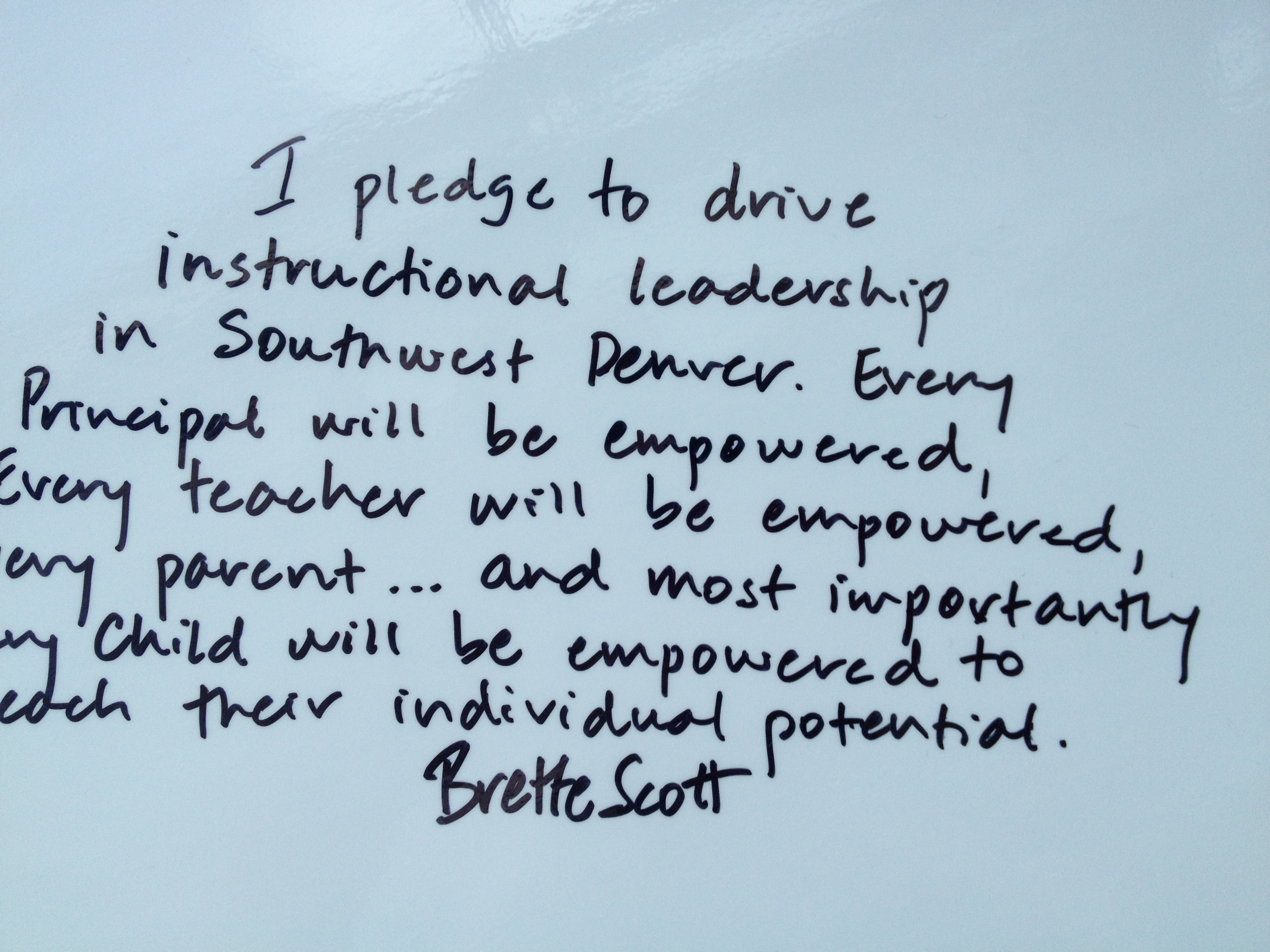 (Photo: CPR/Jenny Brundin)Denver’s school board approved the 2020 plan shortly after it was announced Tuesday.

Nearly 90,000 Denver students start school next week, in the fastest growing urban school district in the country. Nearly three-quarters of students are poor enough to qualify for federal free and reduced lunches and 41% speak a language other than English at home.

The district’s ethnic break-down heading into the 2014-15 school year is: