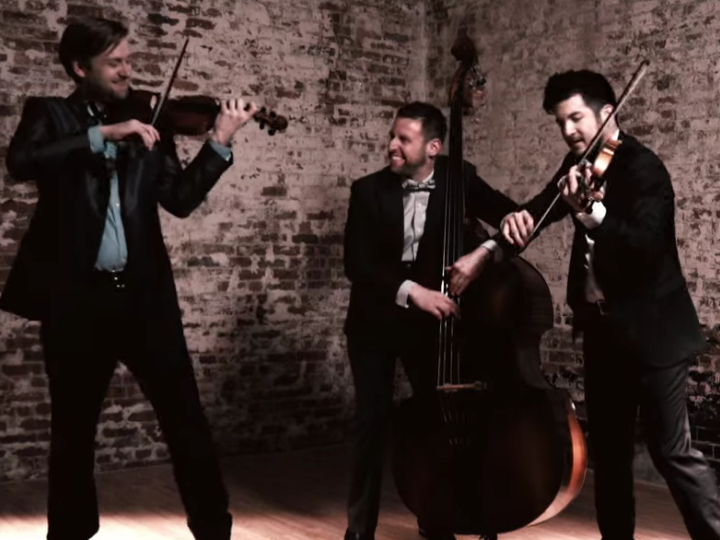 Violinists Nick Kendall and Zack De Pue and bassist Ranaan Meyer give the group an eclectic sound. For example, on one track they mix Bach with folk singer-songwriter Bon Iver.

The results are sometimes hard to describe.

“We’ve called ourselves a classical garage band,” Meyer told CPR Classical’s Monika Vischer. “We’re just really proud to be a part of something that’s moving in a direction. It feels right and it feels really good.”

Click the audio above to hear more from the interview, including the ensemble’s thoughts on what makes a musical mashup successful.

Watch a video for “Banjo Love” from the new disc: