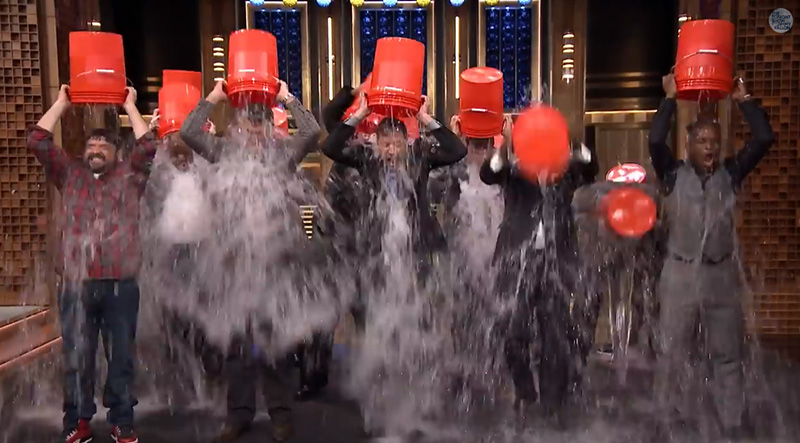 The challenge dares people to be filmed having a bucket of ice water poured on their heads and then nominating others to do the same, while at the same time encouraging donations to the ALS Association in the process.

Here are a few notable musicians who took the plunge and helped fund ALS reserach:

World renowned producer Rick Rubin revived Johnny Cash's career, brought the world the Red Hot Chili Peppers, and is basically responsible for anything of quality on Kanye's album "Yeezus." He took the avante-garde route for this video.

You might know him as the lead vocalist for Pearl Jam, but I'll always have a place in my heart for the compilation of solo songs he recorded on a ukulele.

Originally the drummer for Nirvana, now the frontman of Foo Fighters, Dave channeled the film "Carrie" for his Ice Bucket Challenge.

He didn't try very hard on this video, but who doesn't love Jack Black?

Jimmy Fallon and his backing band The Roots were among the first to embrace the Challenge.

Took some time off from performing (literally in the middle of a concert) to dump ice on his head.