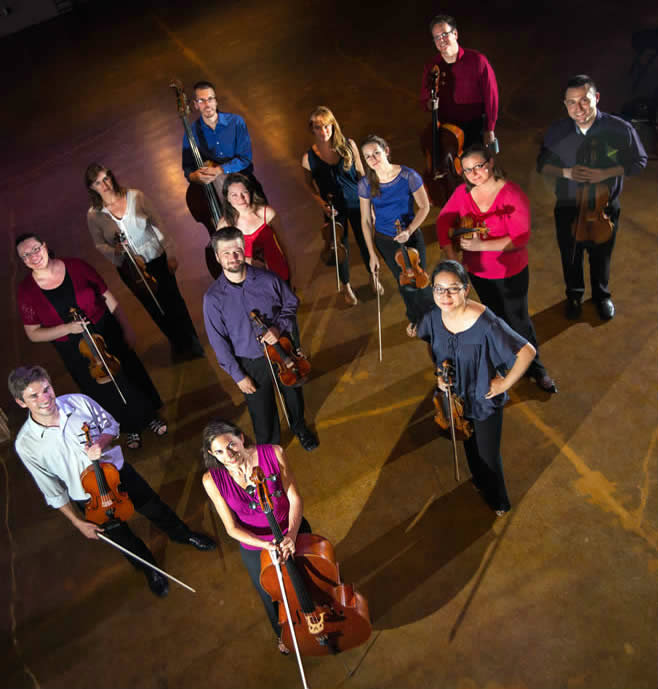 (Photo: Danielle Lirette)Sphere Ensemble, a 13-member string group that plays frequently in Denver and Boulder, performs the first shows of its new season this weekend. The ensemble is preparing new arrangements that play up the group’s versatility.

There's also Nina Simone’s “Feeling Good” mixed with music from Clara Schumann’s Piano Trio, and a version of singer-songwriter Regina Spektor’s “All the Rowboats” that incorporates quotations of several classical pieces into the song.

Details on this weekend’s concerts:

Click the audio above to hear more about the group from Charley.

Watch Sphere Ensemble play a musical flash mob version of Pachelbel’s Canon in D at the University of Colorado: