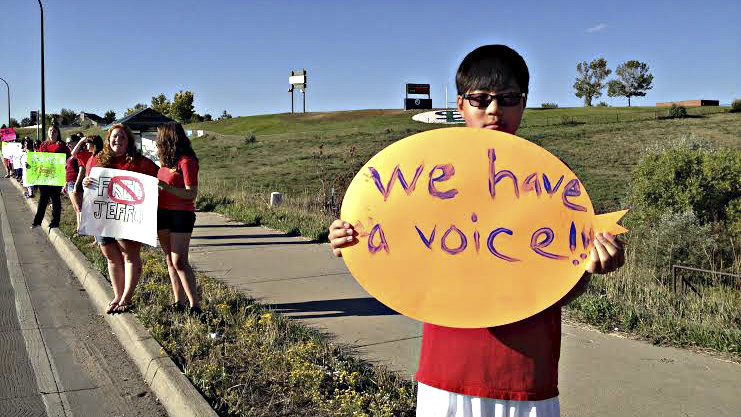 Exactly one week ago Friday, about 100 students at Standley Lake High in Westminster weren’t in class. Instead, they walked east down the long block to Wadsworth Boulevard.

They held a few random, hand-painted signs. They stood in little clumps talking to each other. Some looked a little nervous. What would happen when cars passed by? They soon found out. A cacophony of honks began. Even truck drivers hit their thundering horns.  The kids cheered. They started to chant, quietly at first, then with confidence.

That was the start of a movement that spread to more than a dozen Jefferson County  high schools – with the protests growing in size and organization. The students’ message to the Jefferson County School Board was focused: Don’t mess with the Advanced Placement U.S. History curriculum.  Last week, new school board member Julie Williams proposed forming a curriculum review committee that would promote patriotism and the free enterprise system in history classes.

Late Friday afternoon, the New Jersey-based College Board, the organization behind the Advanced Placement program, issued a statement saying it supports the students' action.

"These students recognize that the social order can – and sometimes must – be disrupted in the pursuit of liberty and justice."

The organization, a private company the develops and administers standardized tests, also warned that "essential concepts" must not be removed from classes.

"As vital context for the courageous voices of the students in Colorado, the AP community, our member institutions and the American people can rest assured: If a school or district censors essential concepts from an Advanced Placement course, that course can no longer bear the “AP” designation."

Friday morning at Standley Lake, classes hummed along as usual, but kids say the tumultuous week has sparked a sense of pride in them for being the first school to demonstrate.

"I think it’s awesome that we’re the ones who initiated the change and initiated the progress," says senior Georgi  Carter, who took AP History last year. 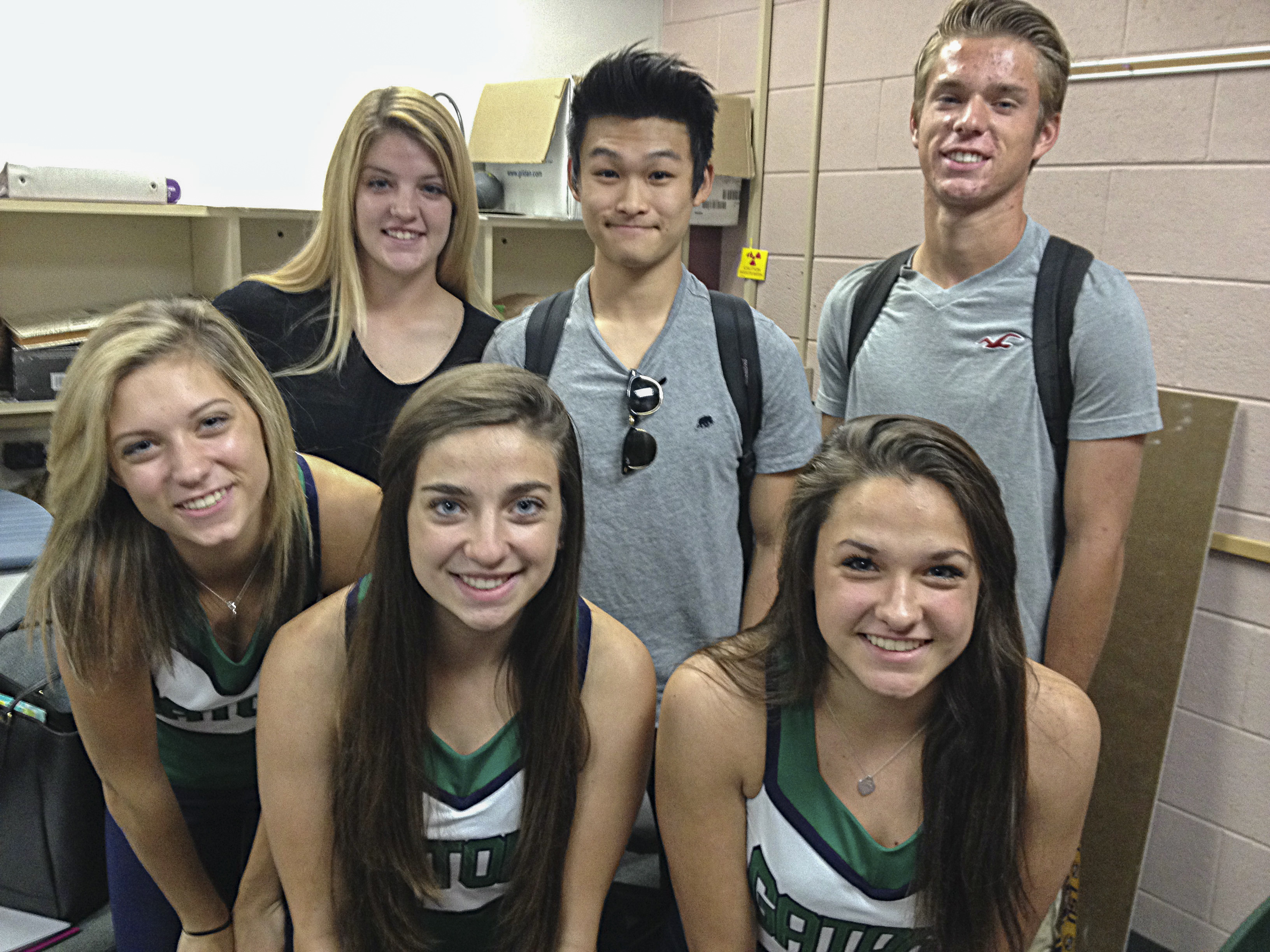 Danielle Lombardi, a senior, said it was "amazing" to watch the protests spread across the district.

"This, more than anything, has given me the confidence that we can change the world," she says. "It shows that a group of people can make a world of difference."

As students in a world largely controlled and organized by adults, they haven’t had a chance to piece together how they fit into the world. How do they connect the dots between the proposal and what it means to them personally? And should they react to it?

Shelby Carter says the board’s proposal allowed her to answer those questions.

"Last year, our social studies teacher ... said 'If you guys have the opportunity to make a change, would you do it?' And during that time, we really didn't know the answer to that question because we're scared for the consequences.

"And now ... we don't want our education to get changed; we don't want it to be censored. We want to know everything. It's helped me personally to be more brave and participate more in school."

Others say it’s prompted them to do more research about what’s going on in the district, what the proposal is exactly, and what they think about what they’re learning. Ryan La says it’s given him a window into the outside world.

"I think we all live in our little worlds, but once we have our eyes open it makes us more involved in the community," La says.

The sponsor of the proposed resolution, Williams, told FOX 31 that her proposal wouldn't stop civil disobedience from being taught, as some protesters have charged.

"I'm saying we shouldn't encourage our kids to disobey the law. And that's what's happening right now. Our kids are being encouraged to walk out of the schools," Williams says.

Williams told Channel 7 Thursday that a review is necessary to make sure teachers are teaching a comprehensive, balanced view of history, “including the good, the bad, and the ugly.”

Williams has not replied to CPR News' repeated interview requests.

The president of the Jefferson County Board of Education, Ken Witt, said Thursday teachers are using students as pawns because they are also upset about a new pay plan. This comment raised the ire of students at Standley Lake.

"This is student led," says Marie Boltz. "We tried really hard to inform all of the students on it. It has not been teacher led. So if the board president really feels that, he should talk to some of the students who actually led this."

Student Georgi Carter said the protests could continue into next week.

"If the board continues to ignore what the students want, not what the teachers want, then yeah, there will be more walk-outs and protests so our voice can be heard," she says.

The Jefferson County School Board may take up the proposal at its next meeting, scheduled for Oct. 2.