When Colorado Senate Republicans met to pick their leadership Tuesday afternoon, there were two big winners:

The caucus put their hands together for a chant of “18.”

Tuesday’s meeting was a gleeful moment for a Senate caucus that has spent the past decade in the minority. Republicans seemed giddy to go through the rituals of taking over the chamber.

“Say it again,” one of his colleagues urged him.

Cadman called on Republican senators to work across the aisle and with the Democratically-controlled House.

“Let’s focus on our common goal of building a better Colorado,” said Cadman. 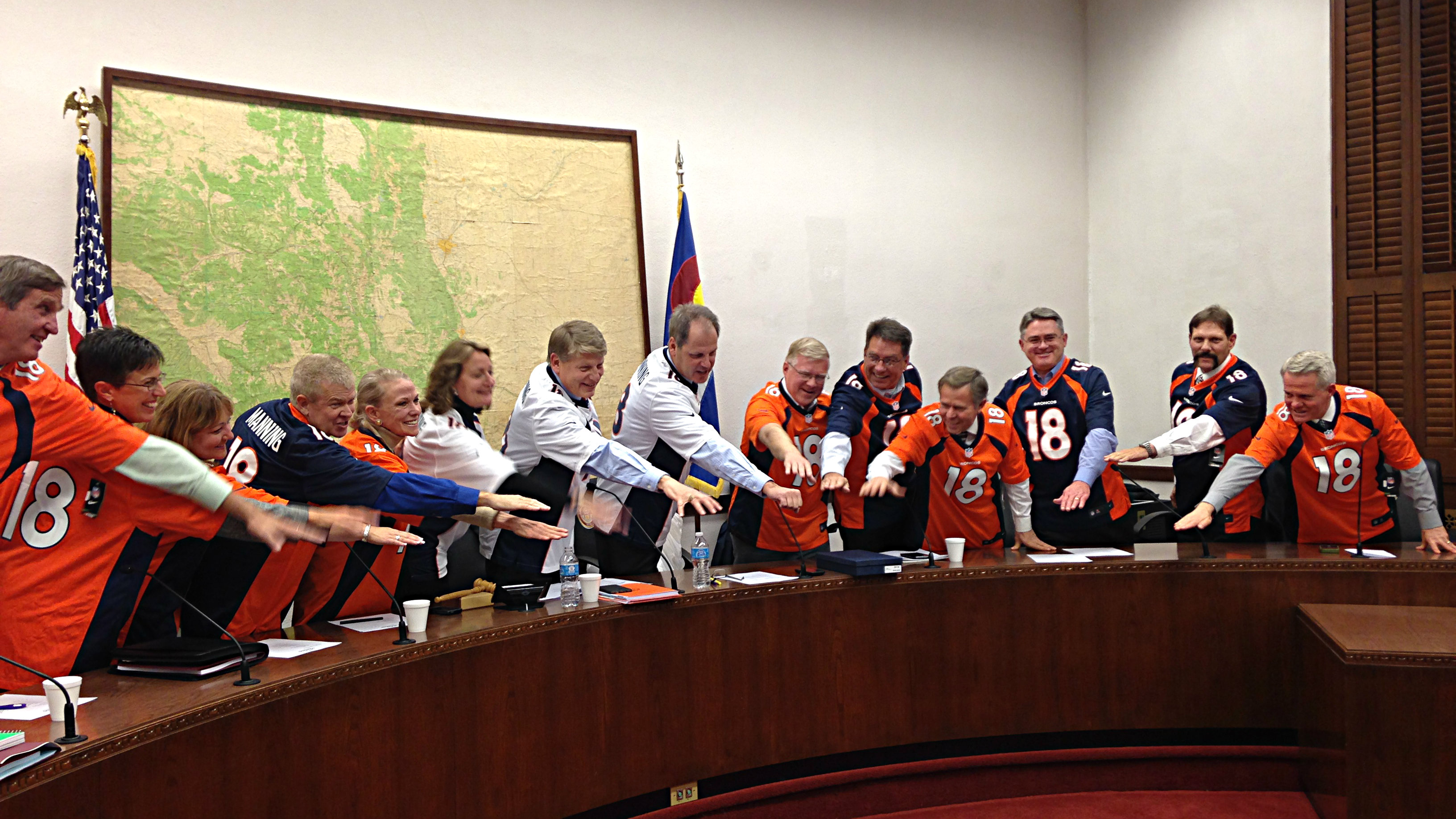 (Photo: CPR/Verlee)However, the incoming Senate president also hinted that Republicans may try to repeal some of the more controversial bills passed by Democrats in recent years.

“I think it was John F. Kennedy who said, ‘an error’s not a mistake until you refuse to correct it.’ Maybe we give them a couple of opportunities,” said Cadman.

Other Republicans who won leadership posts Tuesday include the caucuses most moderate member, Ellen Roberts, R-Durango, who was elected Senate president pro tem, as well as one of its most conservative, Kevin Lundberg, R-Berthoud, who will become assistant majority leader. The new majority leader will be Mark Scheffel, R-Parker.

House Democrats have their leadership caucus Friday. They now hold at least a two seat-margin over Republicans in that chamber.

Outgoing House Speaker Mark Ferrandino said Tuesday that with control of the chambers split between the parties, a lot of the focus will be on achieving agreement over the state budget.

Democrats and Republicans are likely to have very different ideas of what to do with rising state revenues.

“The other big issue is the oil and gas work that the governor is leading,” said Ferrandino, referring to the oil and gas task force convened by governor John Hickenlooper. “The hope is that we can get bipartisan support for that.”