Nestled down between the towering peaks of the San Juan Mountains in southwest Colorado, Ouray likes to call itself the “Switzerland of America.” But, as it has done for the past 20 years with its Ouray Ice Festival, it also calls itself one of the premier ice climbing places in the world.

Some of the world’s best ice climbers descend each year on the little town between Ridgway and Silverton to compete against each other during the festival, which takes place in a park filled with frozen waterfalls. Men and women compete on the same route, a mix of rock and ice.

The ice found in Box Canyon outside Ouray makes those icicles growing off your gutters this winter look pretty paltry. There’s a curtain of ice here in this deep gorge that hangs like melted candles off the rock. It’s here in the Ouray Ice Park that Canadian Will Gadd climbed his way to victory last weekend.

"Here, everybody is rooting for everybody. You want everybody to have their best run and that vibe is strong here," Gadd said. "It’s a community gathering of the ice-climbing tribe. It’s just a great place."

Three-time world cup champion Angelica Rainer skipped a world cup event this month so she could compete for the first time at the Ouray Ice Festival. The Italian ice climber won the women's mixed climb and came in second overall. 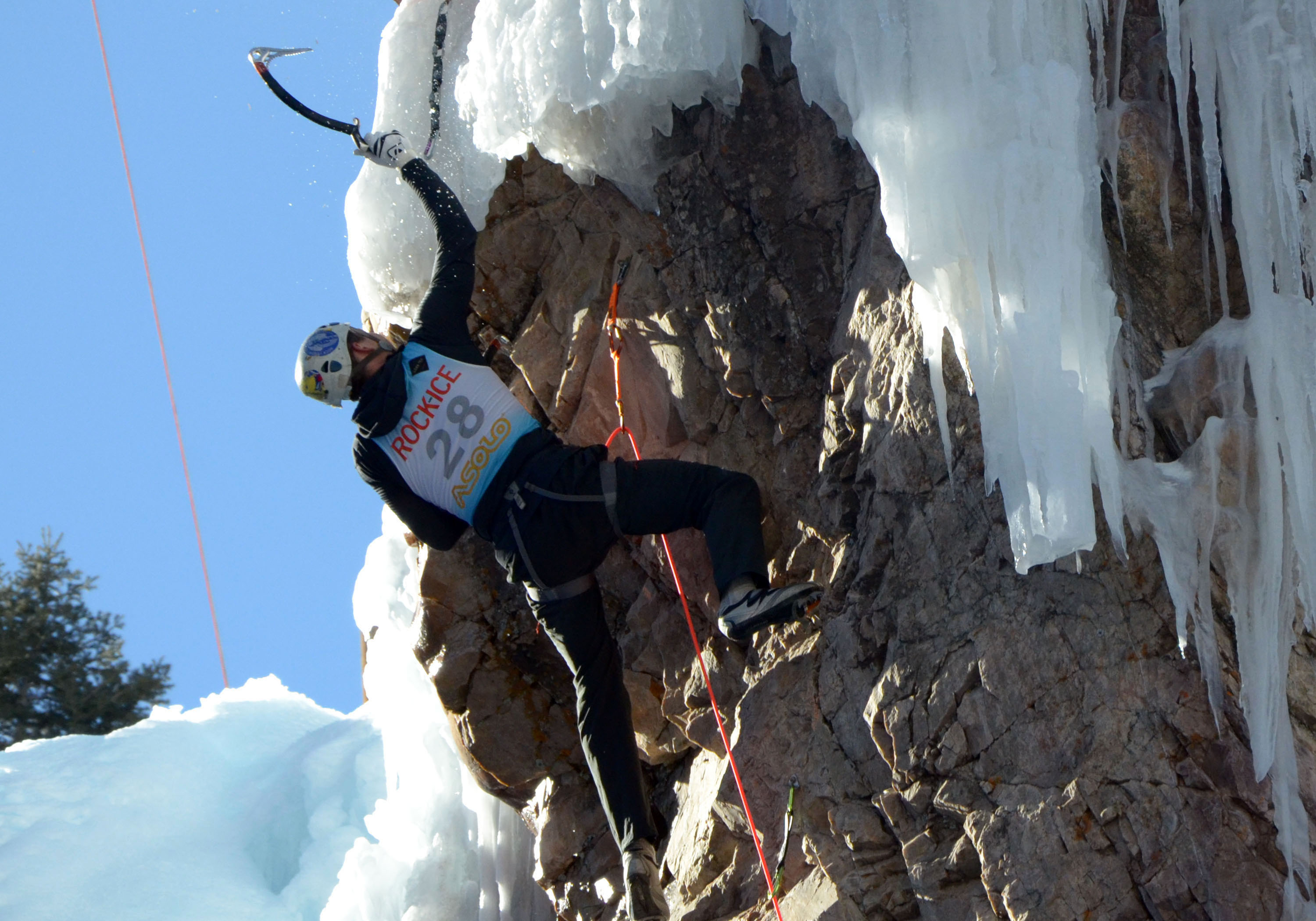 Though ice can -- and does -- fall off without warning, it's generally a stable surface to climb.

"You are on this very ethereal thing," said climber Nicole Greene, who's also on the park's board of directors. "You’ve learned your whole life that ice isn’t a stable structure, but really when it adheres to the rock it’s surprising what you can do on it."

The Ouray Ice Park began as a way to help breathe new life into the town's economy, which back in the early 1990s was struggling as mines in the area closed and people left.

Wind surfer turned climber Bill Whitt moved to Ouray from southern California in 1989 to start a hotel and climb ice. Whitt and his business partner Gary Wild started thinking if they could make more ice in the canyon, then maybe people would come to the town to stay in Whitt's hotel. Wild was skeptical.

Today, the park attracts thousands of climbers every winter who have some 200 routes of manmade frozen waterfalls to play on.