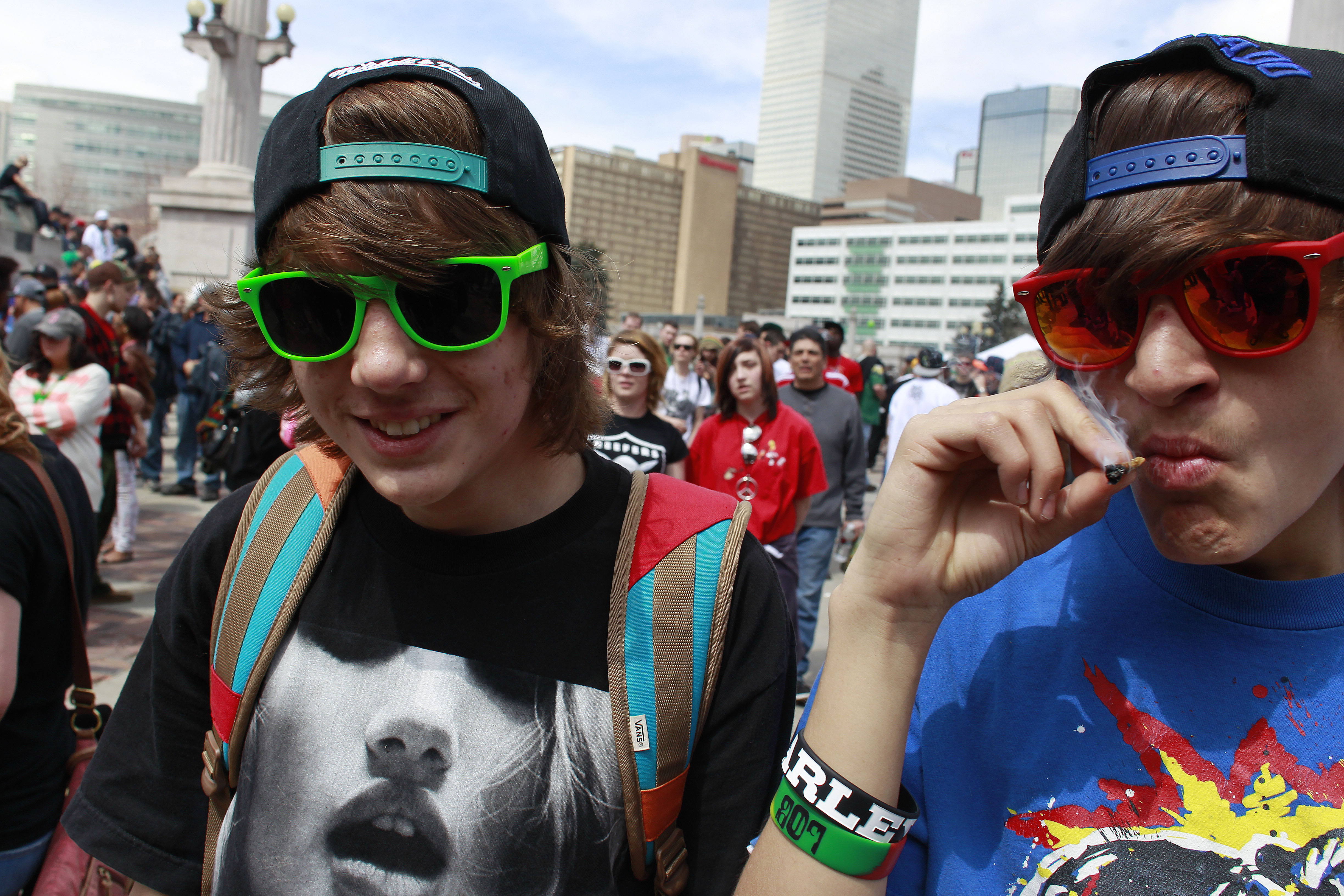 On Thursday, after hearing close to an hour of passionate testimony about the benefits of the survey, board members delayed action on the matter.

Middle and high school students take the confidential Healthy Kids Colorado survey every other year. The survey is voluntary.

The range of questions expanded in 2013, including questions about weapons brought to school, if a student has considered suicide or is depressed, or has tried marijuana. Some board members feel the questions are inappropriate and are considering requiring parental consent for students to take the survey. Currently parents can opt out their children but don’t have to give permission.

Some fear, though, that requiring parental permission could drastically reduce participation and make the results unreliable.

Dozens of parents, medical experts and health educators testified that the survey is Colorado’s most valuable sources of data on adolescent health and behavior.

Colorado's chief medical officer Dr. Larry Wolk urged the board not to change the rules for the survey.

"It's our best source of our information about our youth and their health behaviors,” he said. 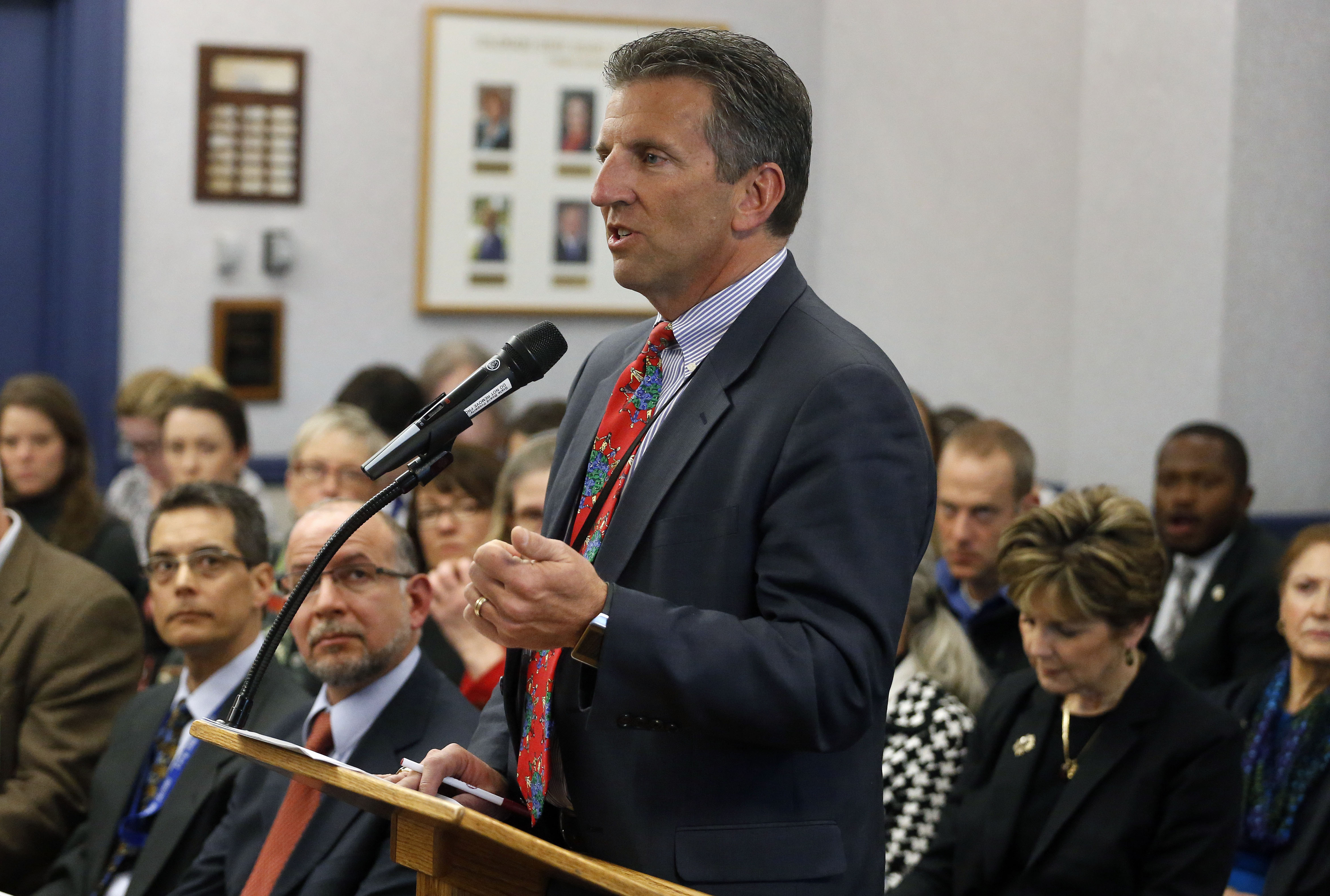 School officials say the survey is critical for targeting services to students, such as social and emotional and anti-bullying supports.  They say it gives a reliable data to understand how students feel, the choices they make, and how that impacts their performance at school.

It also allows school officials to look at student behavior trends over time “to see how environmental trends such as the legalization of recreational marijuana are impacting students and perceptions and choices,” said John Simmons, Denver Public Schools’ executive director of student services.

The information is also used to inform decisions about where nurses, teachers and counselors are needed, another school official said.

Getting services to at-risk students

More than 90 percent of the students in the Center Consolidated School District live in poverty and a substantial number engage in high risk behavior, according to Katrina Ruggles, a district counselor.

She provided board members with data on how she has used the survey data to first attract grant money for programs to tackle the students face, and then how effective those programs have been. Among the results:

“We used the data that said our kids were sexually active, we instituted programs to address that,” Ruggles said, noting that teen birth rates have gone down.

Ruggles says if the board chooses to require parental consent, she says she will spend her time collecting surveys from families, rather than working directly with students.

Participating vs. opting out

In 2013, more than 220 Colorado schools and 40,000 youth participated in the survey. School districts choose whether to offer the survey. Thirteen districts out of 178 declined in 2013.

The Centers for Disease Control, which funds the nationwide Youth Risk Behavior Survey, reports that shifting from a “passive consent” model to “active consent” results in a 50 percent drop in response rates.

But the refusal options don’t go enough for some board members who want to require parental permission before students to take the survey.

Pam Mazanec, a Republican board member from Douglas County, said those who testified represented only one side of the issue. She read from a letter from a parent who said the survey encroaches on parents’ rights and who wrote she doesn’t think it should exist at all.

“I am stunned by the questions they ask, from detailed questions about sexual activity [high school students survey only] to when they last ate a vegetable," Mazanec said, quoting the letter. “What are they doing with this information and why on earth would parents want their kids taking the survey?”

“If there are at-risk behaviors at schools that are not being addressed, people that work at those schools need only to open their eyes and address problems,” she said. “We don’t need a huge database with all of these intrusive questions.”

Several board members say they want to hear from individual parents as to whether or not they think the survey is voluntary. They also want more detailed information about how parents are being contacted by schools about the survey.

An informal opinion from the Attorney General’s office has said that schools must have parents’ written permission before their children can take the survey. But if the school board determines that the surveys are voluntary, the rules won’t change.

The board will take up the matter again at its meeting next month.