Gas prices are hovering at around $2.30 a gallon, but car manufacturers continue their push to introduce more fuel efficient vehicles. They're aiming  to satisfy federal requirements that vehicles meet an “estimated combined average of up to 48.7 mpg in 2025."

As the annual Denver Auto Show kicks off, those car companies are ready to show off their newest, and most fuel efficient, line-up to visitors. Diesel, gas/electric hybrids, electric, and plug-in hybrids are all on display this weekend at the Colorado Convention Center.

“You’re finding the pick-ups, vans, and SUVs are very popular and that is where there's a lot of growth in sales. But those vehicles are getting a lot better fuel economy than they used to,” said Tim Jackson, president of the Colorado Automobile Dealers Association. "We’ve got full-size SUVs that get 20 miles or more per gallon.”

And the expanded field of fuel efficient vehicles is noticeable at this year’s auto show. Jackson said two years ago there were only a handful of plug-in autos on display. This year, there are 20.

Here are three worth a look.

The BMW i8: For those addicted to speed, one no longer needs to sacrifice performance for better gas mileage, but it will cost you. The 2016 BMW i8 super car is one example of power and fuel economy on display at the Denver Auto Show.

The Cadillac ELR: Cadillac is reintroducing its electric hybrid vehicle as it tries to compete for the fuel-efficient luxury segment. The 2016 Cadillac ELR, also on display at the auto show, is largely based on the Chevrolet Volt (also on display). The Cadillac, along with the smaller Nissan Leaf, is in the auto show’s Electric Vehicle Showcase presented by Charge Ahead Colorado.

The Ford Fiesta: Not to be left out, there are also advancements in fuel economy on display for the traditional internal combustion engine too. Ford highlights its new 3-cylinder EcoBoost engine on the 2016 Ford Fiesta hatchback at the show. Only 1 liter in size, the engine produces 123 horsepower and delivers an estimated EPA of 45 miles or more per gallon on the highway. Base MSRP is estimated to be around $14,000. 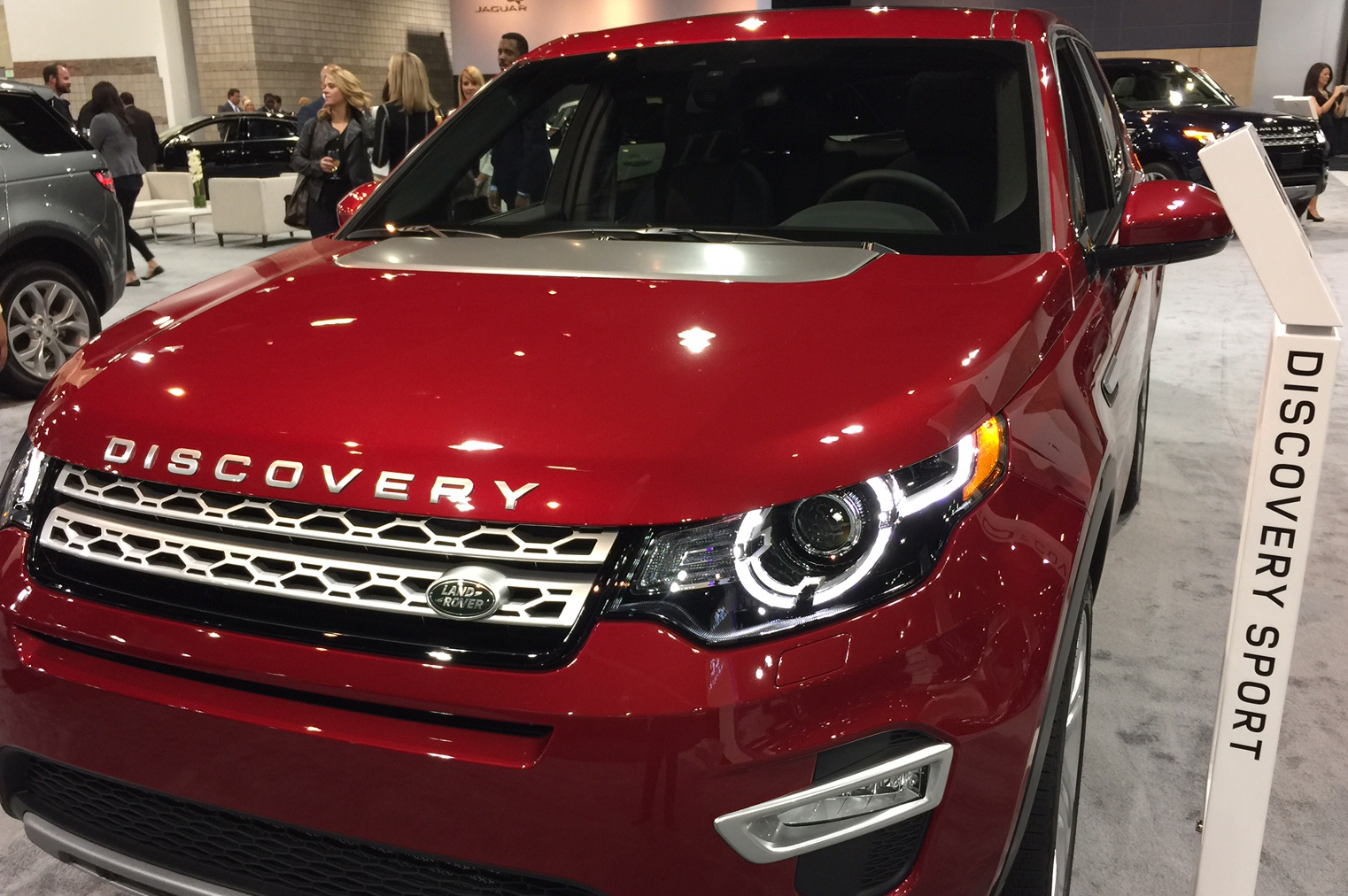 (CPR News/Nathan Heffel)Jackson said now that Colorado is squarely out of the economic downturn, auto dealers across the state are seeing large numbers of people returning to dealerships to buy new cars, and they want them to be more fuel efficient.

“The economy is getting better and more people are more confident in their jobs, and that’s all playing toward improving car sales.”

Car sales, according to Jackson, were up 80.2 percent in 2014 compared to 2009 at the height of the Great Recession, outpacing the national average.

The 2015 Denver Auto Show runs through April 12 at the Colorado Convention Center. Show organizers say 500 new models from 40 manufactures will be displayed on the 500,000 square foot convention floor.