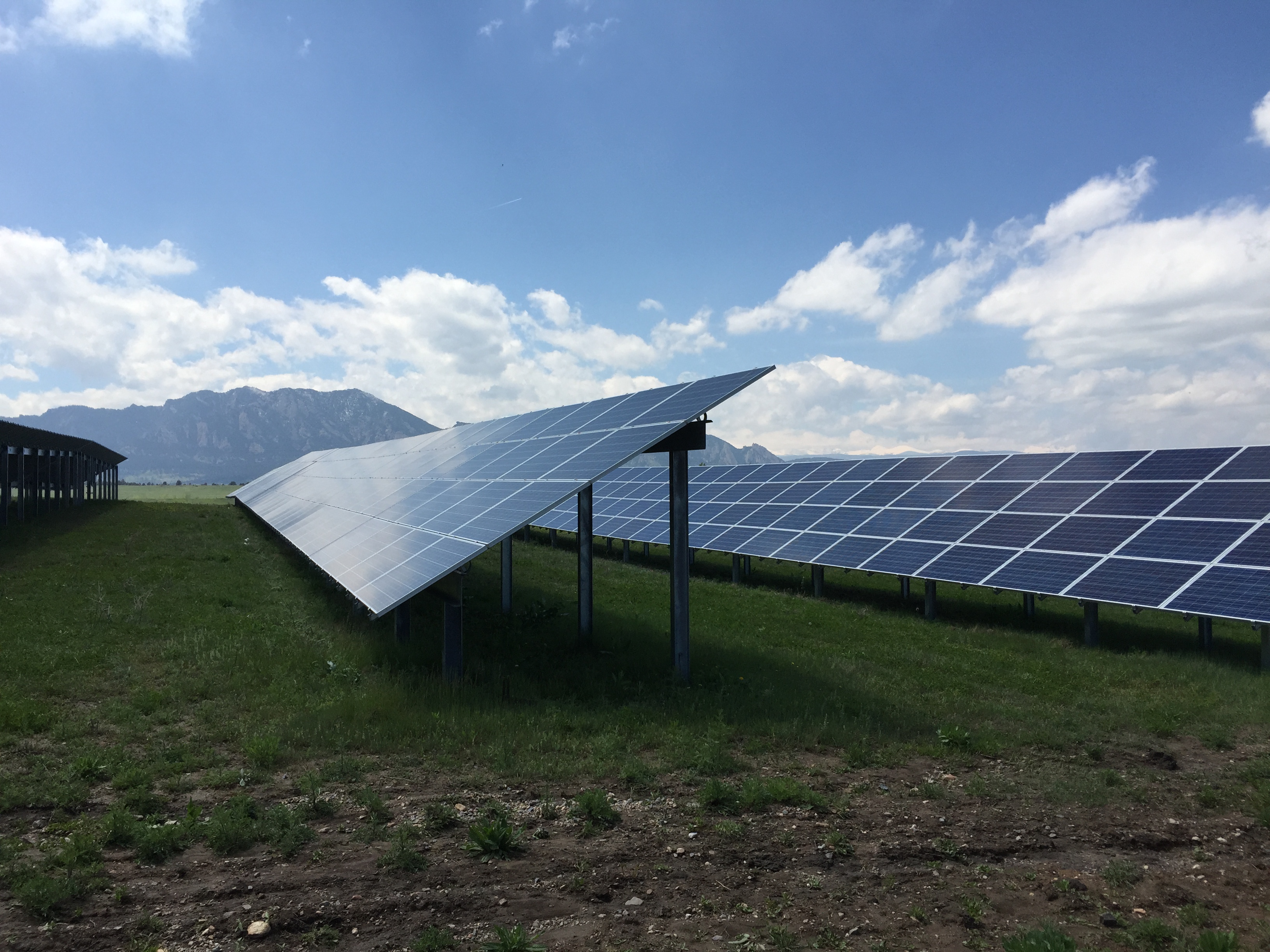 (Grace Hood/CPR News)When many people think of solar power in the United States, they imagine rooftop panels soaking up the renewable energy source. Or perhaps they think of photos they've seen of massive solar farms. But that image is changing.

For homeowners and apartment dwellers who want to use solar energy, but can’t put panels on their rooftops, community solar is becoming a popular option. And that includes a lot of people: According to one recent study, about 49 percent of residential homes can’t host rooftop solar for a wide variety of reasons.

Here in Colorado, there are already “solar gardens” in more than a dozen cities for consumers who want to share solar energy--and more on the way. Utility customers can buy a stake or subscribe to energy from the gardens. Their purchase then shows up on their monthly utility bills.

The map above shows the location of community solar gardens around Colorado, as of the date of publication. The names and the sizes may change over time. Click on the icons for details.

Right now, there’s two different approaches to community solar in Colorado. One requires an up-front capital investment, the second does not.

Boulder resident Paul Norton spent $11,200 nearly two years ago to purchase panels that sit about five miles away from his brick home.

He’s a customer of the Louisville-based Clean Energy Collective, which offers an up-front ownership model in Colorado. 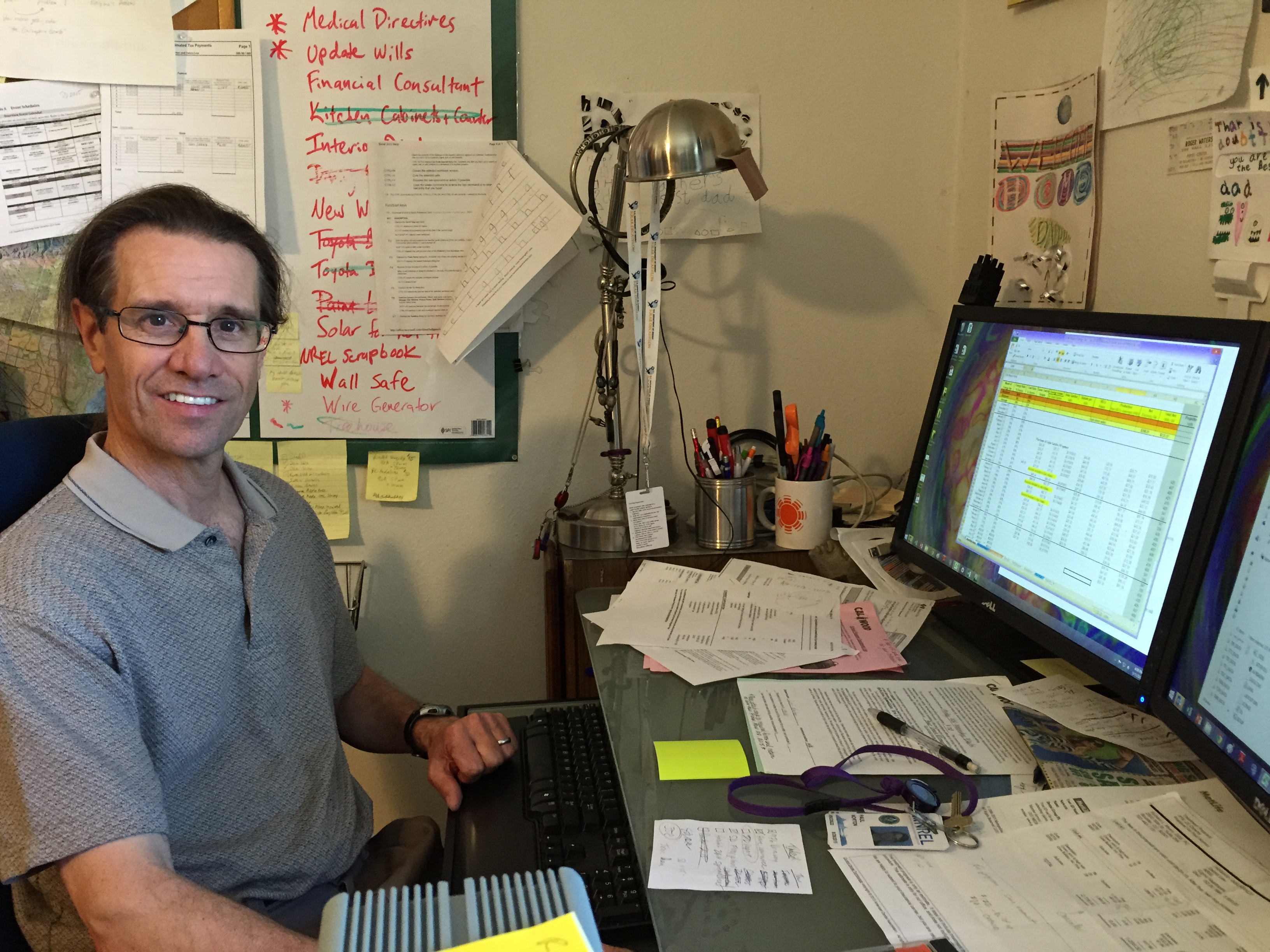 For Norton, that credit has come nearly every month on his home energy bill through Xcel. Some winter months when solar isn’t the best, he pays between $10-$20 for electricity.

In addition to that, Norton gets a quarterly check for a Renewable Energy Certificate payments. And if he ever moves, he can take his agreement with him to his next home.

So is it worth it? Norton says yes.

“Everything looks really good. I feel pretty secure in it. I think it’s a low-risk investment,” he said.

Option 2: Buy the energy, not the panels

The second emerging model of community solar also involves a 20-year agreement, but there’s no up-front investment. SunShare has solar gardens in Colorado Springs and the Denver area.

CEO David Amster-Olszewski said the key advantage for potential customers is that they get to invest in local solar and stabilize their electricity bills. They won’t see cost increases at variable rates every year.

“We’ve found that rather than purchasing panels what people really want to do is purchase the solar energy, and they wanted to do it just like they’ve purchased energy from the utility,” he said.

SunShare builds 10-20 acre solar farms that connect into local electric utilities. Customers purchase energy from the system instead of having panels on the roof of their house. Depending on how much energy is produced, users’ electric utility puts a dollar credit on bills.

“Customers can actually save money [with their electric bills] over the long term,” said Amster-Olszewski. “

“The tip of the iceberg” for community solar

Olszewski says this kind of community solar is more popular with people because it doesn’t require cash upfront.

“I think you’re just starting to see the tip of that iceberg, but you haven’t seen the bulk of the iceberg which is where this market is really going as these programs start to expand across the country.”

To be clear, solar plays a very small role in the country’s energy mix right now. In 2014, solar represented less than 1 percent of the energy used across the U.S. That is expected to change as declining material costs help the industry grow.

K Kaufmann, with the nonprofit Solar Electric Power Association, says utilities are warming to community solar, too. While companies may have their own large-scale solar arrays, they like it because it provides more choices to customers. It also helps utilities diversify their energy mix.

“The growth has been astronomical,” said Kaufmann.