The Centennial State is home to more than a dozen classical music festivals that draw listeners to the mountains each summer.

Stellar musicians flock to the Roaring Fork Valley to give intimate recitals and perform with the Aspen Music Festival orchestra. Top symphonies like the New York Philharmonic and Philadelphia Orchestra set up shop in the Vail Valley. And the next generation of classical musicians learn their craft in Breckenridge, Aspen, Estes Park and Durango.

Here's a rundown of the state’s classical festivals this summer. Hear live concerts on CPR Classical as part of the SummerFest live broadcast series and plan your next musical getaway using our summer classical festival map:

Since 1949, the festival has been a destination for some of the world’s top classical musicians. They come to the Roaring Fork Valley to play more than 300 concerts and events staged by the festival, but also to hike and relax with their families. The festival also runs a school that allows young musicians to study key classical pieces and work under Music Director Robert Spano and other major classical performers.

One of the oldest opera festivals in America, the organization stages productions in a rustic theatre located in a historic mining town less than an hour from Denver. Central City Opera seasons typically include standard opera fare as well as contemporary musicals.

Based at Boulder’s Chautauqua Auditorium at the foot of the Flatirons, the festival welcomes new Music Director Jean-Marie Zeitouni this year. He's only the third music director since the festival started in 1976. Concert programs feature a mix of festival orchestra concerts, chamber music nights and recitals.

Highlights: A recital by pianist Olga Kern on July 3; a musical mashup of music by composer Bela Bartok and Icelandic singer Bjork on July 7; and cellists Bjorn Ranheim and Guy Fishman tackling the complete Bach cello suites on July 14 as part of a “Cellobration.”

Founded in 1980, the festival presents classical and jazz performers each summer at the ski town. The schedule includes festival orchestra concerts, intimate home recitals and chamber music nights at the Breckenridge Riverwalk Center. The festival also hosts a school for elementary-through-high school students as well as adult musicians.

Founded in 1960, the NRO helps expose young musicians to a large range of classical music as they prepare for their careers. Music Director Carl Topilow leads eight weeks of concerts at Breckenridge’s Riverwalk Center along the Blue River.

Off the Hook Chamber Music Festival

The series of small-ensemble performances in Fort Collins features pianist Bruce Adolphe and other talented chamber performers. The festival also gathers several prominent neuroscientists for discussions about music's positive effects on the brain.

Highlights: The lineup includes several performances by Adolphe and the Miami String Quartet. 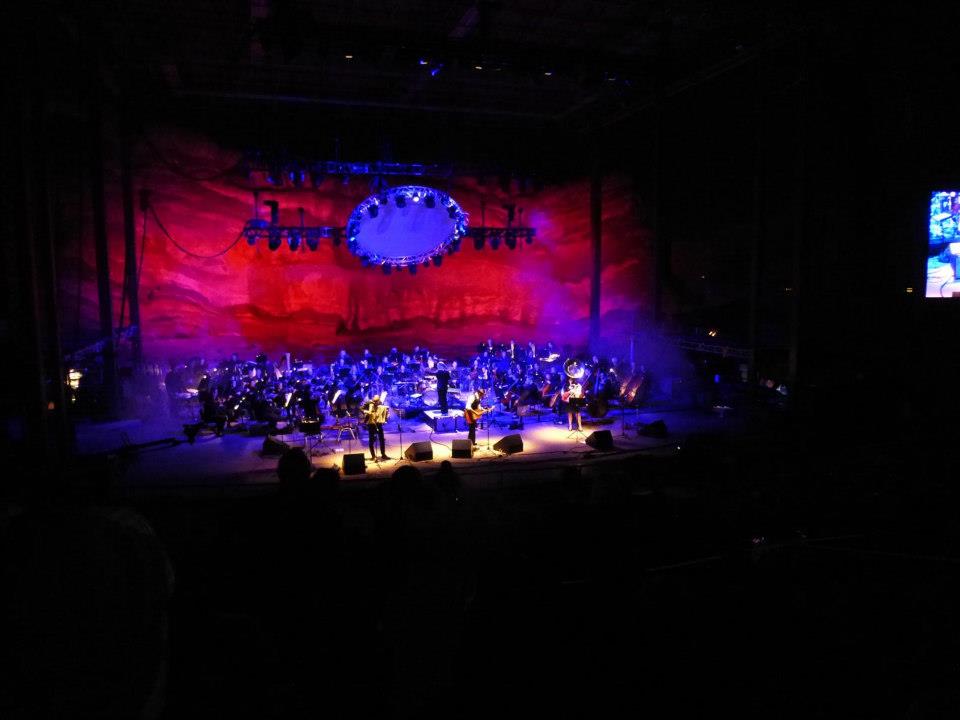 (Photo: Courtesy Red Rocks/Colorado Symphony)It's not exactly a summer music festival, but the Colorado Symphony's musicians stay busy during the off season with some fun and unusual concerts in the Denver metro area. The schedule includes several collaborations with pop groups and a family-friendly Fourth of July concert at Fiddler's Green.

Highlights: Indie pop favorites Belle and Sebastian play at Red Rocks Amphitheatre with symphony musicians on June 17; the Arvada Center hosts a "Mozart Under Moonlight" concert July 10; and an "Inspired by Nature" family concert is set for July 26 at Boettcher Concert Hall in Denver.

The festival presents more than 50 concerts and related events with Mt. Crested Butte as a backdrop. The focus is on chamber music and opera, with a handful of jazz, world and folk concerts on the schedule.

Highlights: Productions of "Candide" by Leonard Bernstein, "The Child and the Spells" by Maurice Ravel and "Bon Appetit" by Lee Hoiby.