When Ludwig van Beethoven unveiled his Seventh String Quartet in 1806, it didn’t do what listeners expected string quartet music to do. The music teemed with 40 minutes of mood swings and complex parts. It baffled the musicians who premiered it and left listeners cold.

“It’s dangerous just in the way of any great piece of music. You have to put yourself out there any time you play it,” he told CPR Classical.

Dusinberre, who has written about playing Beethoven’s quartets and is preparing to release a book on the subject, offered a look at why the Seventh String Quartet is so groundbreaking and thrilling for the musicians who attempt it.

“Nowadays we think of these as being very standard pieces in the repertoire but in fact they’re just as exciting and radical now as they were then,” said Dusinberre, who along with the other Takacs members, mentors future string quartet musicians at the University of Colorado and Aspen Music Festival and School.

Beethoven shows off his genius for musical invention early in the Seventh String Quartet, the first of three pieces commissioned by Russian Count Razumovsky that marked a bold new period for the composer’s quartet writing.

“It’s a little like you’re going on a familiar mountain hike and you think you know where the destination and then you get taken on an immense detour. And I think that’s how audiences felt. They would have liked a GPS system or something to help them navigate when they got lost,” he said.

The second movement opens with an unusual, percussive cello part. The cellist who premiered the piece found its repetitiveness insulting for a player of his talents.

“And apparently he took his music up, threw it on the ground and stamped on it. He was so frustrated with the writing,” Dusinberre said.

That odd rhythm blossoms into a movement with the full quartet playing challenging, interlocking patterns. The musicians at the premiere wondered if Beethoven wasn’t just toying with them for fun -- especially since a note in the score translates roughly to “always jokingly.”

"Sometimes you think the joke’s at the player’s expense,” Dusinberre said of the writing in the second  movement. “There’s a lot of cross rhythm between us, kind of intense argument.” 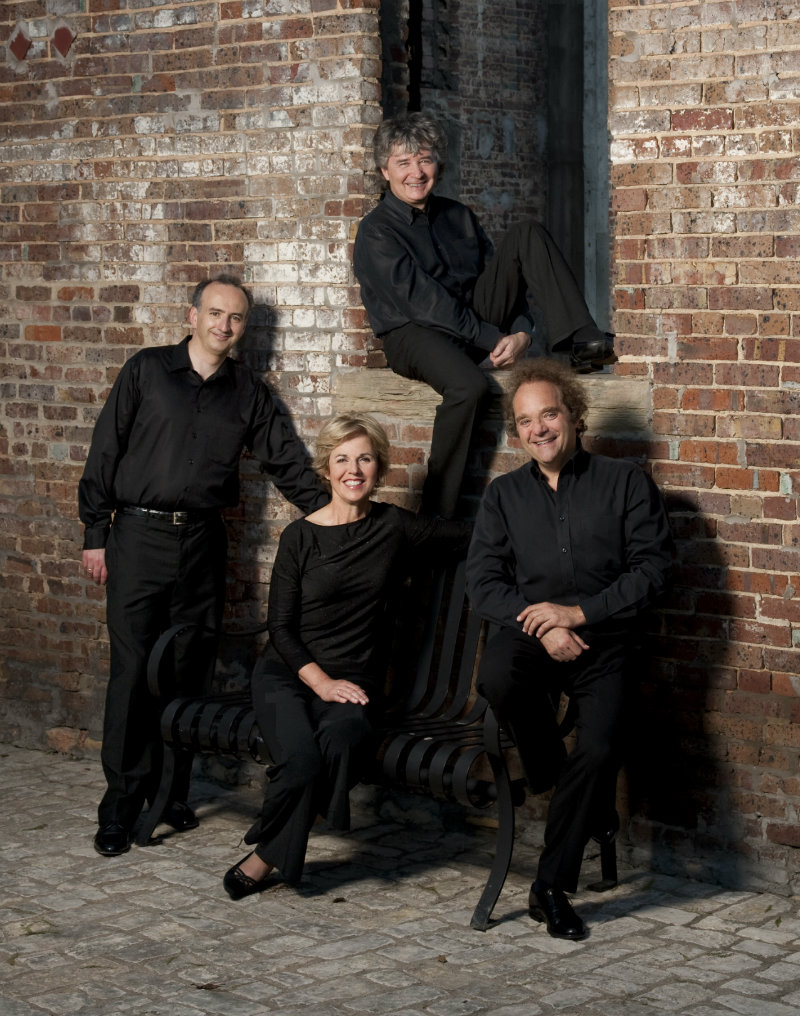 “One critic wrote about string quartets that they should create a kind of pleasing sense of fantasy,” the violinist said. "That they had no business exploring emotions like pain and suffering. And that was probably not an uncommon view at that time.”

Near the end of the piece, Beethoven introduces a Russian melody -- probably a wink at Count Razumovsky, the Russian ambassador who commissioned it. The melody was originally a melancholy ditty, but here Beethoven recasts it in a happier light. But just before the climax, when the mood shifts and he turns the melody on his head.

“So even when you think you’re in a cheerful, happy, exhilarating movement then right at the end he throws in something very nostalgic and melancholy. That’s again kind of moving the goalposts, kind of pulling the rug from underneath the audience.”

Some critics dismiss the fourth movement as unextraordinary compared to the preceding sections. But Dusinberre said the final movement encapsulates what’s so exciting about playing Beethoven for a quartet like Takacs.

“Musically, you can’t have in a great piece of music everything the same,” he said. “This is the great genius of Beethoven, his ability to balance the different movements and to juxtapose great sadness with joy and frolics. There’s nothing flippant about that last movement. It’s certainly exciting and virtuosic. Yeah, we love playing it.”

The Takacs Quartet recorded the Seventh String Quartet in 2002, and has recorded all of Beethoven’s string quartet music.