Harriet Kelly has one word to describe the day she stopped driving.

She says she noticed her eyesight declining and she started to get anxious driving on the freeway. Rather than wait for her kids to decide it was time, she made the move herself.

"I just told them I'd stop driving on my birthday, my 90th birthday. And I did. And I was mad at myself cause I did it," Kelly said.

Why was she mad?

"Well, because I thought I was still pretty good," Kelly said with a laugh.

"I think it's just better to make up your own mind, than have your kids go through trying to tell you and end up with arguments and threats and everybody gets mad," Kelly said.

Her daughter Leslie said she was grateful her mother made the decision, but admitted "it really cut down on her ability to feel independent." 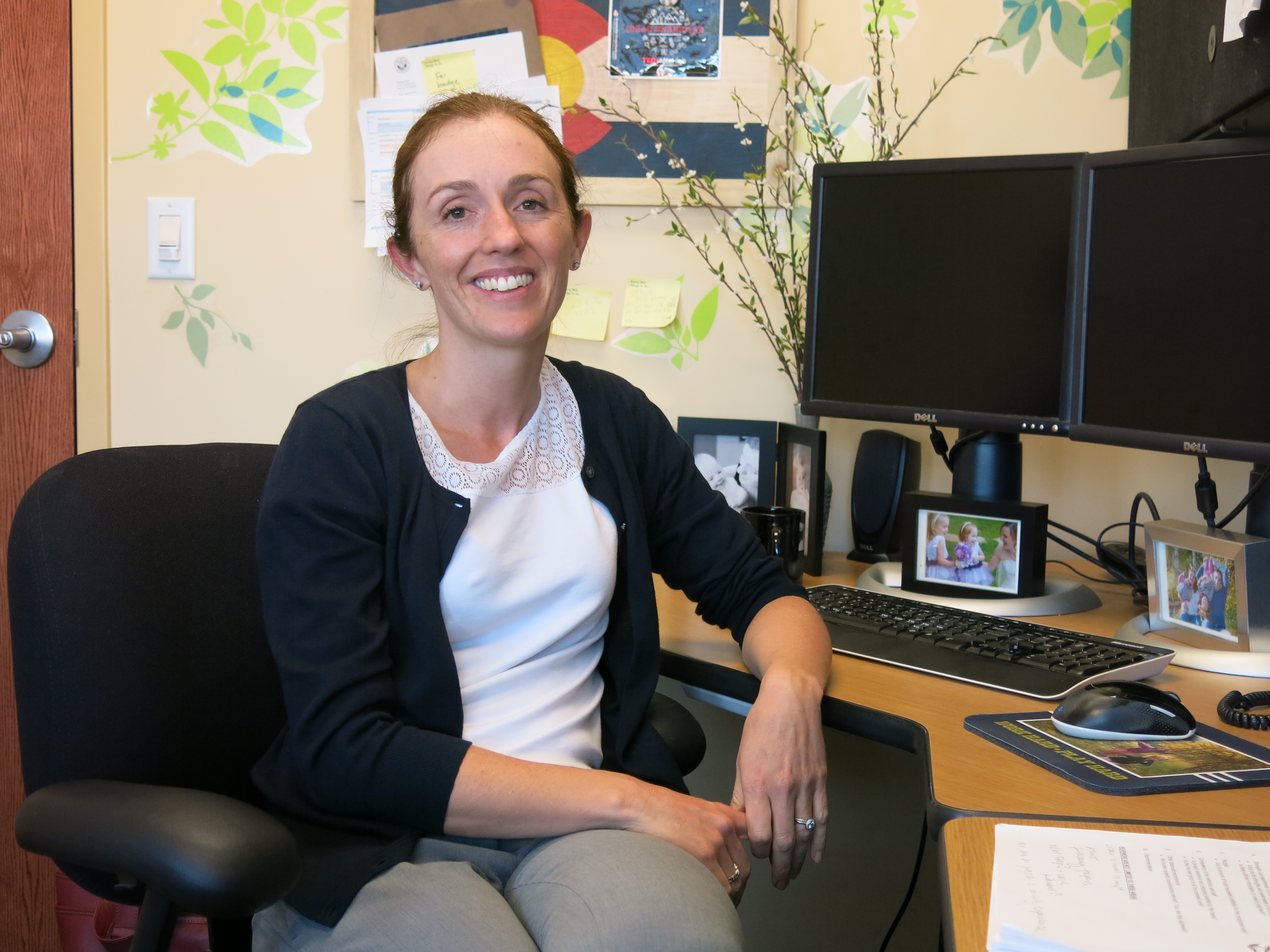 University of Colorado School of Medicine Researcher Dr. Emmy Betz said Kelly is a great example of what she calls planning for a "driving retirement."

"Retirement is something that happens to all of us, right? And maybe we even look forward to it," Betz said. "You prepare for it, you make financial plans, you think about what you're going to do."

There's no upper age limit to stop driving in Colorado. But a police officer, a doctor, a family member or the DMV can request a driving test for an older driver.

Most older Americans keep driving well past 65. It's expected the current and future population of senior motorists will drive more and longer than any generation in history. According to AAA, 86 percent of those 65 and older still drive. Among those older than 85, 68 percent say they drive five days or more a week.

Betz says other studies show older drivers are a danger mostly to themselves and their passengers. She says fatal crash rates are higher for older drivers, but it's mostly because they don't heal as well after a crash.

"This image of older drivers as a menace to society is really a wrong image that we need to change," said Betz.

Still Betz said most drivers do outlive their safe driving ability. That's a key fact with Colorado's 65 and older population which is set to skyrocket by 2030.

The state's transportation system doesn't adequately help seniors get around said Jayla Sanchez-Warren, director of the Area Agency on Aging for the Denver Regional Council of Governments.

"Transportation is a huge issue that we need to address," said Sanchez-Warren. For seniors, a lack of transportation also "contributes to so many other things, like poor health care outcomes, isolation, and depression."

A recent report by the AAA Foundation for Traffic Safety and Columbia University found older adults who give up the keys are nearly two times more likely to suffer depression than those who keep driving. They're almost five times as likely to be admitted to a long-term care facility.

Nationally, until 2030, roughly 10,000 baby boomers will turn 65 each day, according to the Pew Research Center. With that in mind, Betz and other researchers are studying older drivers and crash risks.

Deciding When To Stop

Downstairs from Betz' office, 77-year-old retiree Susan Brookman takes a series of tests, of memory, eyesight, and reaction time. She said she's happy to donate her time if it can help researchers figure out warning signs.

Among Brookman's questions:  "Do you want to drive so much that you overlook clear signs?"

Betz says the research, funded by the AAA Foundation for Traffic Safety, could help develop ways to help doctors best evaluate and communicate with older drives. Doctors "don't necessarily have a lot of tools to use, and they don't necessarily get a lot of training," Betz said.

Betz is urging insurance companies to reimburse for comprehensive evaluations. That's rare now, though older drivers can get a discount on their insurance by taking a driver safety class.

At the Aurora Center for Active Adults, Chris Loffredo teaches such a class, through AARP, to a group of 20 senior drivers. She talks about everything from medications to new technologies in cars to strategies for the future. The discussion turns to knowing when it's time to limit or stop driving.

"You have to know when to give up your keys," Loffredo tells the class firmly.

When the group is asked if they're ready to have that conversation with a family member or friend, not a hand goes up.

After the class, Paula Bunge, 67, and her husband Ralph, who's 72, consider the question. The retirees, who live in Denver, say they joked with their daughter about writing a note she can hand back to them when it's time to stop driving.

"The conversation wouldn't be so difficult," Ralph said with a laugh. "Doing it would be."

His wife agreed. "We're just not really at a place where we imagine that that decision is going to be made any time soon," she said.

"My car gives me much independence and I rely on it greatly," he said.

For now, McSherry doesn't want to see that day coming.

"One thinks, well, that you'll live forever," he said.

A number of groups provide information and tips for families and seniors. A Driver Planning Agreement on the AAA website, for example, provides a list of discussion points for families looking to allow older drivers "continued, safe mobility." Those include options to keep them "driving or mobile," and to explore other transportation forms.

Harriet Kelly says she's made adjustments since giving up her keys. She now hires a companion, who works through a senior home care agency, to take her on errands in the Volvo she used to drive. Kelly relies on Uber in a pinch, and rides from friends and family, who've been encouraging.

"I've gotten lots of praise, and I love praise," Kelly says. "Because I did it myself."

Kelly says it wasn't easy, but she's discovered there is life after driving.