The number of bank robberies in Colorado has fallen by more than half since 2005. That year there were 214 bank heists. FBI statistics show the number has dropped steadily – to the point where there were fewer than 100 last year. 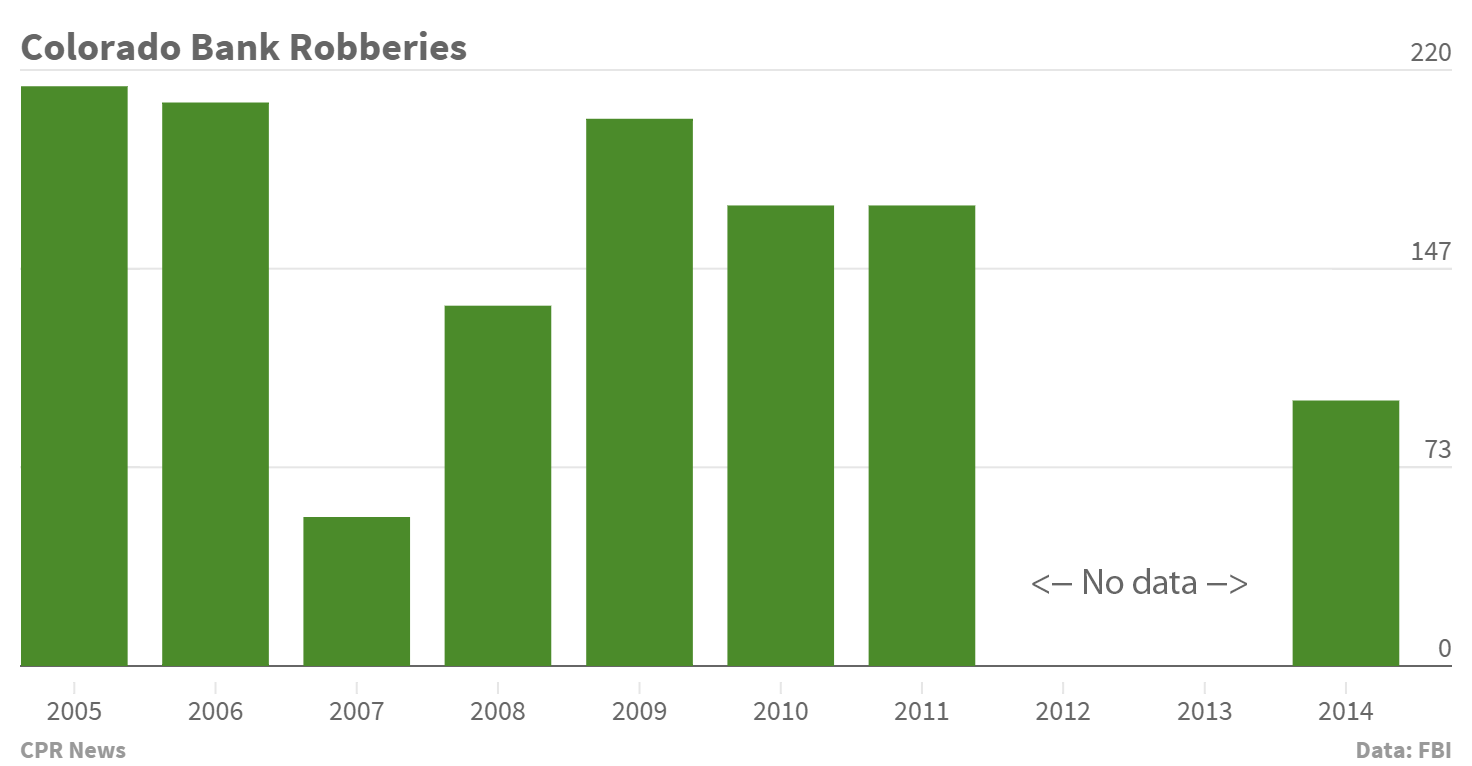 This follows a national trend: 2014 saw the fewest bank robberies in a decade.

Research from the United Kingdom, where bank robberies have also fallen, argues that most criminals have learned the risk versus reward is not worth it. Banks typically have extensive surveillance and the amount of money taken is usually disappointing.