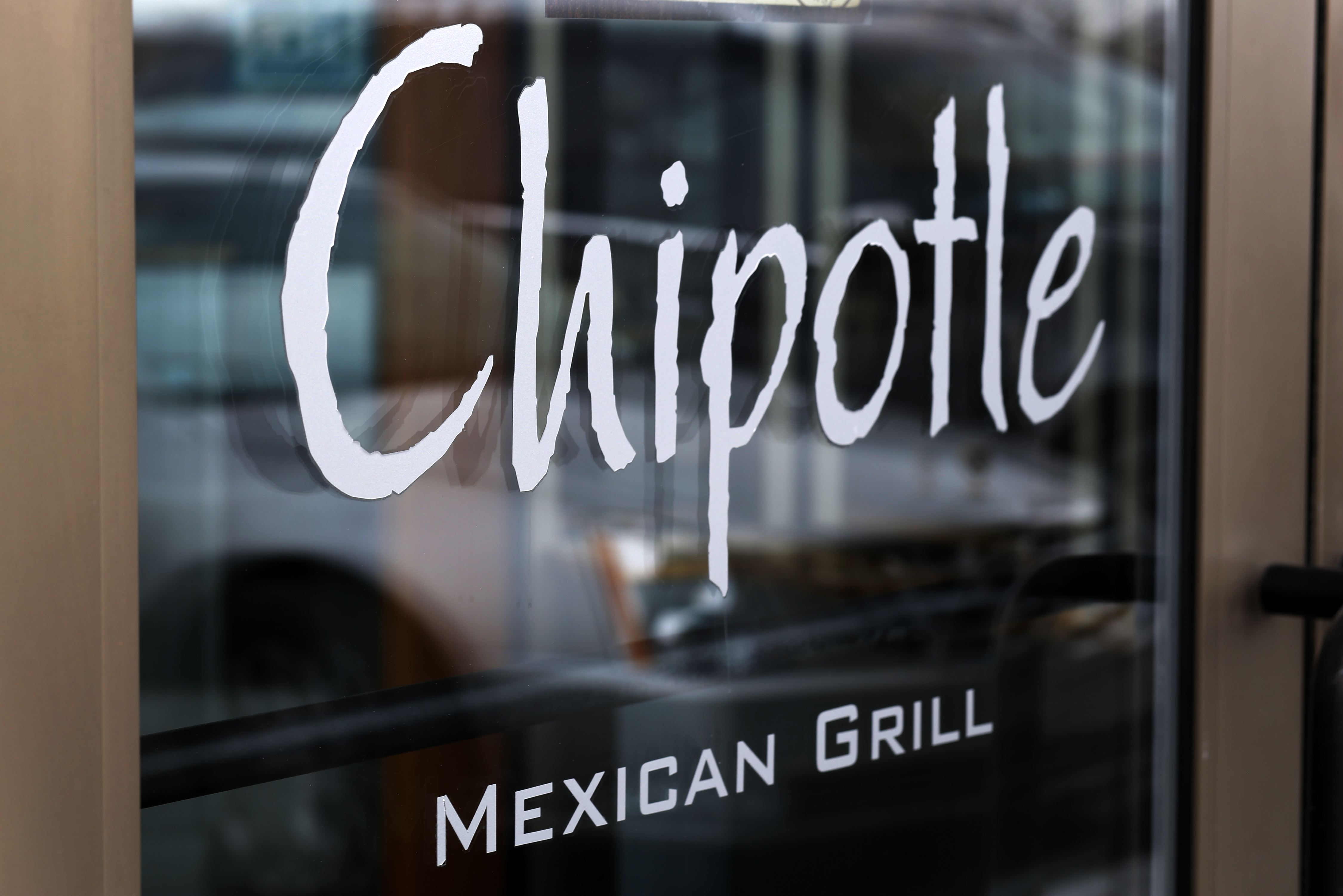 (AP Photo/File)You might've heard that Chipotle Mexican Grill is having a bit of a rough time. The Denver-based company’s been hit by foodborne illnesses in across the country, from E. coli in Kansas to norovirus in Boston to Salmonella in Minnesota.

What makes the discovery of these illnesses tougher for the company is that it has built its brand on a promise of serving “food with integrity.” These recent woes are putting that pledge to the test.

“I definitely heard about it so I got a little freaked out," said Katie Teas recently outside a Chipotle in east Denver, where the college freshman had stopped with her friend A.J. Nowell, a high school senior, for a bite.

Nowell, on the other hand, says he believes the company will ultimately get it right. He thinks Chipotle's been more open about what they put in their food and trusts them more than other big fast-food chains like McDonald's or Taco Bell. But he concedes that trust would be undermined by more bad news.

"And then, I dunno, Qdoba would be looking like a good option,” he said.

Chris Arnold, a Chipotle spokesman, says the company has identified the source of the norovirus case in Boston at least -- an employee who came in sick, against company policy. But he says they may never know what caused the E. coli cases. They’re working with the CDC, the FDA and their own experts to learn more.

"When you’re in the business of serving food, it’s about as bad as it gets to have even one person get ill because of something you did or something that happened in your supply chain," Arnold said. 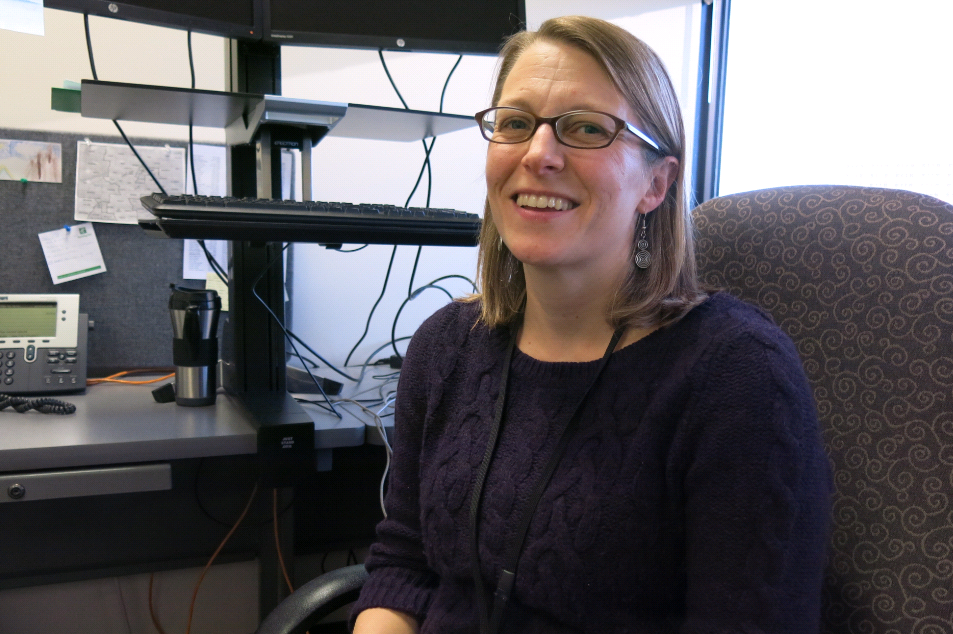 (John Daley/CPR News)Alicia Cronquist,  the foodborne disease program manager with Colorado's state health department, knows that people can get sick from food in many, many ways. Her team of investigators works with doctors, food distributors and restaurants to identify the source of outbreaks like this one. She likens their work to that of detectives, looking for clues up and down what she calls the “farm to fork continuum.”

“It can be contaminated in irrigation water, through distribution, in trucks, in produce packing, in washing, in preparation, from a ill food handler, in preparation because the food isn’t cooked all the way through,” Cronquist says.

But when an outbreak is linked to a restaurant chain like Chipotle, Cronquist says the company is as highly motivated to fix the problem as the state is.

Chipotle’s Chris Arnold says the company took out full-page ads in dozens of newspapers to make that point, and it has conducted a complete reassessment of food safety, adding what he calls “microbiological kill steps.” That includes enhanced rinsing of vegetables, or boiling avocados in water for a short time. And he says the washing and cutting of some produce, like tomatoes, which had been done in restaurants, will now be done in a central kitchen.

“We’re confident that we’ll be able to reduce the risk associated with our food and our restaurants to a level that is as near zero as possible," Arnold said.

One thing Chipotle won’t give up is its commitment to fresh ingredients, Arnold says.

Right now, that includes some local produce, about 10 percent. Arnold admits that some local produce partners may not meet their heightened safety standards, but he says Chipotle may work with them to achieve those goals.

“These series of events have shown us that we need to do better and that’s exactly what we’re doing,” he said. 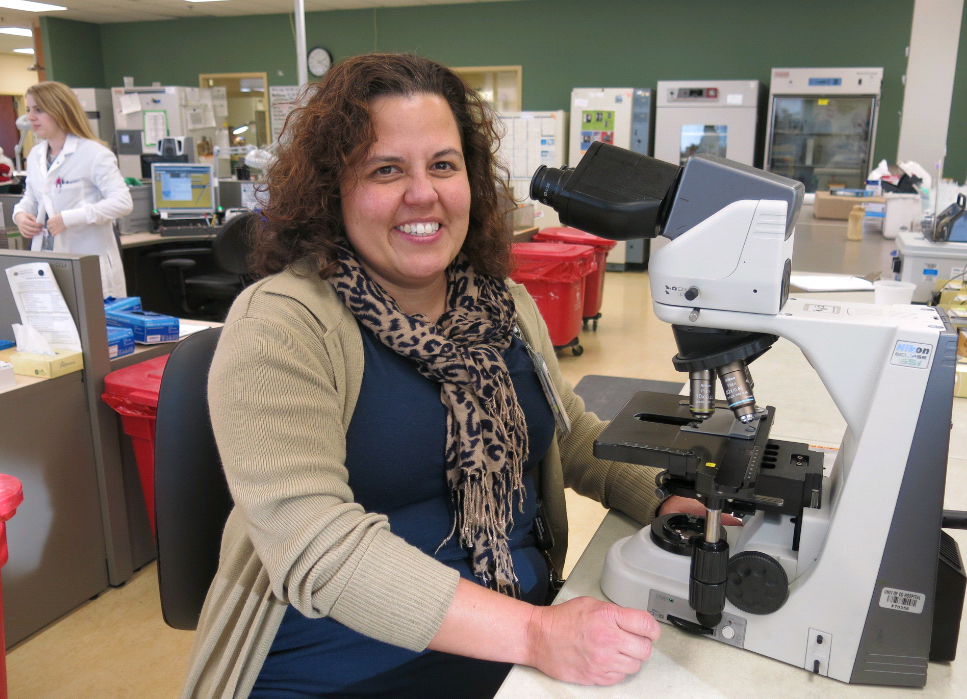 (John Daley/CPR News)The key for Chipotle is whether or not it happens again, according to University of Colorado Hospital Medical Director of Infection Prevention and Control Michelle Barron.

In her lab, her team demonstrates how bacteria are identified by growing and analyzing them on petri dishes.

Barron says a big challenge for restaurants, especially chains, is that outbreaks of foodborne illness are often linked to the fresh ingredients customers like: “Raspberries, spinach, tomatoes -- I mean you can go down the list. It’s usually things that are very healthy for you and that are served fresh."

Jayson Lusk, a professor of agricultural economics at Oklahoma State University, says the Chipotle example also shows that companies have a huge reputation on the line.

The challenge for Chipotle, Lusk says, is to meet food safety standards that still meet the company’s “food with integrity” motto. But there are often tradeoffs between serving locally-sourced, fresh products and serving something that’s been frozen or contains preservatives.

“You can’t just survive on marketing hype. There has to be something real behind all of that marketing. And if you’re going to promise and put yourself out there as a company that’s providing something safe, it better actually be that way," Lusk said.

The health department’s Alicia Cronquist says Chipotle’s recent troubles are just the tip of the iceberg for a larger health issue.