HomewardBound, Grand Junction's homeless shelter, will keep its doors open after receiving a one-time grant of about $43,500 from the city.

It's the only shelter between Denver and Salt Lake City that houses men, women and children, according to Bill Ward, who serves on the nonprofit's board.

“We were in serious danger of closing," said Ward.

Last year, Ward said HomewardBound sheltered more than 1,300 distinct people -- up 33 percent from 2012. But funding, especially from federal grants, has declined in that time. 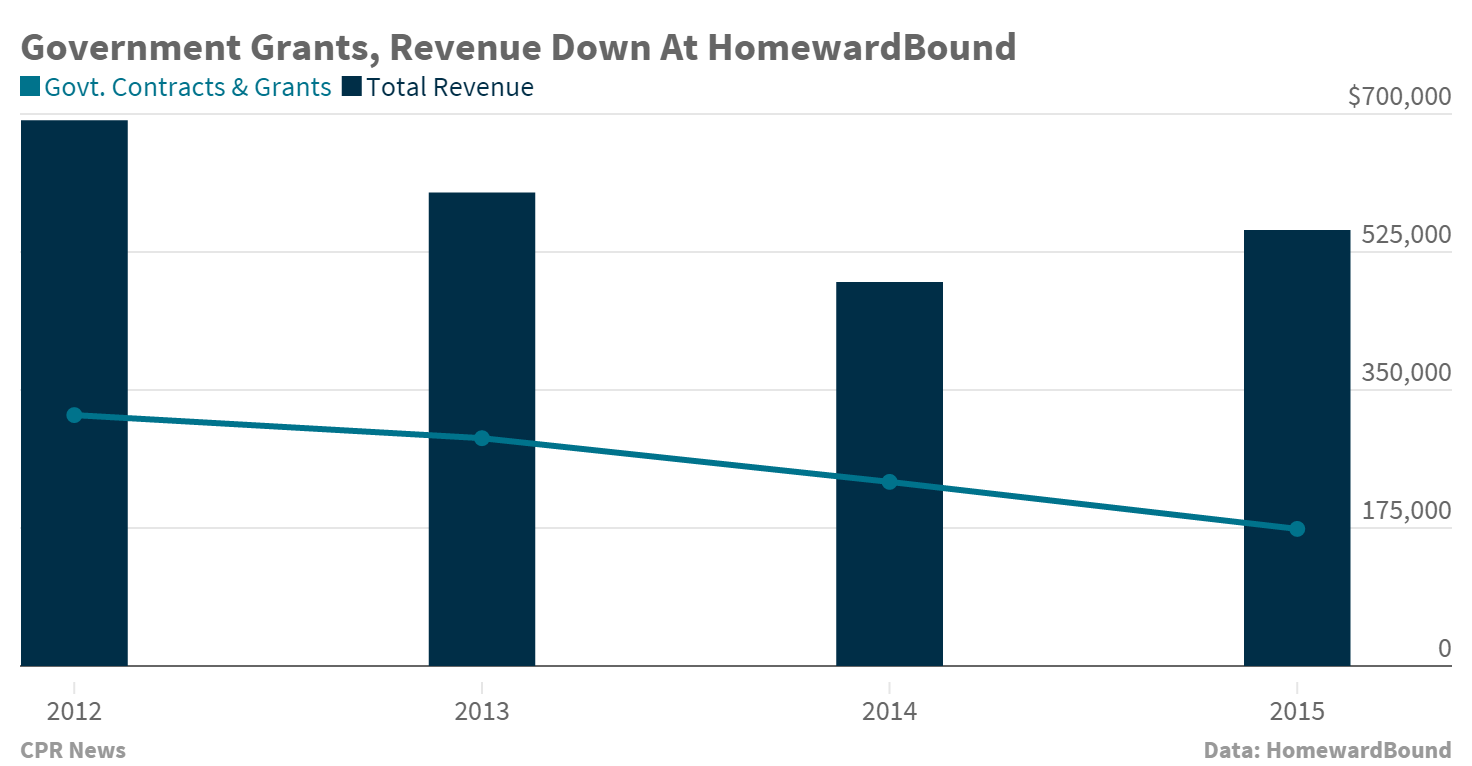 Ward said the request to the city was a last-ditch effort during the most difficult part of the year -- winter.

"We’ve depleted the reserve account down to the point that we had essentially had one more payroll if we had to tap it," he said. "Then we would’ve been out of money.”

Councilor Marty Chazen was the lone vote against the grant. He questioned how the non-profit was handling its finances.

"Your organization has been digging in the reserves for three years now, and it looks like you ran out of money and now you're coming to us at the last minute," Chazen said at a council meeting Wednesday evening.

Ward, who is a retired Wall Street banker, disputed that. He said he asked the Council for help last summer, but that request was denied.

Chazen also asked if services could be cut to save on costs until the shelter's finances improved. But Ward said because HomewardBound shelters families and single adults under the same roof, it has relatively high costs for security and other necessities.

Ward said every other major city in the state gives financial assistance to local shelters. While HomewardBound gets grants administered by the city of Grand Junction, the money comes from the federal government.

But now, Ward said the city and HomewardBound are talking about changing that.

"What amount that is and how it's done is something that needs to be studied and worked on," Ward said. [But] for the first time, at least we are having some dialogue about that."