Denver is now one of the country's top 20-most populous cities, according to new U.S. Census Bureau estimates out Thursday.

It's been adding residents at a rapid clip since 2010, while the city it displaced on the top 20 list -- Detroit -- has continued to shrink. 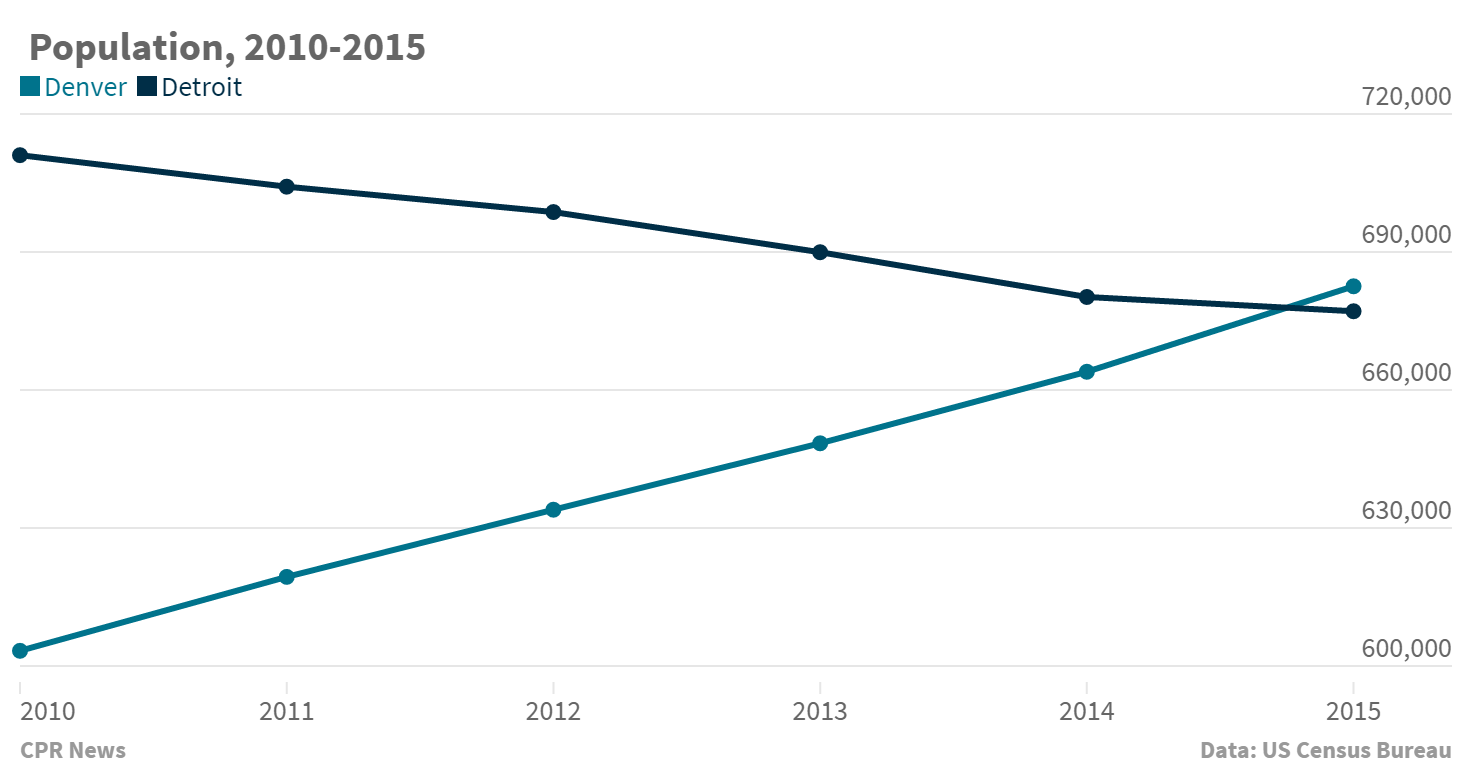 Denver's grown by 11.6 percent since 2010, according to the population estimates. That's the second-highest among the nation's 50-most populous cities, behind Austin, Texas.

Seattle, Charlotte, New Orleans, Fort Worth, and Washington, D.C. also saw increases of 10 percent or more in that time period.