Summertime in Colorado means a chance to hear some of the best classical performers in the world. Listeners flock to performances at historic venues like the Central City Opera House and outdoor stages with sweeping views, like those at the Ford Amphitheater in Vail.

This year, in-demand soloists like soprano Renee Fleming and violinist Leila Josefowicz will perform at the state’s biggest festivals in Aspen and Vail.

Meanwhile, the next generation of classical musicians hone their skills and give performances at summer schools in Aspen, Breckenridge and other small festivals.

Here’s a look at who’s performing and where to hear it. Find more concert details on CPR Classical's events calendar and use our classical summer festival map to help plan your road trip to the mountains:

Each summer, the festival presents more than 300 musical performances, including orchestra concerts, chamber music and operas. Founded in 1949, it’s regularly mentioned as one of the top summer classical festivals in the country. And the nearby school lets hundreds of aspiring professional musicians -- like the Denver violinist we interviewed in 2015 -- study under some of the best players anywhere.

Highlights: Too many to list. For starters, the 2016 schedule includes performances by soprano Renee Fleming, the Emerson String Quartet and violinist Sarah Chang.

Three of the best orchestras in the U.S. -- the New York Philharmonic, Philadelphia Orchestra and Dallas Symphony -- head to the Vail Valley each summer for open-air residencies at the Gerald Ford Amphitheater. This year, an exciting U.K. ensemble joins the mix, when the Academy of St. Martin in the Fields chamber orchestra, one of the world's most recorded orchestras, opens the festival. The 2016 lineup also includes chamber music performances by pianists Ida Kavafian, Jeremy Denk and Bravo Vail's Anne-Marie McDermott.

Central City Opera brings top-notch singers and stage productions to a historic mining town about an hour from Denver. This season marks a special anniversary: Douglas Moore’s opera “The Ballad of Baby Doe” debuted at the Central City Opera House 60 years ago and has become a key part of the opera company’s story. It’s one of four productions scheduled for this summer.

The Boulder festival began in 1976 and continues to present six weeks of orchestral and chamber performances each summer at Chautauqua Auditorium and other nearby venues. This year’s schedule sees the festival orchestra performing all four of Johannes Brahms’ symphonies over two nights as well a concert featuring Mozart’s last three symphonies.

Highlights: Performances of Antonin Dvorak’s Symphony No. 6 and “Carnival Overture,” and Jean Sibelius’ Symphony No. 5.

The five-week festival at the Breckenridge Riverwalk Center presents orchestral and chamber concerts each summer. Founded in 1980, it also hosts concerts by folk acts like the Indigo Girls and other non-classical fare.

Highlights: An “Evening in Vienna” concert featuring music by Brahms and Beethoven; an unusual evening of pieces for harp and voice featuring soprano Kathrin Danzmayr and harpist Elizabeth Hainen; and an outdoor performance of John Luther Adams’ “Sila: The Breath of the World” on Aug. 13.

The NRO and its music director, Carl Topilow, immerse younger musicians in a wide selection of orchestral music for eight weeks each summer. The festival, founded in 1960, shares the Riverwalk Center along the Blue River with the Breckenridge Music Festival each summer.

Off the Hook Arts Summer Festival

The annual Fort Collins festival broadens its focus this year. In addition to its core chamber music concerts by pianist Bruce Adolphe and other musicians, the schedule offers a greater emphasis on community events and music education programs for children. As always, these extra programs tend to focus on the intersection of music education and children’s brain development.

Highlights: A June 16 screening of the documentary “Einstein’s Light,” which includes a score by the festival’s co-artistic director and composer Bruce Adolphe; and performances by the Miami String Quartet and guitarist Eliot Fisk.

Colorado’s biggest professional orchestra maintains a busy and eclectic summer schedule. (It’s not a festival, but we thought you’d want to hear about it.) The lineup includes a Fourth of July performance at Fiddler’s Green, plus several rock concerts that find the musicians accompanying bands like The Flaming Lips, Styx and DeVotchKa at Red Rocks Amphitheatre. 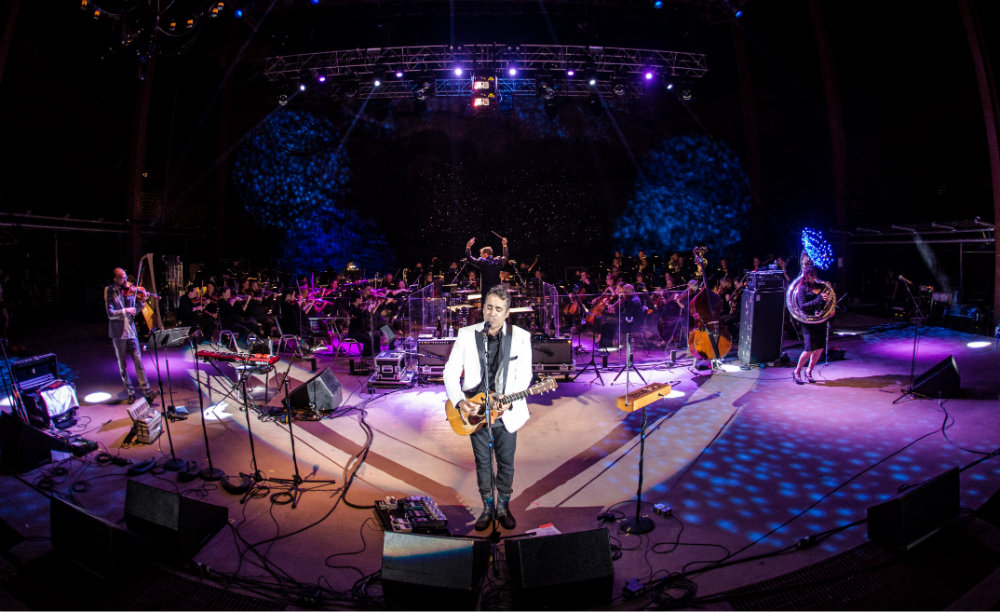 Director Charles Wetherbee, who serves as concertmaster of the Boulder Philharmonic and teaches violin at the University of Colorado, oversees this summer chamber music festival in Dillon and Keystone. The programs include  music by classical composers as well as jazz and new pieces by living composers.

Located about three hours southwest of Denver along the Arkansas River, the festival presents concerts by musicians who also play at the Aspen Music Festival and School. Performances take place at Salida High School’s auditorium.

Founded in 1995, the festival presents concerts and other events with Mt. Crested Butte as a backdrop. The focus is on chamber music and opera, with a handful of jazz, world and folk concerts on the schedule.