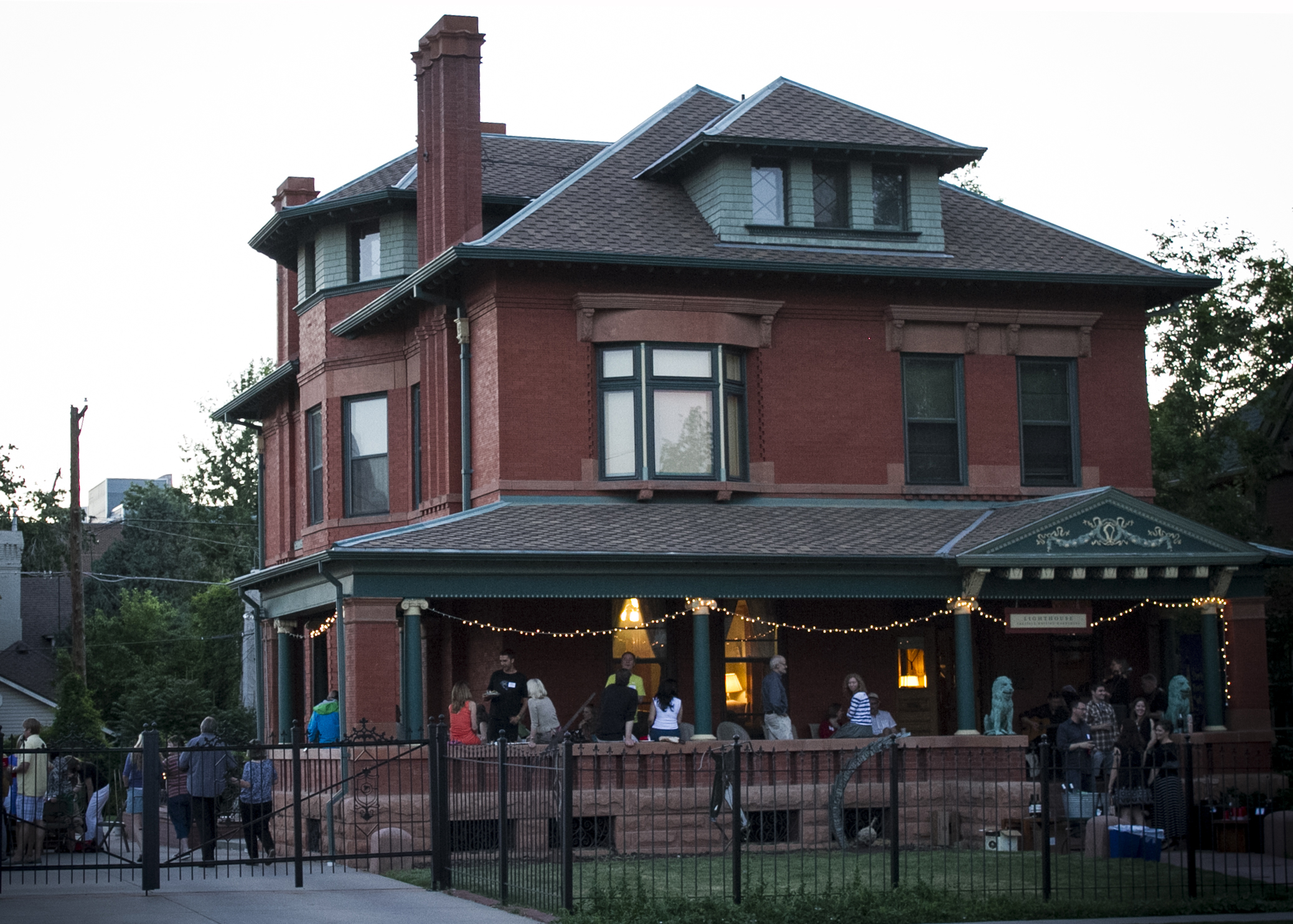 What's a writer's worst nightmare? A blinking cursor that hasn’t moved in the last hour.

Writer’s block can originate from a variety of sources, from creative stagnation, to personal or professional pressures.

Whatever the cause, few writers are immune to it.

One common tactic is to engage in physical activity.

Many writers, like Colorado author Eleanor Brown, reach for mental clarity through exercise.

“I think that doing something physical, something that uses a different part of your brain, is really helpful,” Brown says.

With the ninth annual Lit Fest and Book Fair underway at the Lighthouse Writers Workshop in Denver, the Arts Bureau at Colorado Public Radio decided to further explore the creative obstacle of writer's block.

Arts reporter Corey Jones went to Lighthouse’s home base, a Victorian mansion near the intersection of Colfax Avenue and Race Street, to ask some of the instructors and attendees how they keep their creative juices flowing when they hit a roadblock in their writing.

Read their responses below and tune into The Colorado Art Report this Friday at 10:30 a.m. and 7:30 p.m. to hear an audio montage about how authors conquer writer’s block. This segment is also available online at any time. 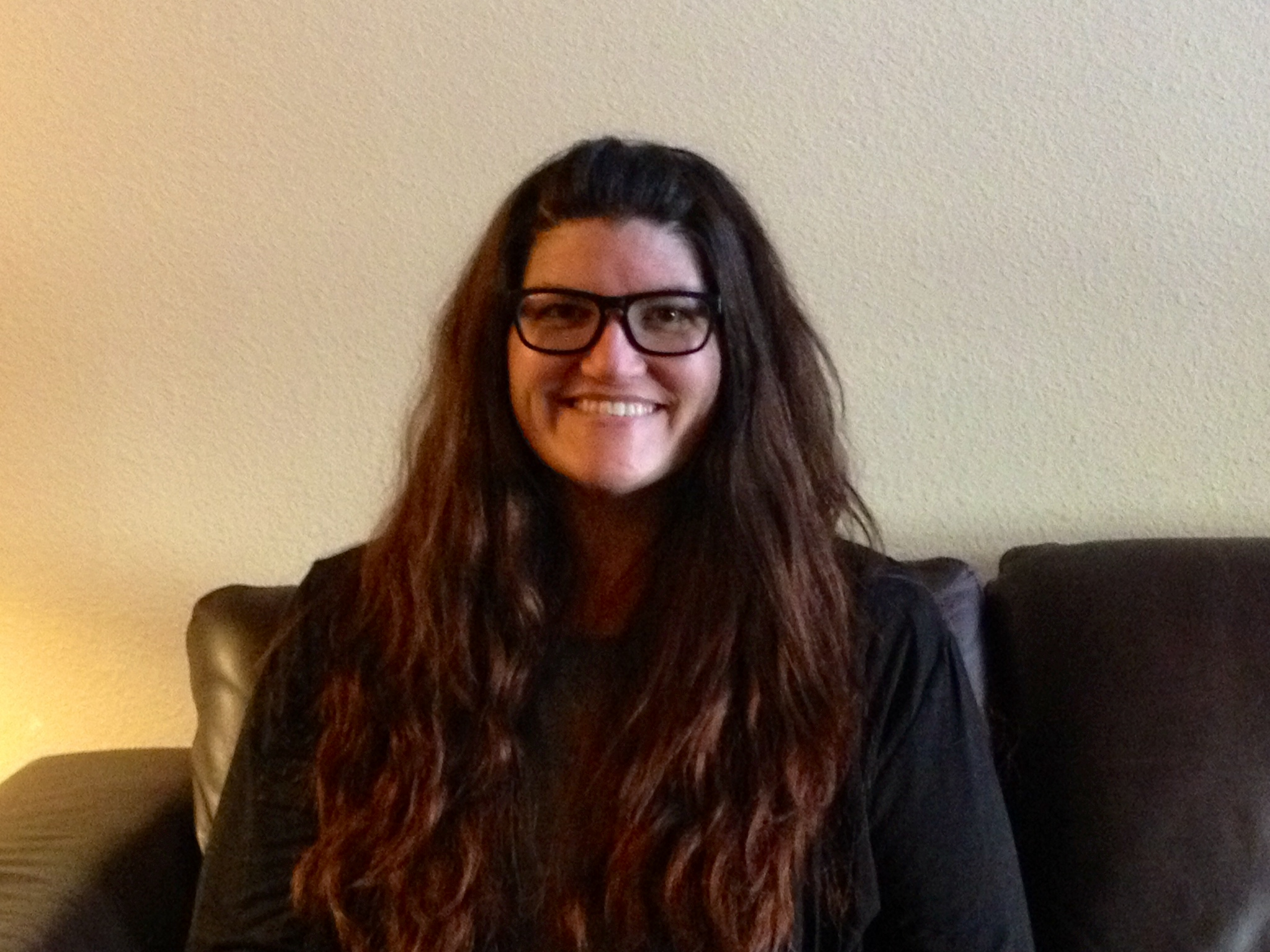 “I take long walks in the park with my dog, Effie, who loves to stop and sniff the roses," Long says. "She keeps me out of my head and in the world.” 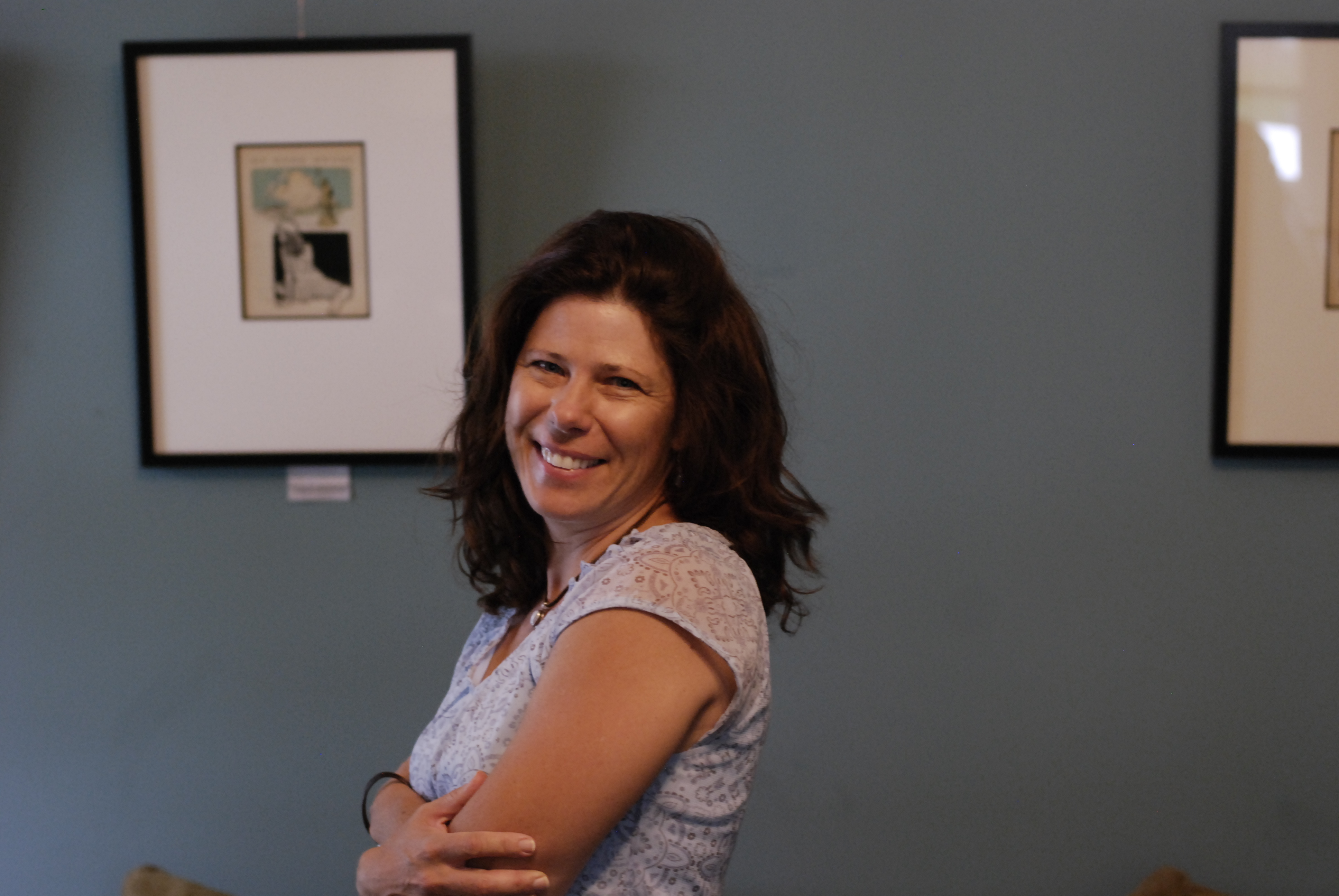 “I don’t have writer’s block," Pritchett says. "In fact, I have too many ideas spinning around in my brain at all times. My problem is actually how to find the time to write them.” 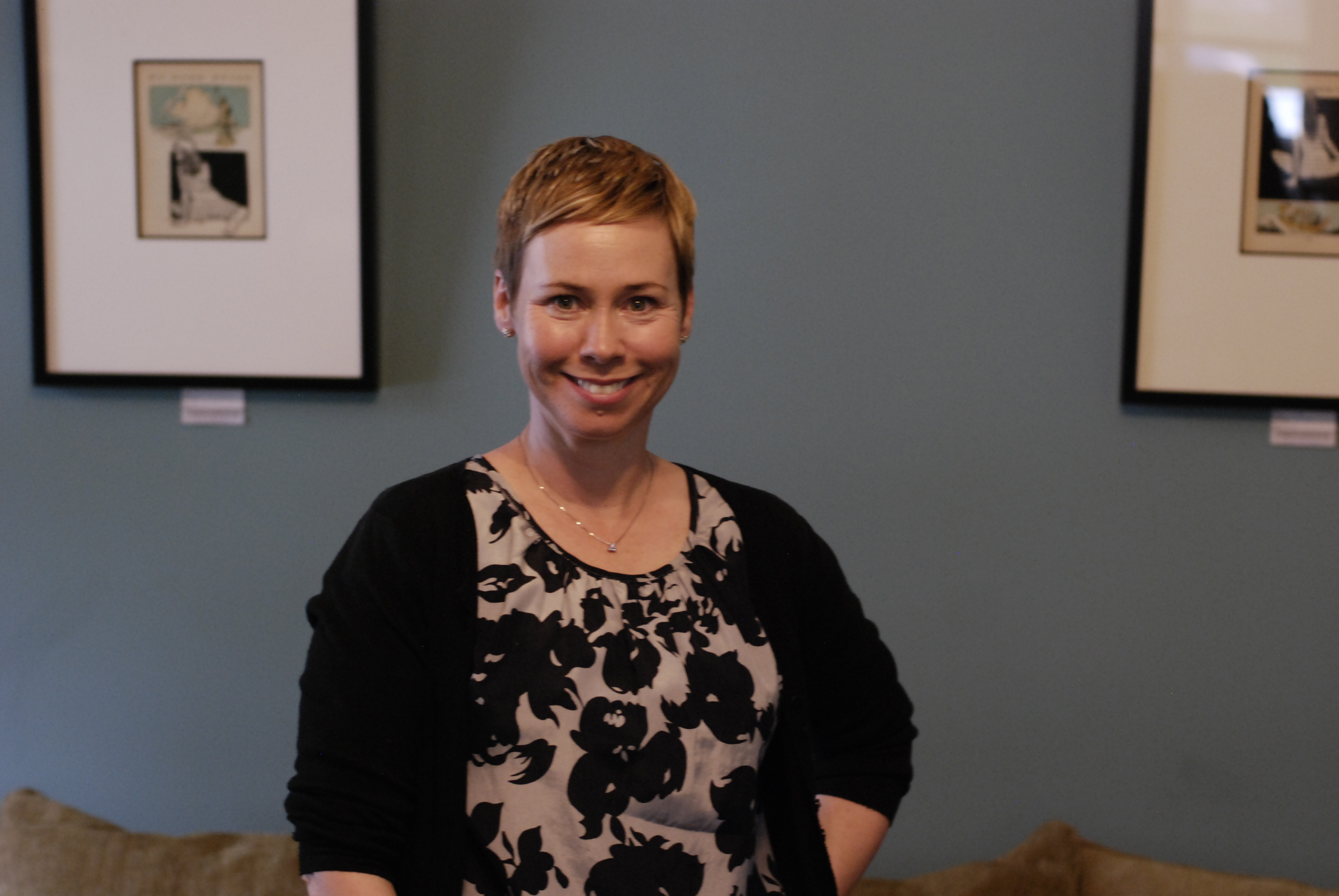 Tiffany Quay Tyson is a novelist and the communications director for Reach Out and Read Colorado. Much of her writing centers around her birthplace in Mississippi.

“I take a nap, and let my sleeping brain work on the problem," Tyson says. "I think my brain -- and probably everyone else’s brain -- continues to work while I’m sleeping. It puts the puzzle pieces together.” 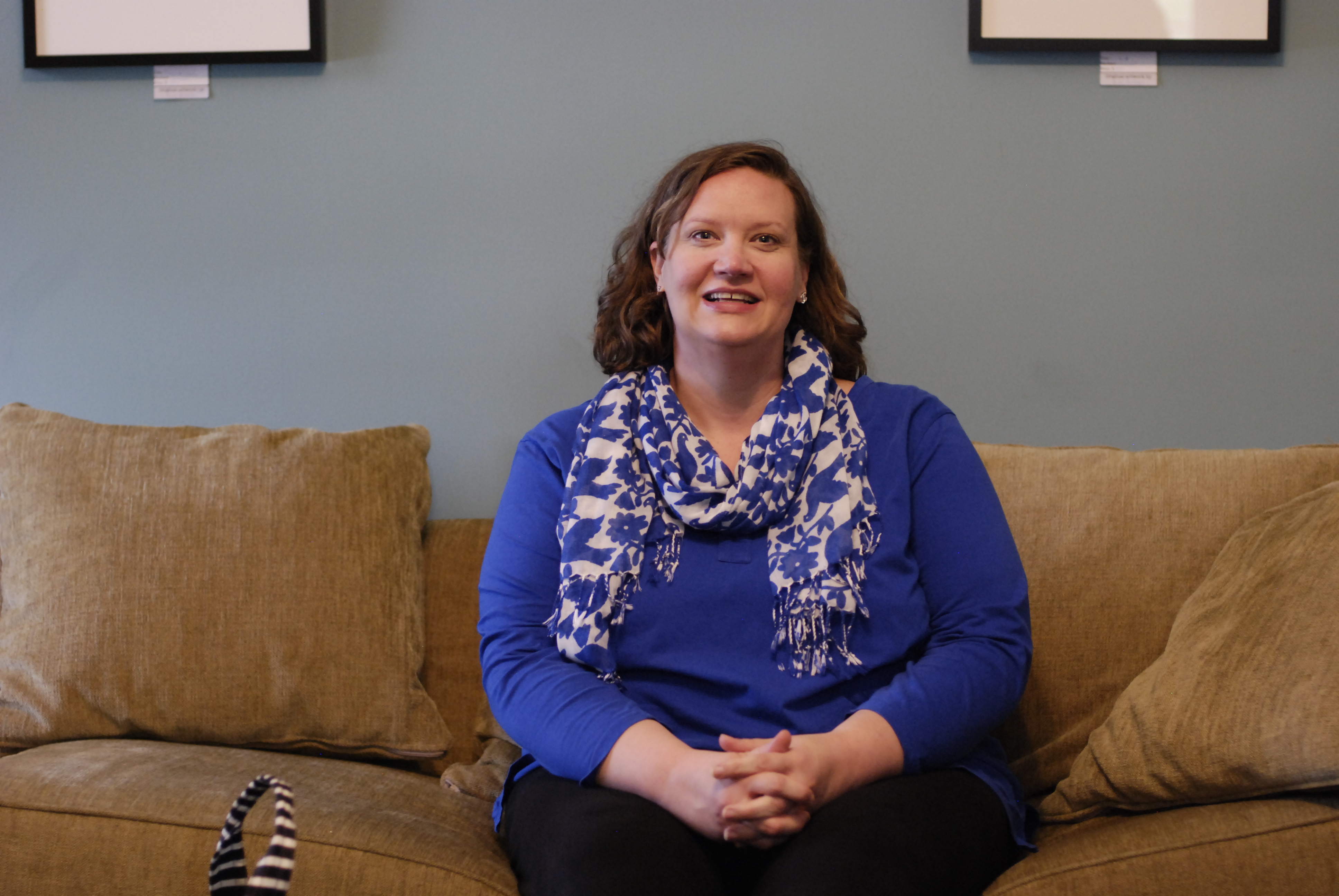 (Photo: CPR/Corey H. Jones)Eleanor Brown
Eleanor Brown lives in Highlands Ranch and is both a teacher and student at Lighthouse. She is the New York Times national-bestselling author of “The Weird Sisters.”

“I find that exercise is really important for me in writing," Brown says. "It gets me up and away from the page for awhile. The trick is you do have to come back to the page at some point, but it is important just to get up and go.” 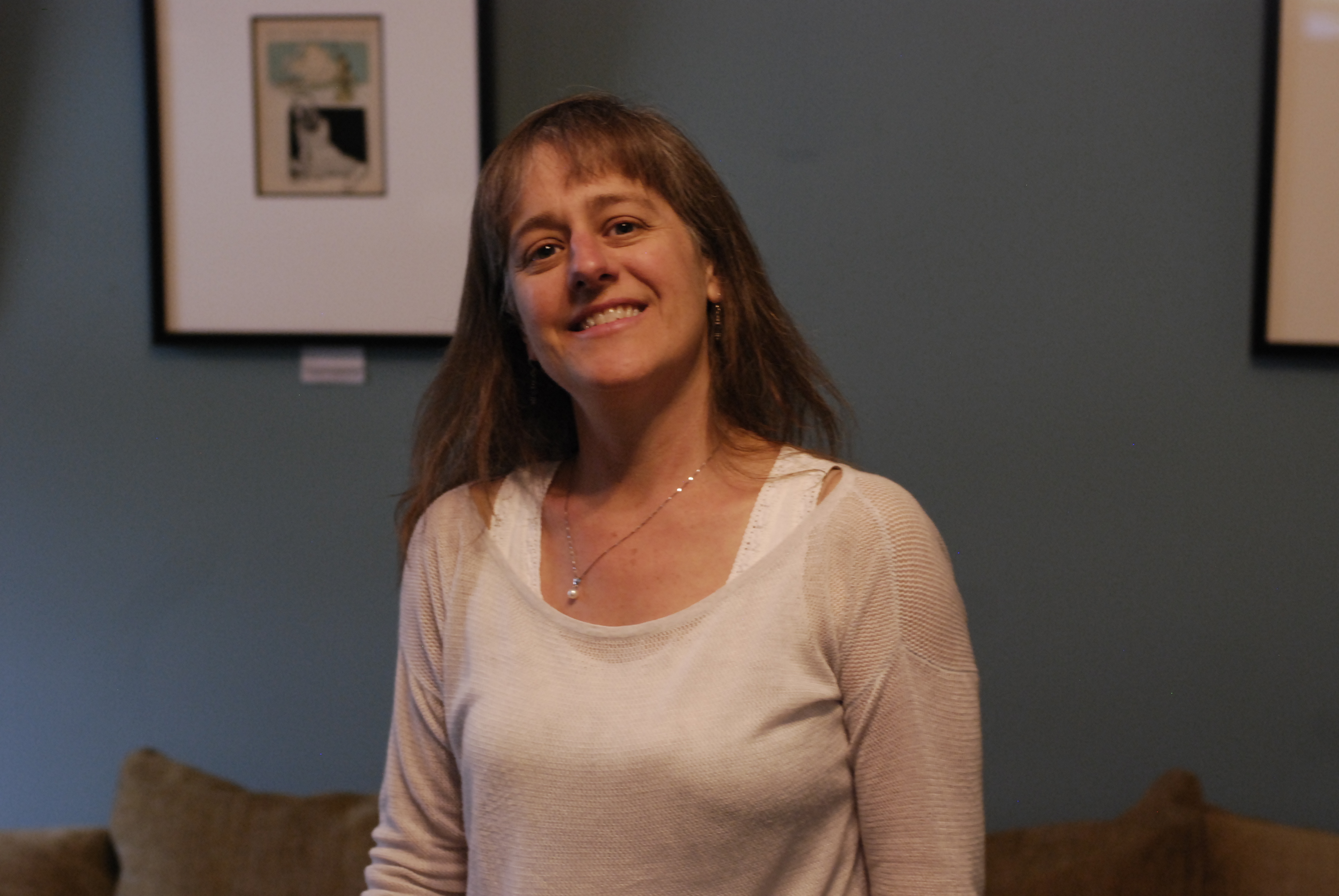 (Photo: CPR/Corey H. Jones)Christie Lips
Christie Lips from Parker is currently working on an adult fantasy novel. She takes classes at Lighthouse and is part of the Book Project, a Lighthouse workshop in which participants aim to complete a novel manuscript over a two-year period.

“I study beautiful writing and really great stories," Lips says. "With the help of these brilliant minds, I can come back, rekindle my love for writing and get back to writing. Poetry by Elizabeth Bishop has really brought me back, also Anne Michaels’ “Fugitive Pieces” and, of course, Ernest Hemingway.” 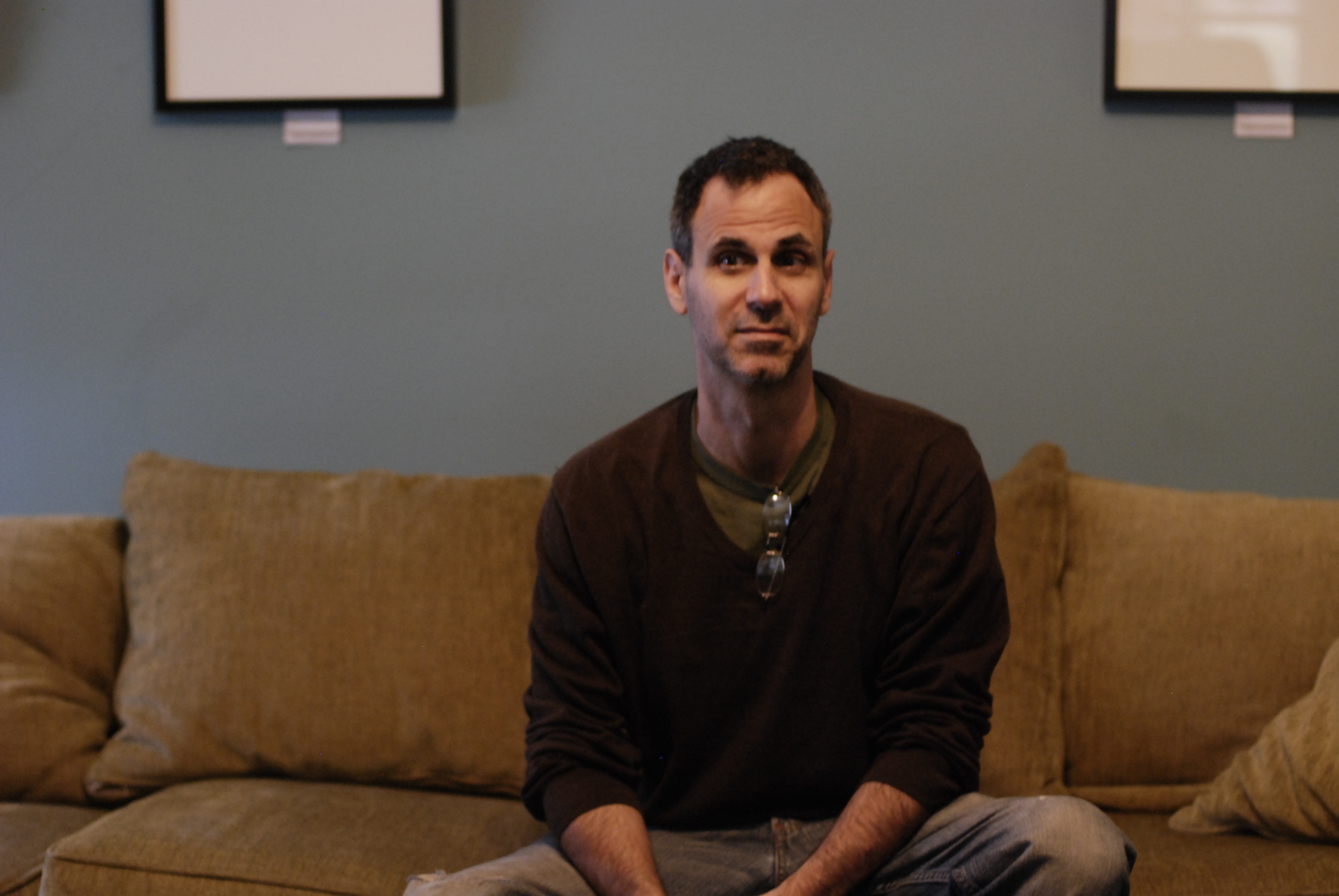 (Photo: CPR/Corey H. Jones)Steve Almond
Former sportswriter and journalist Steve Almond has authored 10 books of fiction and nonfiction. His second book, “Candyfreak,” was a New York Times bestseller and he is an instructor at this year’s Lit Fest.

“This sounds counterintuitive, but when dealing with writer’s block, my advice is to set the bar really low," Almond says. "Writer’s block is fundamentally an illness of self doubt and pressure to succeed at the highest level. I have done my best work when I have set the bar low -- just enough to get me to the keyboard without any judgment.” 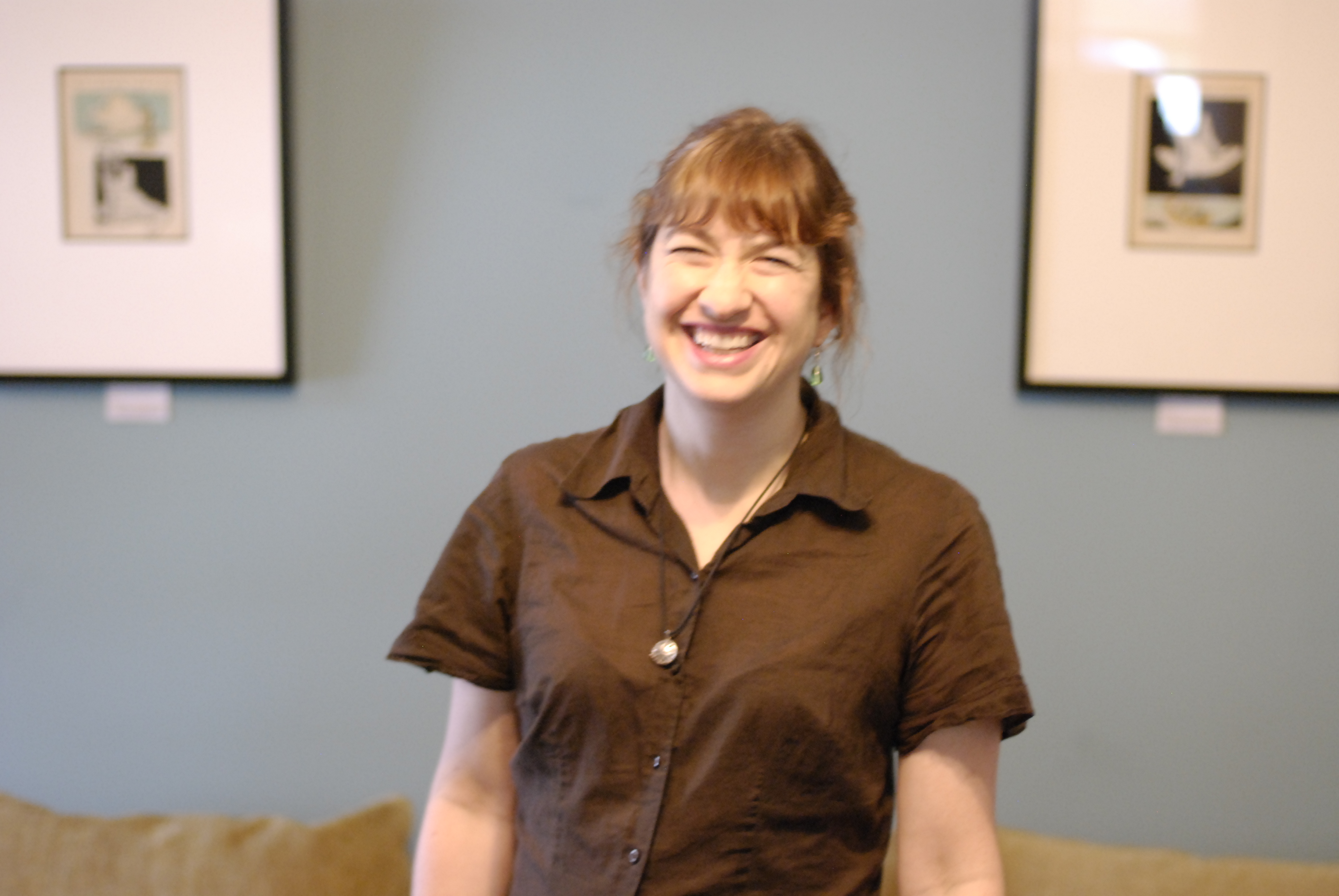 (Photo: CPR/Corey H. Jones)Erika Krouse
Award-winning fiction writer Erika Krouse lives in Boulder and is a Lighthouse and Lit Fest instructor. Her writing has been published in The New Yorker, Atlantic Monthly, Story Ploughshares, Glimmer Train and Glamour. She regularly works with writers who feel stuck.

“I’ll take any written material near me, a dictionary or anything," Krouse says. "Then I’ll point to a word and I have to use that word. If I’m still stuck, then I’ll point to another word. And I make it more and more complicated until my mind tells me, ‘Well you better write something, or this is really going to suck for you.’ It works most of the time and makes the writing surprising.” 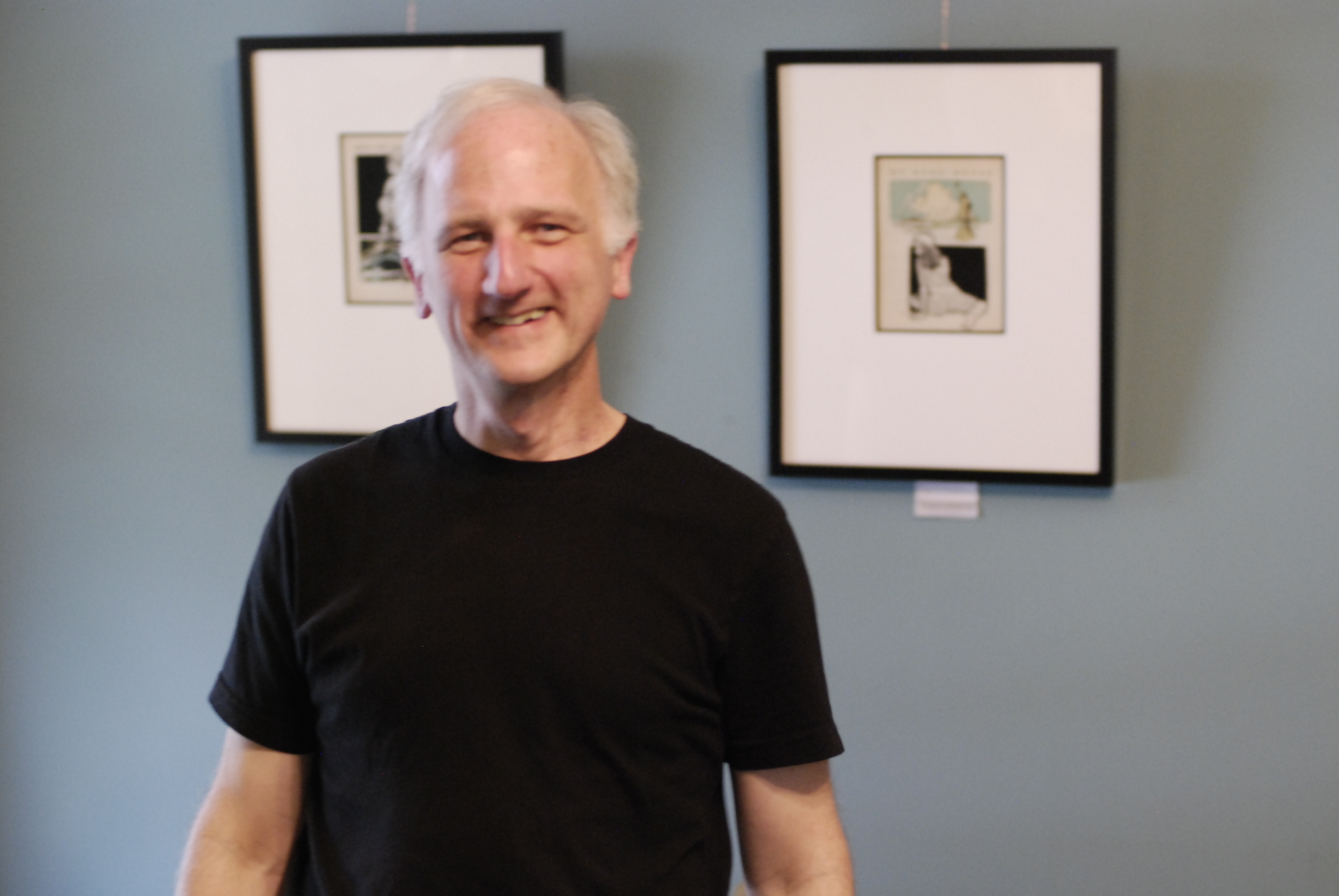 (Photo: CPR/Corey H. Jones)Thomas McNeely
Lit Fest instructor Thomas McNeely’s short fiction has appeared in The Atlantic, Ploughshares and The Virginia Quarterly Review, among other publications. His first novel, “Ghost Horse,” will be published in October 2014. 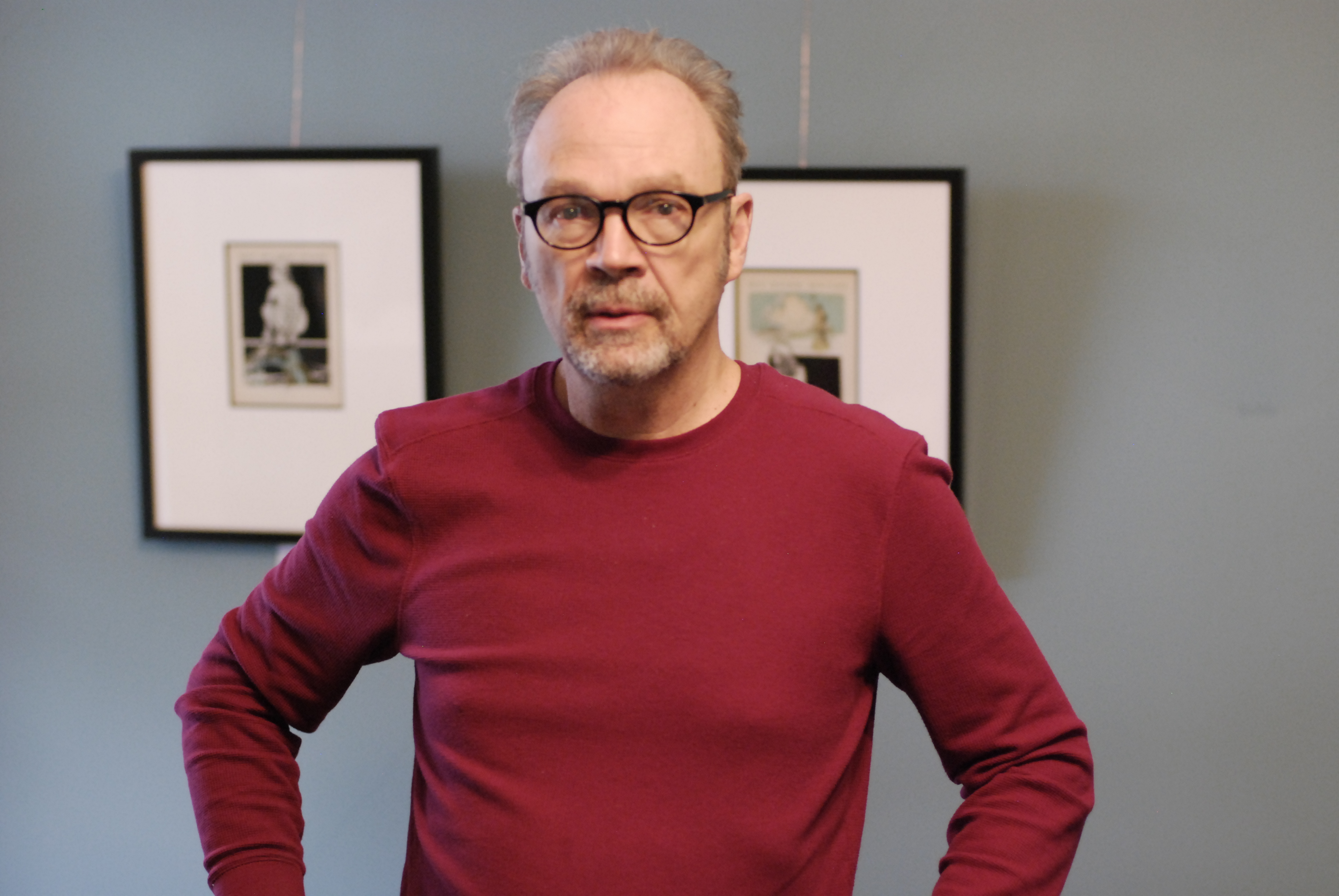 (Photo: CPR/Corey H. Jones)John Brehm
Portland-based poet John Brehm is a Lit Fest instructor and the author of two published collections of poems, “Help is on the Way” and “Sea of Faith.”

“One thing that has worked for me is to write in a radically different form," Brehm says. "I had been writing long, narrative poems in a certain kind of voice that I got very sick of. I went through a long period of feeling blocked, and I started to come out of it when I started writing in a much shorter form. Another thing that has been helpful for me is finding a strain of medical marijuana that is very good for creativity. I have found it to be almost unfailingly inspiring.”

The strand of marijuana in question, "Green Crack," is a particular favorite of rapper Snoop Dogg. 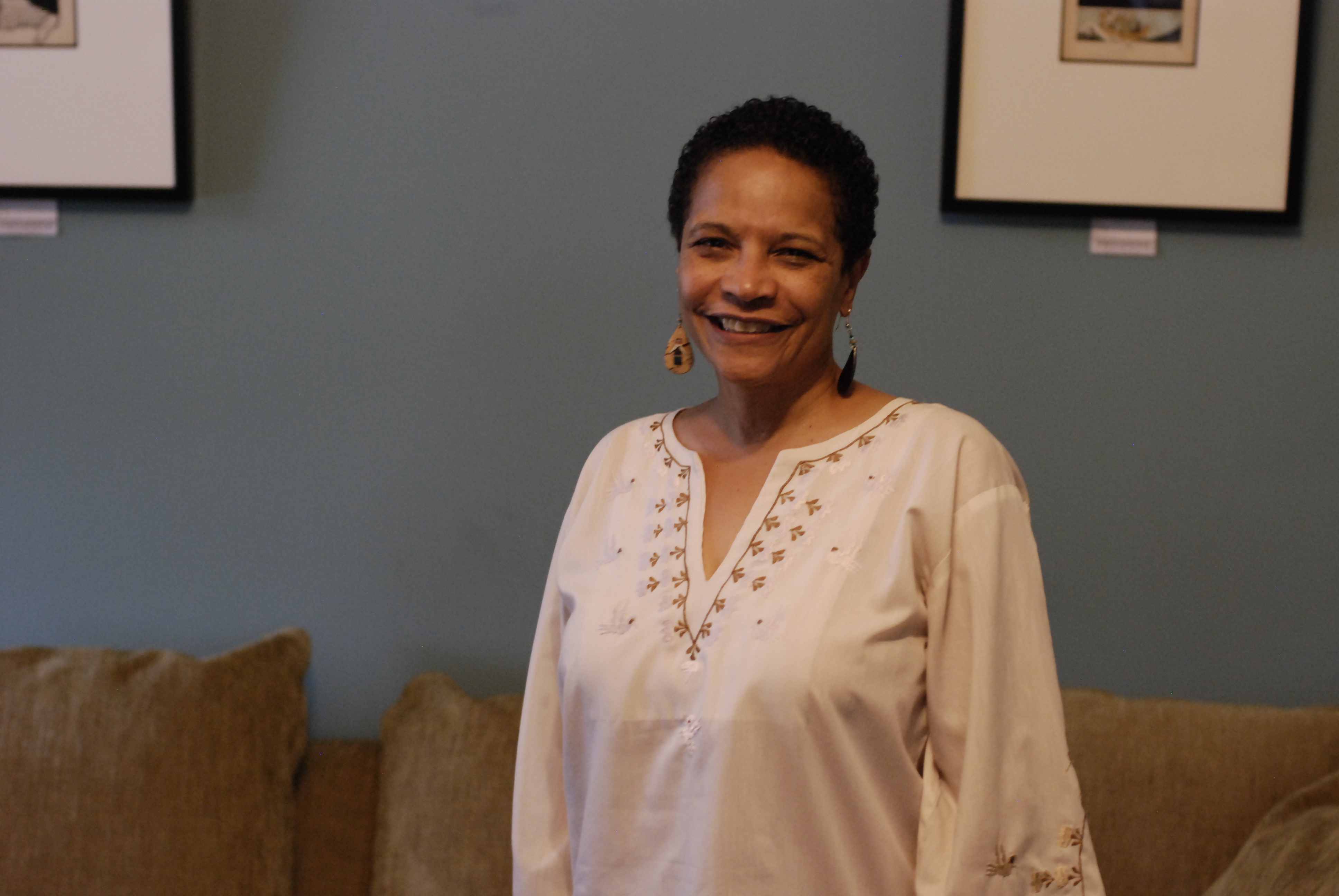 “I go to the library and surround myself with books and that energy that’s there," Miller says. "I sit down and the words just seem to flow.”

The CPR Arts Bureau also wants to hear from you: How do you deal with writer’s block?