“It’s not working any more,” Kleiman said. “I think healthcare is not just in need of reform, but in need of overhaul.”

Since the Affordable Care Act launched, nearly 400,000 uninsured Coloradans have signed up for coverage. The uninsured rate has been cut in half. Folks once left out in the cold with pre-existing conditions now have coverage.

Under a new tax-funded universal health plan called ColoradoCare, every resident would have coverage that would take the place of most private insurance. Consumers would make co-payments, but would no longer have premiums and deductibles.

Kleiman is ready to ditch his private insurance system for that proposed program. Colorado voters decide on the proposal, a constitutional amendment called Amendment 69, this fall.

"Healthcare is a right,” Kleiman said. “It’s not a privilege.”

But where Kleiman sees a right, others see a huge economic gamble.

Kleiman works for an online retail company. He voted for Obama but is now a big fan of Sen. Bernie Sanders. He wears a Sanders cap and still has a Sanders campaign poster in his front window. An audiophile with thousands of records, Kleiman even owns a spoken-word recording the Sanders campaign sent out.

Kleiman’s support for a new health insurance system comes from experience. Five years ago, he was hospitalized by a mystery virus that nearly killed him. But he didn’t have insurance at the time. He’s convinced his treatment would have been better if the state had the kind of universal coverage ColoradoCare promises.

“It’s kind of unconscionable not to level up to the rest of the first world, with what we have available to us,” Kleiman said.

He has insurance now, but can barely afford it. The healthcare market on the Western Slope has fewer options than the Front Range and those options are expensive. Next year, it'll cost him perhaps $450 a month.

“It would change my life so much to be able to afford my own health plan,” Kleiman said.

Kleiman’s wife, Hannah Evans, says she’s also ready to opt out of the current system. “I guess it could be seen as a little bit of a roll of the dice, but it’s something that I would be willing to gamble on,” said Evans, who works as a public librarian in Mesa County.

That’s a gamble Mike Anton is not ready to take. He owns Emtech, Inc. a Grand Junction company that rebuilds and repairs things like motors and generators. Anton describes himself as a conservative. He doesn’t mince words about the proposal, which some people call a single-payer system.

“I haven’t met anybody in the world that I live in or the people that I associate myself with that is for a single-payer healthcare system,” Anton said. “Not one.”

Colorado residents would support the plan with a new 10 percent payroll tax. Your pay stub would show your employer paying two thirds of that, with you paying a third. The self-employed would also pay 10 percent. Backers of the plan say those taxes, totaling $25 billion in 2019, will be more than offset by savings from no longer paying premiums and deductibles. 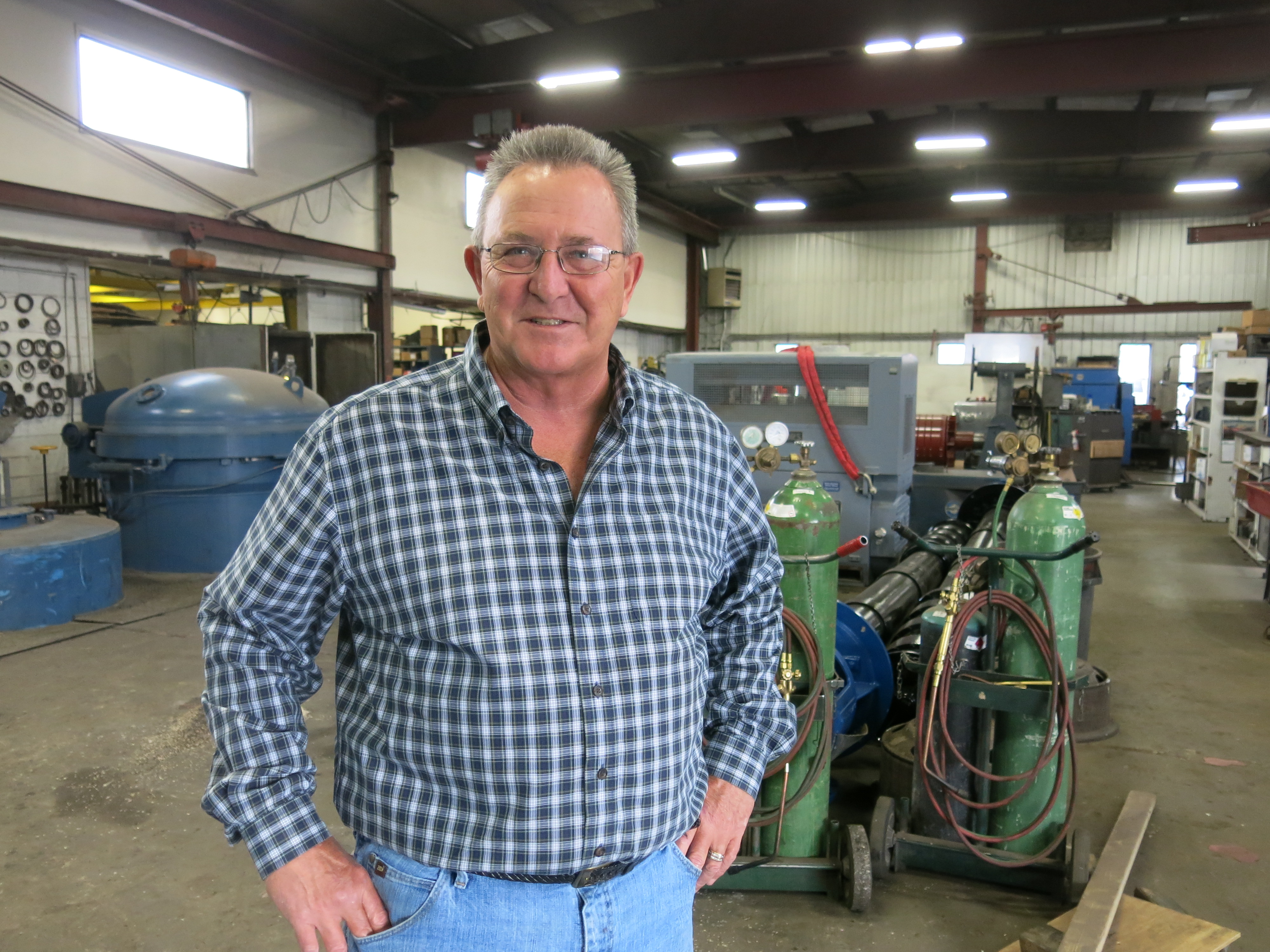 “I’m a little confused as to how this is going to benefit the employee, the employer, the community, the citizens the taxpayer,” Anton said. “I don’t get it.”

ColoradoCare would be a cooperative run by it’s members, essentially all the state’s residents. Its projected budget the first year is $36 billion -- 40 percent bigger than the state budget.

Anton has his share of frustrations with the current system. He said when he bought his shop in the mid-1990s he was able to provide 100 percent healthcare coverage to his employees and their spouses. But due to rising costs, he's had to cut back. Now he covers 75 percent of an employee's healthcare with the worker kicking in 25 percent, and he no longer is able to cover spouses.

"Healthcare in itself from a business perspective is completely out of control," Anton said.

But he sees ColoradoCare as a big new government experiment, like when the state rolled out legal recreational marijuana.

“They were smoking pot when they were writing this plan,” Anton said with a laugh. “Because that’s about what it represents to me -- somebody who is high on drugs.”

John Lujan, a machinist at Emtech, agrees. His company-sponsored health care hasn’t gotten any cheaper since Obamacare launched and he’s skeptical of the new measure.

The non-partisan Colorado Health Institute (CHI) issued an independent analysis of the proposal. President and CEO Michele Lueck says the plan would save billions of dollars in insurance company profits and administrative costs -- money that would go to the new system. 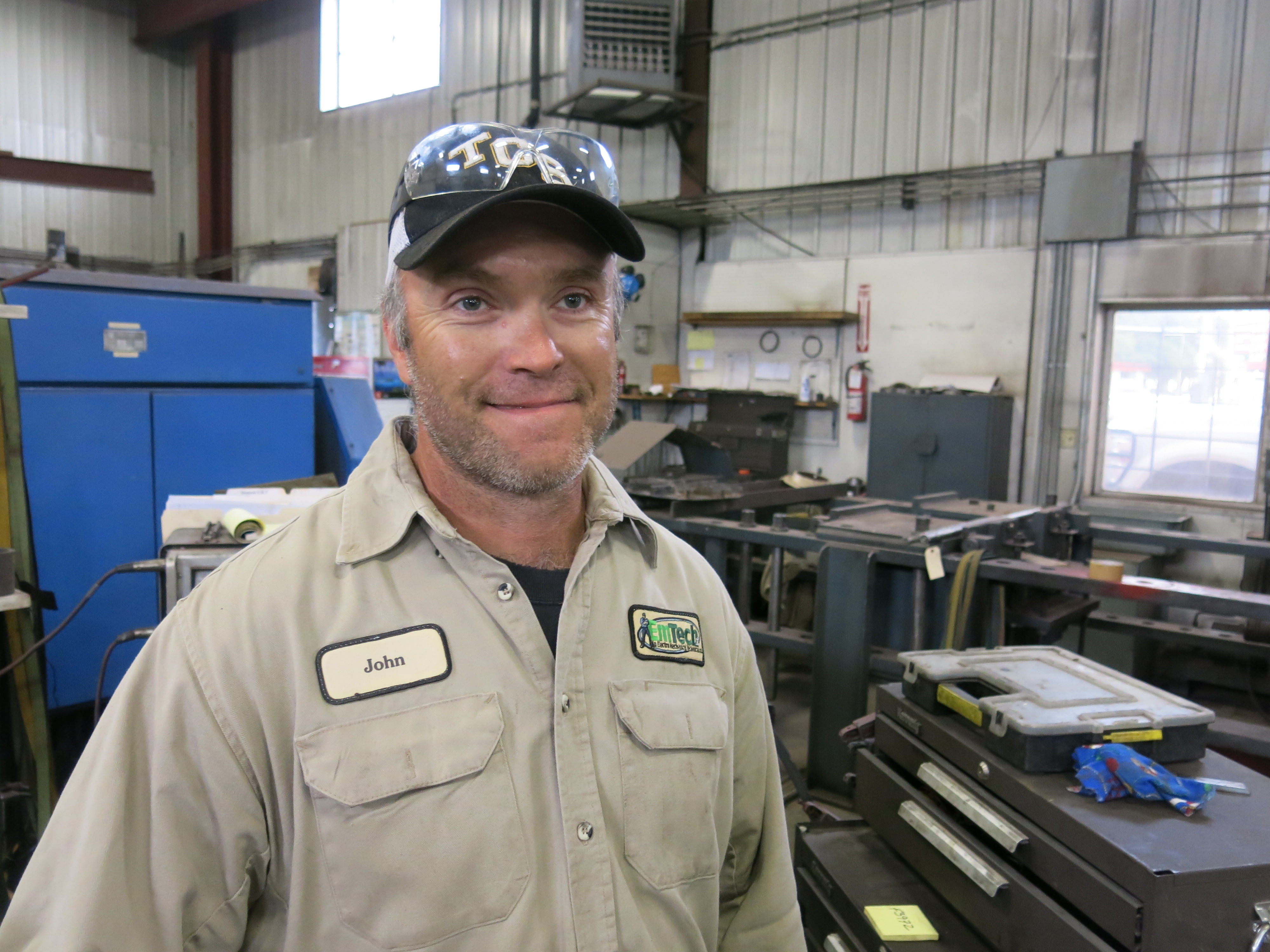 “If you reallocate those savings and spend the money in a different kind of way, we can in fact provide universal coverage to all residents of Colorado,” Lueck said.

T.R. Reid, a leader of ColoradoCare and journalist who has reported on healthcare systems all over the world, says the analysis shows the program can go years saving billions before a tax increase may be necessary to fund it. “The alternative is increases in healthcare premiums every year,” Reid said.

But Lueck says the CHI study reveals revenues for the new system wouldn't keep up with rising healthcare costs. Lueck says, without a tax hike, it would have a nearly $8 billion deficit within a decade.

“We think that it can’t be sustained over time simply because expenses will exceed revenue,” Lueck said.

Opponents of the proposal trumpeted the CHI findings. Sean Duffy, a spokesman for the No on 69 campaign, also known as Coloradans for Coloradans, says it shows “how risky and uncertain Amendment 69 is for Colorado. It demonstrates that ColoradoCare is financially unsustainable and will bleed red ink virtually from day one.” He says the only way to control costs would be to limit accessibility and quality or increase taxes.

But backers vehemently disputed CHI’s projection of the proposal’s long-term financial prospects. Last month at a news conference downtown, ColoradoCare leaders and supporters fired back at the CHI’s findings. They said the proposal would dramatically lower health care spending and that in a decade ColoradoCare spending would be $2.7 billion less than the current insurance system.

The nut of the fight is over federal waivers and federal funds used to pay for Medicaid coverage and subsidies under the Affordable Care Act.

Medicaid is a joint federal-state program and with federal approval, ColoradoCare would administer parts of its budget. Tax subsidies for the state’s health exchange, Connect for Health Colorado could also be transferred to ColoradoCare, if approved by federal officials.

The new presidential administration would make the call on whether to okay the waivers. The Colorado Health Institute analysis found if it decided to deny some or all of the requests, that could endanger the project’s revenues. Using its “most plausible scenario,” CHI analysts assumed ColoradoCare would receive $6.8 billion from a Medicaid waiver in its first year which is about $4 billion short of what ColoradoCare proponents predict.

Assuming that ColoradoCare would not get the all-important waivers to bring in essential revenue is a critical mistake according to Sen. Irene Aguilar, a Democratic state lawmaker and leader of ColoradoCare.

Aguilar said the federal government has allowed Medicaid waivers for people to private insurance or set up health savings accounts. “That was the most blatantly unfair assumption” in the CHI analysis, she said.

CHI’s CEO Leuck says they are confident in their financial analysis and the conclusions they have drawn. “We have identified a structural gap in the financing of ColoradoCare,” Lueck said.

ColoradoCare backers also point to a circuit breaker written into the proposal that pulls the plug on the plan. If ColoradoCare doesn’t get the needed waivers, exemptions and agreements from the federal government “sufficient for its fiscally sound operation,” the language in the proposal states, it would “shut down and return unused funds.”

Ultimately, Lueck said voters in Colorado this fall will decide the outcome of a fight of epic proportions over this question: Should Colorado stick with the current big private insurer system and its rising costs, or opt for a big, new, untested public alternative?