KUNC published the allegations Friday. Nine staffers, lobbyists and lawmakers say they have faced unwanted sexual attention from Lebsock. Rep. Faith Winter, another Democrat, said Lebsock pressured her to leave a bar with him in 2016, at one point grabbing her elbow.

“Sexual harassment for professional colleagues is unacceptable,” she told CPR News.  “Everyone should be able to go to work with the people the interact with on a daily basis and feel safe.”

Winter said she decided not to file a formal complaint or go public following the incident. She did put Lebsock on notice, promising to be the first one to tell the press if she ever heard he was behind another incidence of sexual harassment. 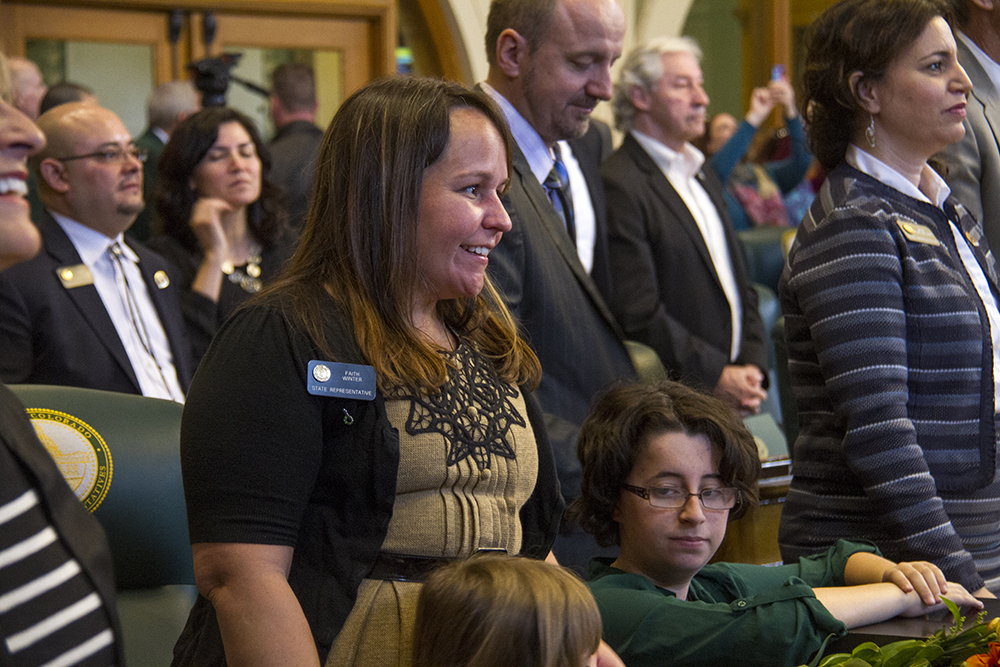 She kept the promise.

Winter decided to talk after learning about another incident related to an unnamed lobbyist. KUNC reports Lebsock explicitly asked the lobbyist for sex.

“One of the reasons I did come out is the women I know have been harassed by Rep. Lebsock are lobbyists,” said Winter. “So there’s a power dynamic making it hard for them to speak up. And I hope that means it won’t happen again.”

Speaker Duran called the allegations deeply disturbing. In a statement, she said that there’s “no place for those types of actions at the legislature.”

Duran temporarily removed Lebsock from his chairmanship of the local government committee. Beyond his representation of Colorado House District 34, Lebsock is a candidate for state treasurer.

Lebsock has not responded to request for comment from CPR News. He also declined to comment to The Denver Post about the calls for his resignation, but did tell the Post that he did “not remember ever saying anything inappropriate to Rep. Winter.”