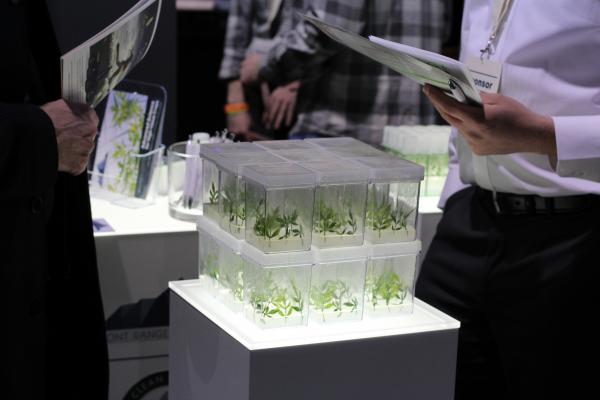 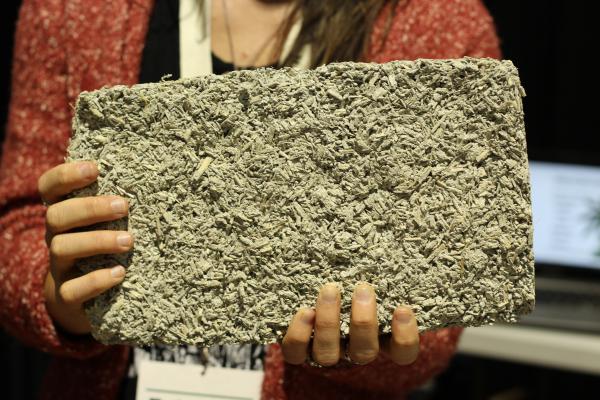 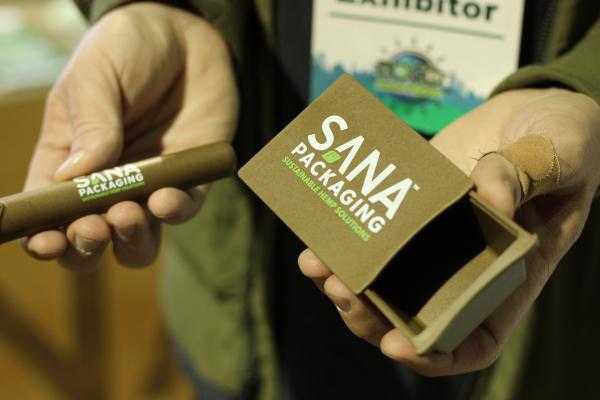 “Most people are used to having a soda or a drink of some sort and this is just a nice and easy delivery method,” says Leshman.

CBD is an oil extracted from hemp and while research is limited, it’s purported to have strong medicinal properties. Products like Leshman’s soda are used to treat a variety of ailments, including anxiety, pain and even seizures.

As one of the largest hemp-dedicated conferences in the country, there are over 150 retailers attending and the majority are selling CBD infused foods, lotions and tinctures. A report by the research analyst company Brightfield Group expects the CBD market to reach $1 billion in the next five years.

CBD is a budding industry that stands to gain a lot from a recent announcement by Senate Majority Leader Mitch McConnell. After 77 years of heavy federal restrictions, McConnell plans to introduce the Hemp Farming Act of 2018, a bill that would remove hemp from the controlled substance list.

It’s big news for Colorado, where more hemp is grown than in anywhere else in the U.S. It also impacts 33 other states that have passed legislation allowing for some form of hemp production, mainly in the form of research pilot programs.

For retailers like Leshman, the possibility of a federal change is welcome, but it’s not a game changer. He can already legally purchase CBD oil and distribute his products throughout the U.S.

“We have zero issue with how things are written at present so it doesn’t matter for us,” he says.

A fourth generation farmer, Ryan Loflin grows corn, wheat and alfalfa alongside 300 acres of hemp in Springfield, Colorado. He’s also something of a legend at the hemp expo. In 2013 Loflin was reportedly the first U.S. farmer in 57 years to successfully grow and process a commercial-scale industrial hemp crop. He’s concerned about the possible details in McConnell’s bill and how it could impact famers like him.

“[I] just had a little concern with what THC levels could be,” he says.

Hemp is a cousin of marijuana and contains a miniscule amount of THC, the psychoactive component in weed. Existing law prohibits U.S. farmers from growing hemp with more than 0.3 percent THC. If tests show that a hemp crop is higher than that, the farmer is required by law to destroy it and bear the costs.

“We have to pay quite a bit to have the tests done every year,” says Loflin. “It’s money that comes already out of a empty pocket of most farmers.”

This rule isn’t expected to change under federal regulation. But farmers say controlling THC levels can be difficult.

The Colorado Department of Agriculture has heard from farmers who say extra sunlight and even higher altitudes can unintentionally cause a hemp crop to produce extra THC. Loflin says a threshold of at least 1 percent THC would give farmers more breathing room.

“We have to be careful with fertilizing our crops because we don’t want the THC to go up, but yet we want to grow the best crop we can possibly grow,” says Loflin. “We can’t because we have this crutch, or this limit on us, so to speak.”

Duane Sinning with the Colorado Department of Agriculture says controlling THC levels may be a challenge now, but only because the modern U.S. hemp industry is still in its infancy. He says new hemp varieties have already been developed that cannot produce more than the legal amount of THC.

“This won’t be an issue given enough time,” he says.

Many retailers and growers at the expo are maintaining a healthy level of optimism, with a dash of skepticism about how fast Congress may act. Scott Leshman, the producer of CBD beverages, says he’s not too concerned about the details in McConnell’s bill.

“Until something’s done there’s nothing for us to do,” he says.

As it’s done for the last five years, the U.S. hemp industry will continue growing — with or without federal permission.

Editor’s note: an earlier version of this story misspelled Loflin.