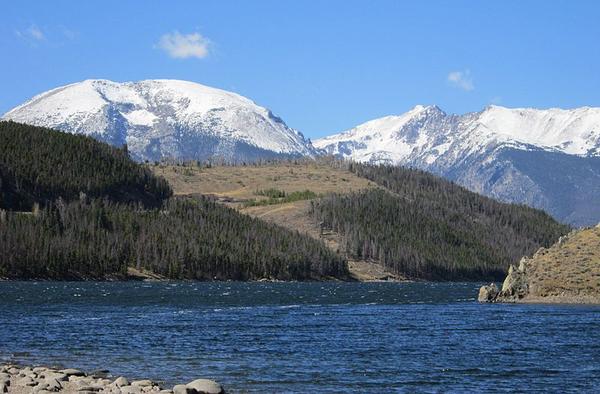 The surface temperature at a major reservoir in Colorado has risen 5 degrees over a 35 year period. That's according to a new study from researchers at the University of Colorado Boulder.

Lake Dillon is a significant source for Denver's water supply. So researchers at CU Boulder were given the task in the early 80s to study the water quality. William Lewis is a professor at CU Boulder and lead author on the study.

"The fact that it's warming is not very surprising," Lewis said. "The high rate of warming is a little surprising."

Lewis said despite the changing temperatures, there weren't any signs of ecological damage to the reservoir. But the researchers think there's a reason for that. The lake sits at an altitude of about 9,000 feet so the water is very cold, to begin with.

He said the lack of ecological damage may not be the case for reservoirs at lower elevations.