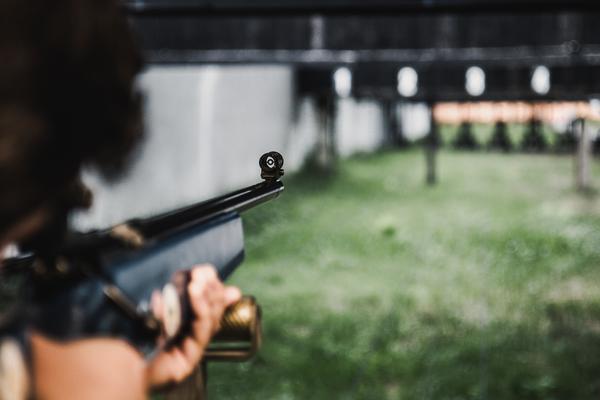 A study in the medical journal BMJ found a strong association between the strength of a state’s gun laws and its rate of mass shootings.

Paul Reeping is an epidemiologist with Columbia University and first author on the paper. He says researchers had already looked at the relationship between gun laws and outcomes like suicide or homicide.

“But to this point there hadn't been any analyses done on whether or not there's an association between permissive gun laws and mass shootings,” he says.

The study looked at data from 1998 to 2014, pulling mass shooting data from the Federal Bureau of Investigation’s Uniform Crime Reporting System. In order to quantify how “permissive” or “restrictive” each state’s gun laws are, they used a scoring system in a traveler's guide for gun owners.

“It actually is written by a guns dealer and a lawyer and somebody who associates himself with the NRA. It's also made for gun travelers, the point being that we didn't want to have any inkling of any type of bias,” says Reeping.

They plotted those scores against the rate of mass shootings in each state. After controlling for a bunch of factors, including poverty, education and unemployment, they found that the rates of mass shootings tend to be higher in places with less restrictive gun laws -- places like Colorado, Utah, Wyoming and Idaho. They also found a strong association between mass shootings and a state’s rate of suicide by firearm, which is often used a proxy for gun ownership.

“My understanding of this article is that it demonstrates that three phenomena are strongly associated with each other across states: (1) the number of state firearms restrictions, (2) the proportion of suicides committed with a gun, and (3) the number of mass shootings,” says Terry Schell, a senior behavioral scientist with a nonprofit research organization, the RAND Corporation, who was not involved in the BMJ study.

Schell, who coauthored a 2018 publication called “The Science of Gun Policy,” says the use of the traveler’s guide for scoring states is different.

“It is nice to show the association persists even if you use ratings designed by gun owners,” says Schell, as opposed to using scores from gun control advocacy groups.

But, he says, it’s still a chicken-and-egg scenario. Do stricter gun laws cause a reduction in gun ownership and mass shootings? Or could it be the opposite?

“It could be that the rate of gun ownership in a state determines the number of gun restrictions that will be passed into law, but those gun laws have no effect on either firearms suicides or mass shootings,” says Schell.

Reeping says it’s a good question for future research and that he and his colleagues are hoping to look at individual firearm laws to see if they had a before-and-after effect on the rates of mass shootings in certain states. He’s also curious about something else: For most years, the average rate of mass shootings in “permissive” states was higher than that in “restrictive states.” But in 2010 those lines started to diverge even more.

In other words, the gap in the rate of mass shootings seems to have widened, at least from 2010 to 2014, the most recent year for which data was available at the time of analysis. If that trend were to continue beyond 2014 and into the future, states like those in the Mountain West might expect a higher rate of mass shootings over time.

Reeping says it’s unclear what might have started that divide -- that’s another question for future research.