Update Aug. 26 -- Chloe Dygert dominated a field of almost 100 riders over four days to pedal away as the victor in the 2019 Colorado Classic. The women's pro bike race ended Sunday in Denver after three other stages in Steamboat Springs, Avon and Golden. Along with claiming the overall win, and winning each stage, the Olympic silver medalist also swept all the other categories: sprint leader, queen of the mountain and best young rider.

On opening day of the Colorado Classic, Roberta Smith looked out into a sea of women on bikes and a crowd full of young women fans. As a longtime cyclist herself, she was in awe.

“It’s so wonderful to see so much dedication going into a women’s sport,” Smith said. “So that we can show the world, show the nation, that women’s cycling is legitimate, and we’ve got some excellent women athletes out here competing.”

Smith is on the board of the Colorado Women’s Cycling Project, which is a women's team that has both pro and club members. She’s been a competitive cyclist for the last 13 years, and she’s seen the ebb and flow of the field. The Colorado Classic race just “takes it to a different level of amazing, and it really brings it home here in Colorado.”

The Colorado Classic first started in 2017 as a men’s race with a smaller women’s segment. The mission was to create a sustainable race that would last more than a year and would be financially viable. To make that goal a reality, the organizers knew they needed to engage the audience, said Lucy Diaz, chief operating officer of RPM Events, which owns and operates the Colorado Classic.

In 2018, they paired the cycling races with a concert, but Diaz said nothing really clicked. So they decided to change tactics and refocus on how they could make a difference and get people to rally around the race and support it. 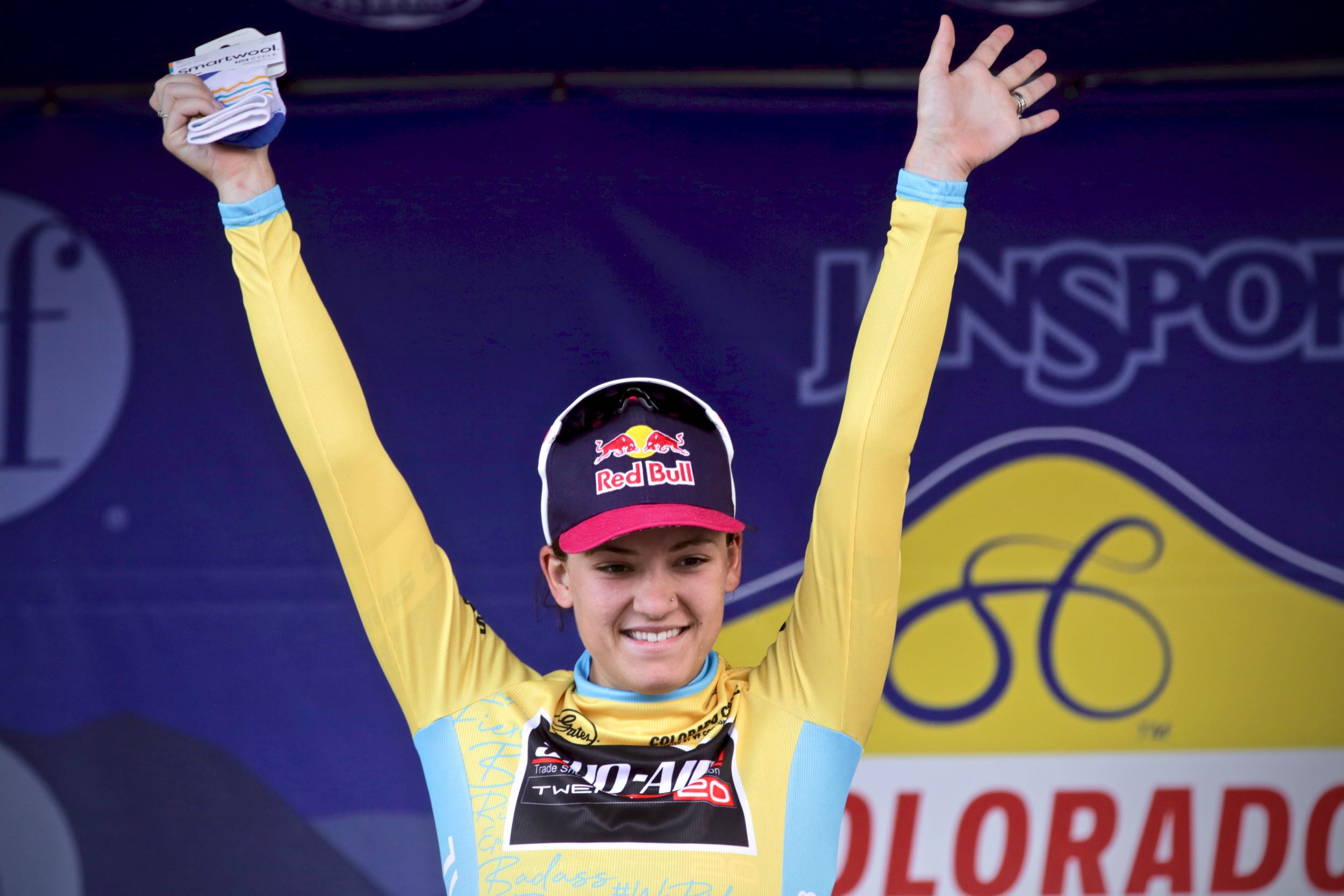 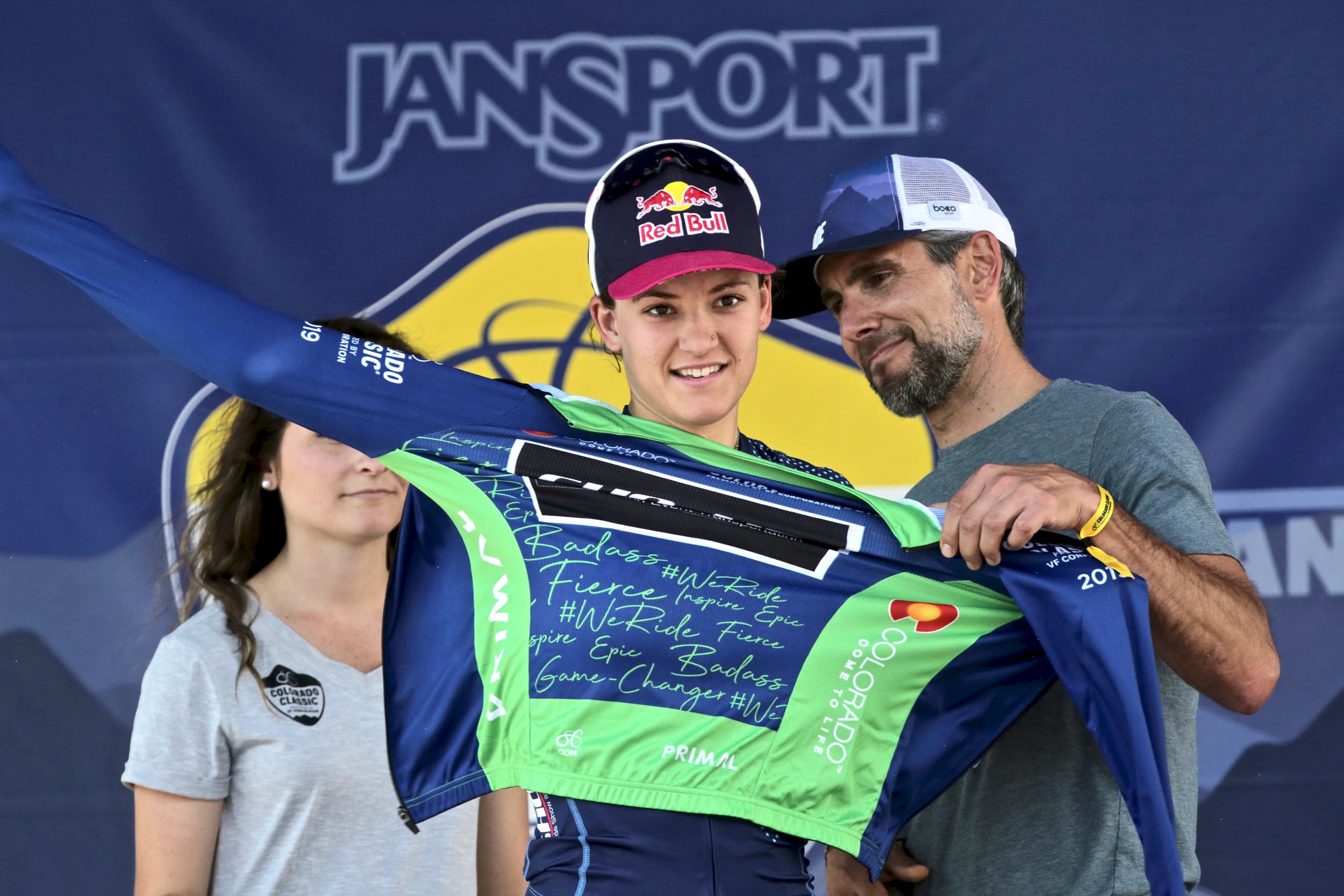 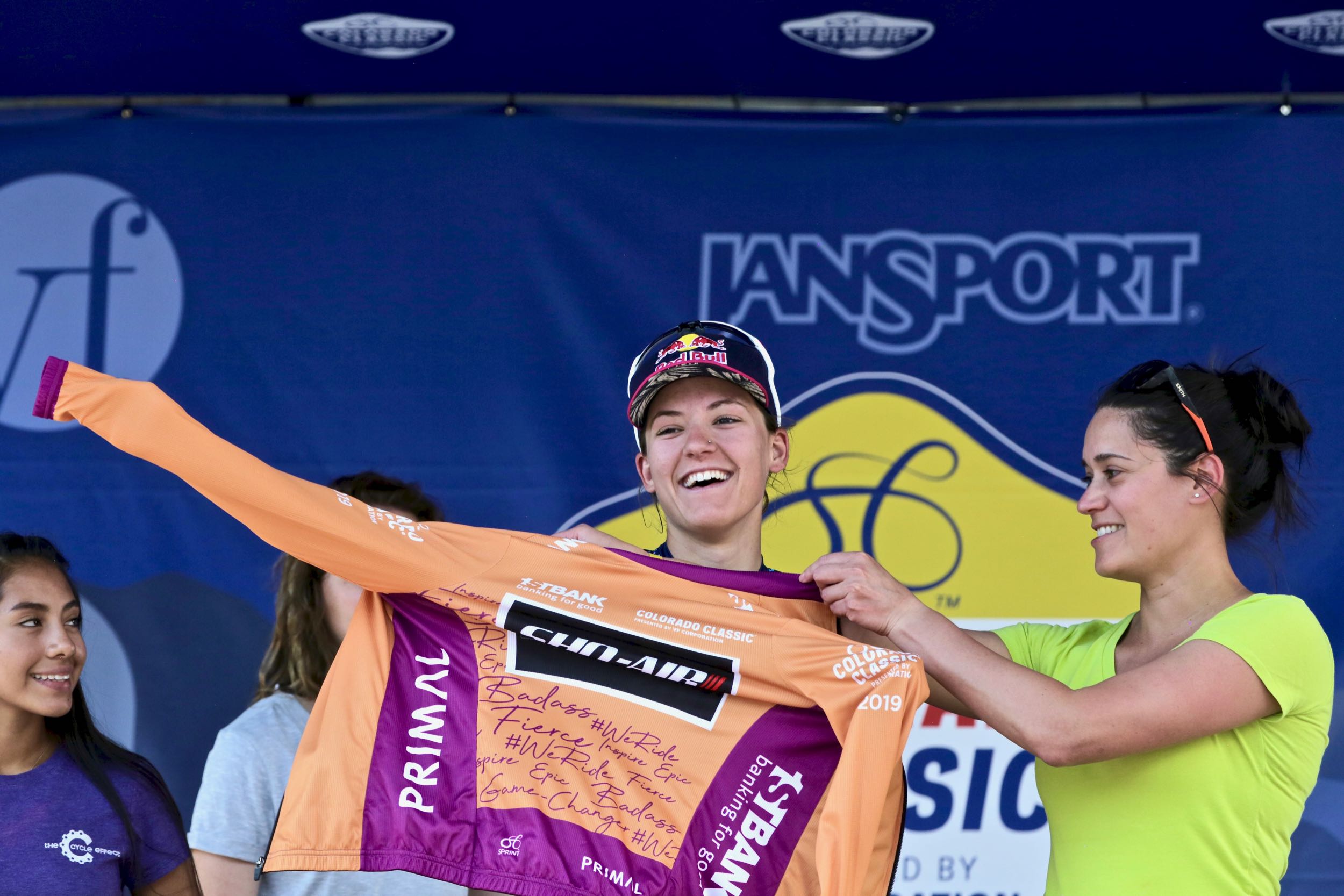 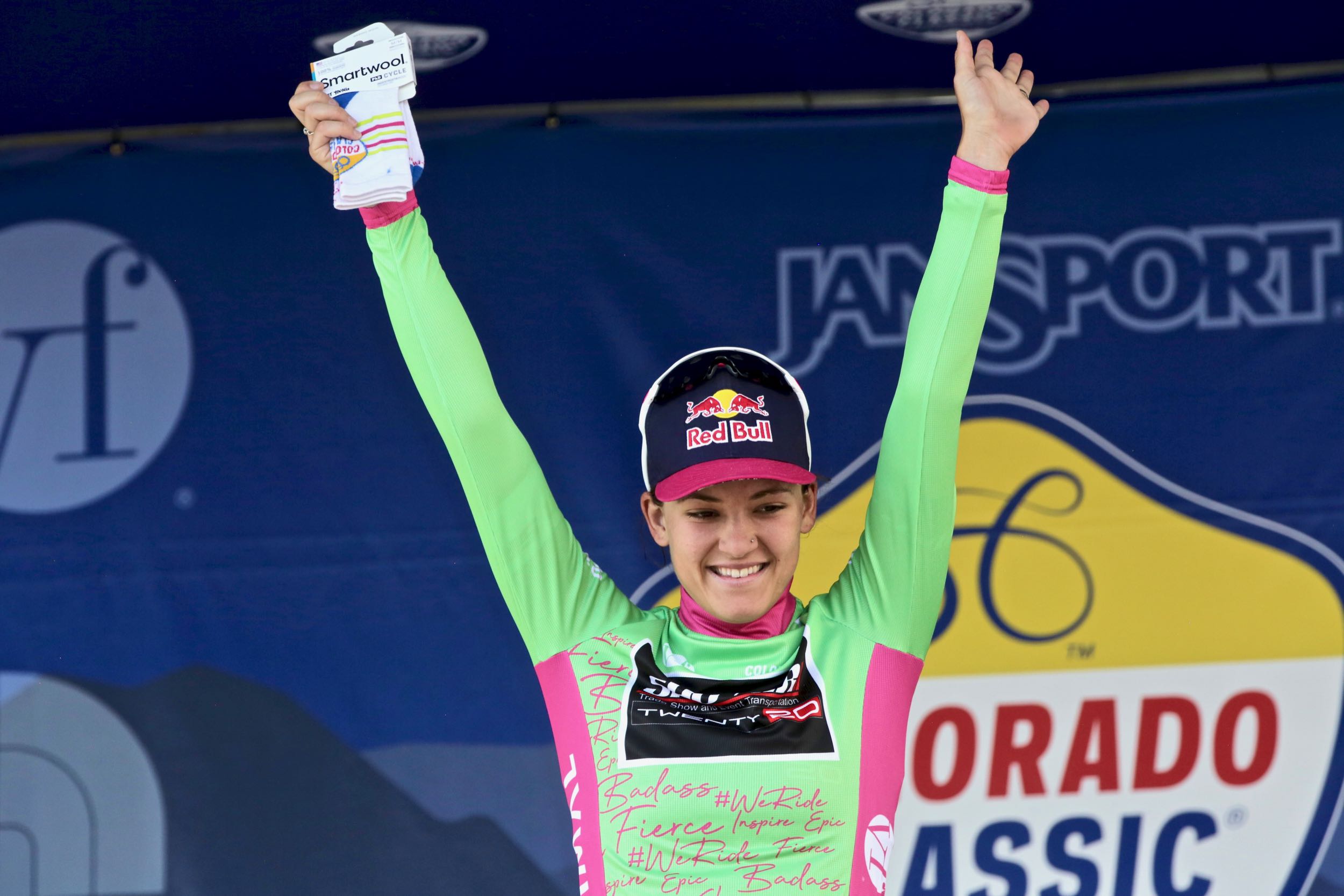 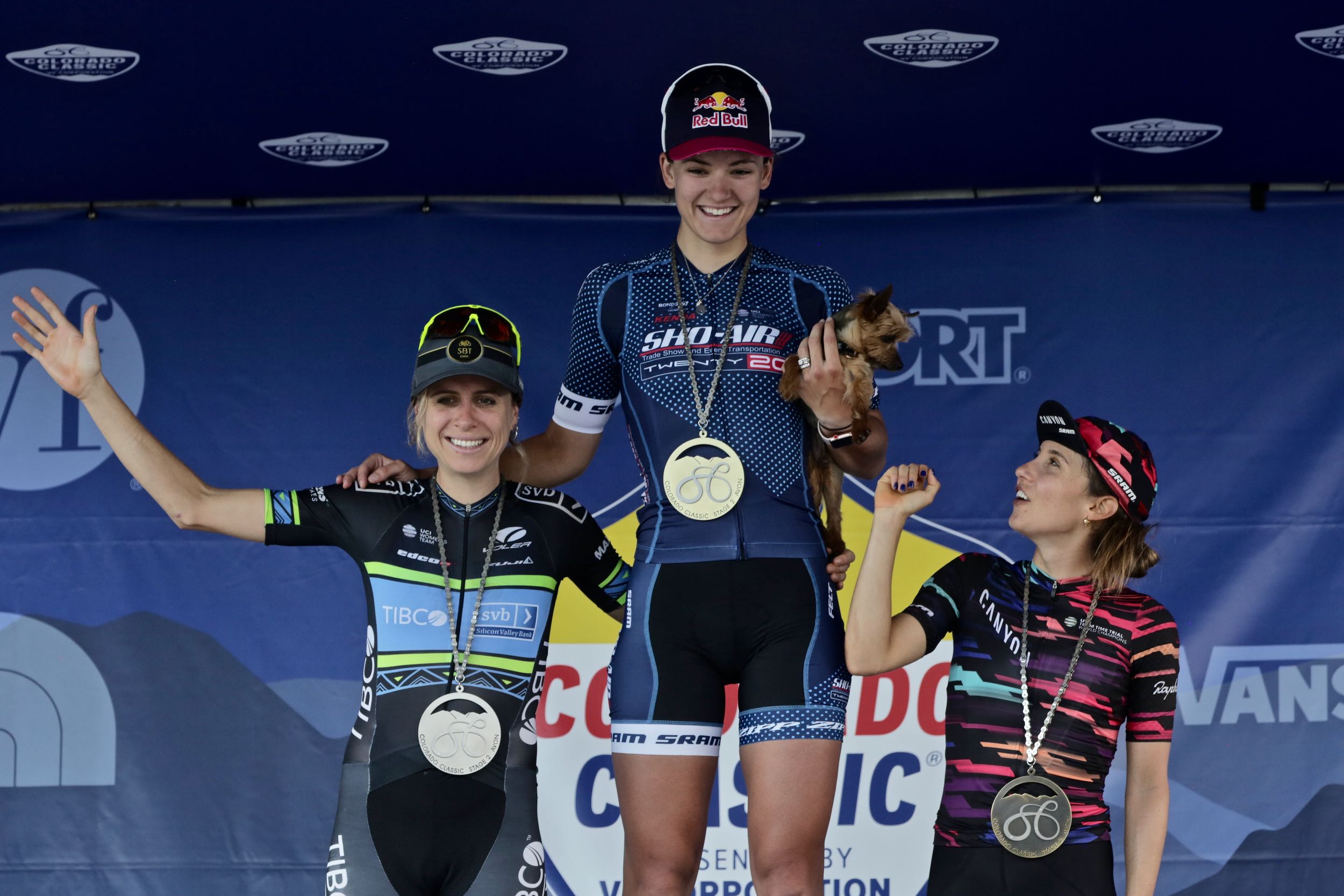 The organizers decided to make it a women’s only race. That’s where they could make the difference.

To show they were serious, Diaz said, they upped the prize purse by topping the men’s purse from the year prior by five grand. This year’s winner will take home $75,000. Last year, the women’s winner took home just $30,000.

This revamped race is now touted as the only women’s standalone pro road race in the Western Hemisphere. It’s a 220-mile, four-stage race that started in Steamboat Springs on Thursday, moved to Avon on Friday, then Golden on Saturday and finishes in Denver on Sunday.

Diaz wants to show that women’s sports are just as important and exciting as men's. She hopes the Colorado Classic will prove that women’s-only cycling events can have a sustainable model, one that can be replicated across the country.

To push that goal forward and get fans from near and far engaged, the race will be livestreamed from start to end.

“If they’re racing, and they’re putting on a great show, and they have amazing content and nobody sees it, it doesn’t help,” Diaz said. “To be able to catch the drama and the excitement that unfolded and be able to broadcast that out to the world is really powerful.”

Participants include Erica Clevenger, a professional cyclist and PhD student in environmental engineering at the Colorado School of Mines. She’s on the Sho Air Twenty20 team, which is sponsored by companies like Clif Bar & Company and Humm Kombucha LLC.

“A lot of times when races are struggling, or they're choosing what to focus on it’s usually the men that they focus on,” Clevenger said. “Women have about a third, I think, of the race opportunities that men have. So there’s a lot of races out there that are only men, and this is one of the very few that actually decided to focus on the women, which is an incredibly impactful thing that they decided to do, and it’s really exciting to be a part of it.”

Clevenger wants to see more women get involved with cycling, but she sees the lack of development opportunities as a major obstacle.

“I also think that it’s just a predominantly white male sport, and it’s actually a bit intimidating for women or minorities to get into,” Clevenger said. “But that’s something that we as a sport are recognizing and working to change.”

The Colorado Classic may be a force for change, but to make a difference, it has to stick around for more than a year or two, said Mara Abbott, a professional racer and 2016 Olympian who retired that same year. She’s seen races come and go. Many of them promised to be the next big thing.

“The races that sustained, sustained because the people organizing them cared about them personally,” Abbott said. “Other than that, I saw more races disappear than I saw come.”

She was often disappointed at the broken promises made by races and competitions. But she admits, there hasn’t been money in women's cycling, and it’s a lot of work to put on a race.

“I think that women’s cycling right now is a really hard nut to crack,” Abbott said. “The work that this team’s been doing and the people that they’ve been trying to engage, and I saw that they got a tweet from Billie Jean King, which is really cool, but I think that is all great and that they have great potential with the things they’re doing. But at the same time, one year won’t make a difference.”

The race is sponsored by VF Corporation, which owns Smartwool, The North Face, Vans, Dickies and JanSport, to name a few outdoor brands. VF agreed to a two-year sponsorship of the Colorado Classic, which means there will be a 2020 race. Organizers are hoping to gain the same level of corporate sponsorship in the years to follow.

Whether the Colorado Classic will have lasting staying power is for time to tell, but one thing is for sure, the race shows the power of women both on the race track and behind the scenes.

“Women are coming together,” said Stacey Mulligan, development director of Bicycle Colorado, a nonprofit that advocates for bicycle safety and accessibility in the state. “There’s men there too, but I think what’s really great is you have on all sides of a race like the Colorado Classic, you have women involved and stepping up and saying what really needs to happen to make sure that the women racing are highlighted in a way that’s really going to show the world what women are capable of.”

Mulligan started racing as a freestyle BMX biker when she was 16. There weren’t many female role models at the time. Mulligan thinks the Colorado Classic may change that for some young Colorado women. She was excited to see that young female athletes were chosen to present the flower bouquets and awards to each day’s race winners.

“You have these young girls who obviously love cycling themselves and are very impressionable, and they had the opportunity to stand alongside these top performing athletes today,” Mulligan said. “I can only imagine the impact that will make for these young girls.”