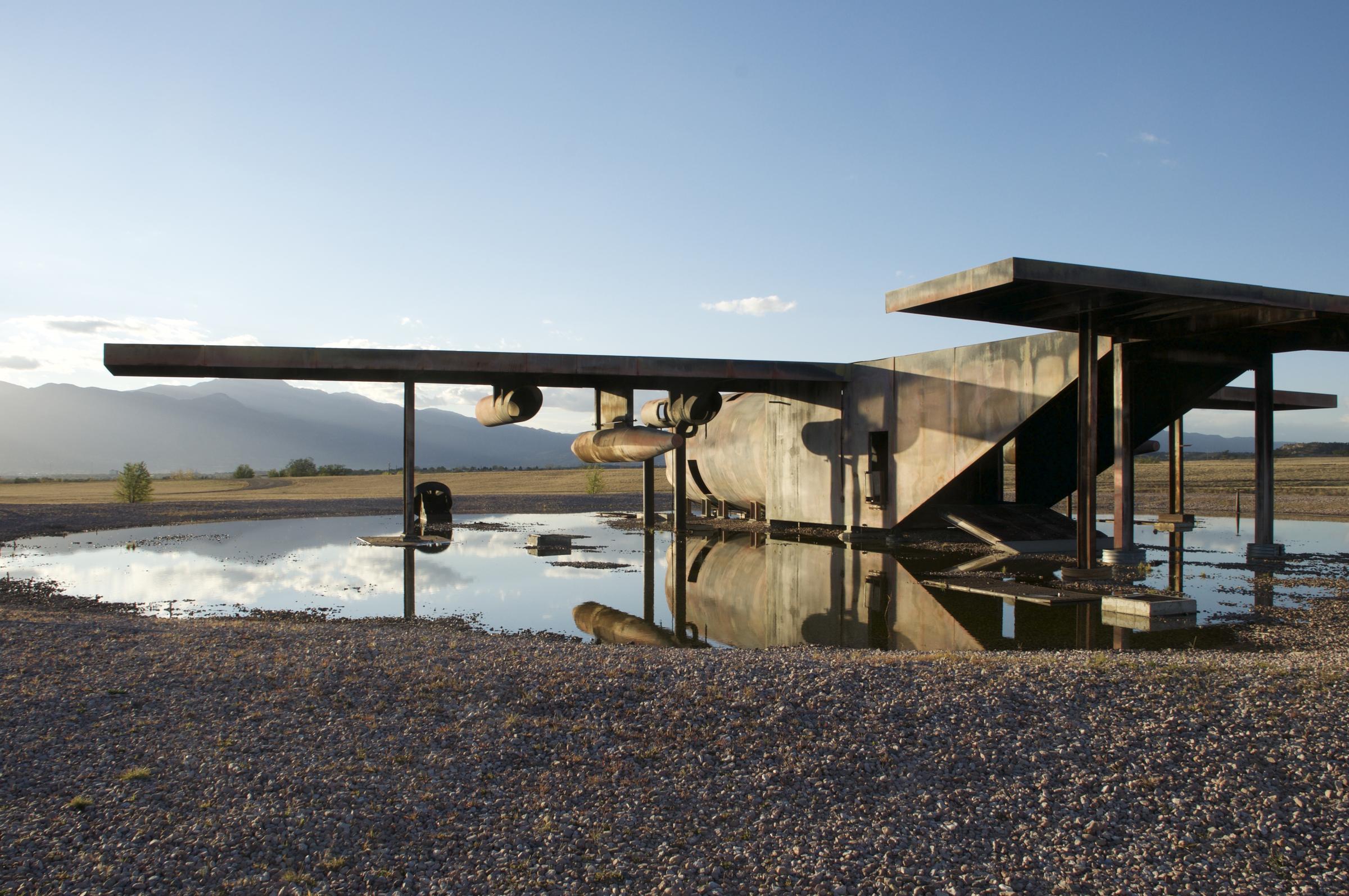 Jake Brownell / 91.5 KRCC File photo of a firefighting training area at Peterson Air Force Base. It is believed that firefighting foams once used in training at the base were the source of PFAS contamination in the drinking water in southern El Paso County.

El Paso County is one of seven sites across the country where researchers will be studying the human health effects of drinking water contaminated by potentially toxic chemicals known as PFAS. The project is set to start within six months and will be led locally by researchers at the Colorado School of Public Health at the University of Colorado Anschutz Medical Campus.

The plan is to study PFAS exposure in 300 children and 1,000 adults living in Security, Widefield and Fountain. The issue in the region first came to light in 2016. Data will be collected on kidney and liver function, thyroid hormones and neurobehavioral outcomes in children, among other things.

The chemicals are believed to have leached into the Widefield aquifer from firefighting foams once used at Peterson Air Force Base. John Adgate with the Colorado School of Public Health is a principal researcher on the study. He says previous testing found residents had very high PFAS blood levels, in some cases more than 10 times the national average.

“[These are] some of the highest measurements that have been seen anywhere in the world in humans,” he said.

The Centers for Disease Control and Prevention (CDC) estimates that 80,000 residents in the area were exposed to PFAS chemicals prior to 2016 when local water utilities took steps to significantly reduce ongoing exposure of residents.

“My hope is that this will provide a better ending to this unfortunate natural experiment that’s taken place and that it will also provide some insight on when contamination started,” Adgate said.

The $1 million local study will be funded by the CDC and the Agency for Toxic Substances and Disease Registry. Researchers say it’s the first major look at exposure to PFAS at multiple sites across the nation. Other sites include:

Residents of Security, Widefield and Fountain, or other PFAS-affected communities in El Paso County who are interested in participating in this study can email pfas-aware@ucdenver.edu or call 719-301-9733 for more information. Enrollment in the study is expected to begin in 3 to 6 months.