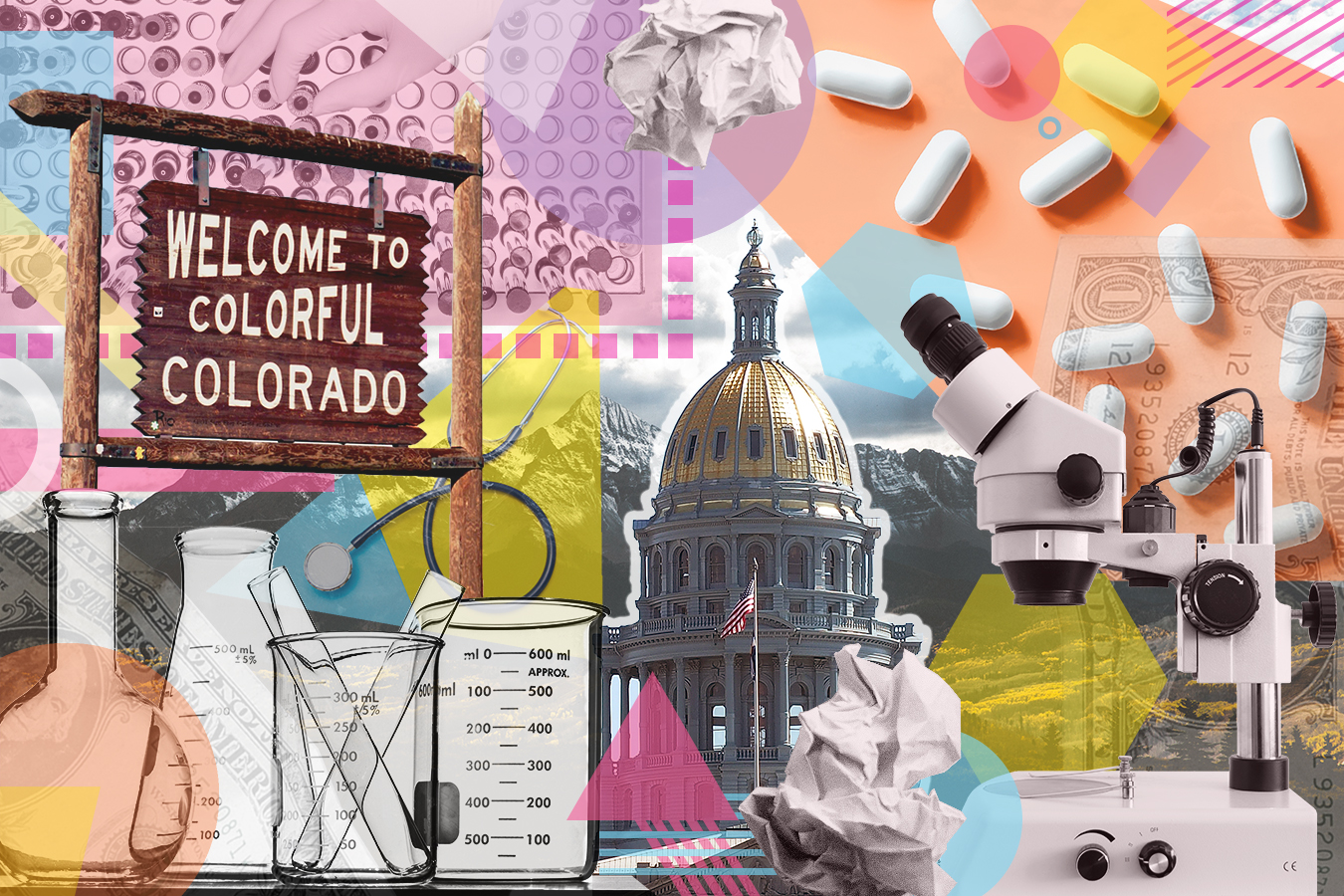 With the nation’s capital mired in gridlock and the Affordable Care Act facing a dire legal challenge, the prospects of lowering health care costs for Americans this year seem unlikely.

Just don’t tell that to Coloradans.

Democratic majorities in the state House and Senate and a Democratic governor eager to push aggressive health care measures have turned Colorado into one of the foremost health policy laboratories in the country. State lawmakers have taken swift action on many of the same health issues being debated at the federal level, including a government-run health plan known as a public option, surprise medical billing, drug importation and high drug costs.

Colorado has emerged as a potential model for revamping health care in other states — and provided a glimpse of what a sweeping Democratic victory in November might mean for Americans.

“From a national perspective, this is known as one of the cool places for health care reform, where people are trying new ideas, where there is leadership, where there is community, where there are all the critical elements to get something done,” said Dr. Jay Want, executive director of the Peterson Center for Healthcare, a New York-based health policy think tank.

Colorado’s push started in earnest when Gov. Jared Polis took office in January 2019 with the promise of helping consumers cut health care costs. He literally created an Office of Saving People Money on Health Care in his first month on the job. What followed was a four-month legislative session in which lawmakers pushed through a decade’s worth of health care bills.

“You can argue it was the most consequential legislative session for health care since Colorado expanded Medicaid much earlier this decade,” said Joe Hanel, director of communications for the Colorado Health Institute, a nonpartisan nonprofit focused on health policy analysis.

Lawmakers passed a reinsurance bill that shielded insurance plans from the costs of their sickest patients, resulting in a 20 percent drop in 2020 premiums for Coloradans who buy their coverage on the individual market, not through their employers.

Surprise billing protections, which took effect Jan. 1, cap what out-of-network doctors or other medical providers can charge when patients receive services in hospitals that are not part of their insurance network. The new provision establishes an arbitration process for ongoing billing disputes.

Legislators capped copays for insulin at $100 per month and approved the importation of drugs from Canada, once federal authorities establish the process for doing so.

And the legislature authorized the Polis administration to develop a public option proposal that would provide competition to private insurance carriers selling plans on the individual market.

“They’ve really transformed their agencies in a short year or so,” he said.

For example, Colorado Insurance Commissioner Michael Conway has shifted the Division of Insurance from mainly an actuarial agency reviewing rate filings into more of an advocate for consumers. The division is developing a standard for insurance that would consider whether premiums are affordable when approving insurance rates.

This year, the legislature will decide whether to implement the public option plan developed by the Polis administration.

While many thought that plan would create a government-run alternative to private insurance similar to a Medicare plan open to anyone, the final draft retains a role for insurance companies in administering public option plans.

Insurance carriers would be limited to using no more than 15 percent of the total premiums collected for administrative costs and profits, which is lower than the Affordable Care Act cap. They would also be required to use any rebates from drug companies to reduce patients’ premiums. The state is asking legislators for the authority to force hospitals and health plans to participate if they won’t do so voluntarily.

“What Colorado is doing is very innovative. There is really only one other state, Washington state, that is doing anything comparable to a public option,” said Billy Wynne, a Washington, D.C.-based health policy consultant who recently formed the Public Option Institute. “Other states have been looking at it and will pursue similar programs in the future, especially if [Colorado] can pull off the ‘triple lindy’ and make this successful.”

Hospital representatives have expressed skepticism about the public option plan, which they see as mainly targeting hospitals to achieve savings.

“The rate-setting as it is currently proposed is a 40 percent hit to some hospitals,” said Katherine Mulready, senior vice president and chief strategy officer of the Colorado Hospital Association, which represents more than 100 hospitals. Hospitals and other providers, she said, may not be able to maintain the same level of services and access now available.

But state officials point to recent studies suggesting prices at Colorado hospitals are among the most expensive in the country: A Rand Corp. study found that Colorado hospitals charge three to four times the Medicare rate, and an analysis of the Denver market showed the area’s 27 hospitals netted a combined $2 billion in pretax profits in 2018, with average profit margins exceeding 19 percent.

Hospitals say they must charge higher rates to privately insured patients to make up for the shortfall from Medicare, Medicaid and uninsured patients. But the state released a report in January showing that even when Medicaid rates went up and the need for charity care went down, hospitals still raised their prices.

“We’re getting close to the mark because some of the hospitals and pharmaceutical companies sent out a mailer against the public option,” Polis said in a Jan. 14 public forum on the proposal. “We must be getting something right if they’re that worried about it. But it also adds insult to injury for those of us who are consumers of medical services … to know they’re using some of that money from overcharging to lobby against reforms that are saving people money. That is rubbing salt in the wounds.”

Insurers are also wary of the plan.

“We are very concerned — and I would say opposed — that the government will tell us the product, the price and the place that we have to sell,” said Amanda Massey, executive director of the Colorado Association of Health Plans. “That is fundamentally opposed to private business and competition.”

The Colorado Medical Society, which represents physicians, issued a statement generally supporting the goals of the public option plan but didn’t go so far as to endorse it.

Blueprint For The Nation?

The public option would initially be available only to those consumers who buy policies on the individual market in 2022, estimated to be fewer than 7 percent of the state’s population. State officials said that they plan to later expand to the small-group market and that they expect the lower prices will put pressure on rates for large-group employer-sponsored plans as well.

The proposal, while not as disruptive as a “Medicare for All” or single-payer approach, represents a step toward government-run health care.

“What the state is doing is intervening, to some degree, in commercial negotiations between plans and hospitals,” Wynne said. “Let’s be honest: The state will be leaning on hospitals on their participation and reimbursement rate, and that is a tremendous benefit to health plans.”

Colorado’s approach could provide a blueprint for any moderate Democratic presidential candidates promoting a public option on the national level, much in the way Massachusetts provided the basic framework for the Affordable Care Act.

“Colorado is doing it and is ahead of the curve,” Wynne said. “If one of those people wins, they’re going to be looking to this state as a model for what to try to help other states do.”

Locally, Democrats also are betting that by addressing what Coloradans have identified as their highest priority — reducing the cost of health care — they’ll be well-positioned to build on their state majority in the 2020 elections.

“I haven’t met a single voter,” Polis quipped recently, “who said, ‘I don’t pay enough for my health care.’”

This story was produced by Kaiser Health News. KHN is an editorially independent program of the Henry J. Kaiser Family Foundation which is not affiliated with Kaiser Permanente.