Steel has been part of the soul of Pueblo almost since the city’s incorporation 150 years ago. From the 1880s through much of the 20th century, Pueblo was home to Colorado Fuel and Iron, at one point the state’s largest private employer.

The Pueblo steel mill got its start making rails to build the Denver and Rio Grande Western Railroad. Over the years, it turned out all kinds of steel products, and the company that owned it opened mines throughout southeastern Colorado.

CF&I was central to one of the most infamous episodes in state history: the Ludlow Massacre. In April of 1914, Colorado National Guardsmen and militiamen hired by the company fired into a camp of striking mineworkers north of Trinidad. Tents were set ablaze and by the time the ash settled, nearly two dozen people were dead, including 11 children and two women who had hidden from the flames in a crude basement under an infirmary tent.

The massacre helped usher in an era of unionization and stronger labor laws, and eventually led company owner John D. Rockefeller Jr. to give employees a greater voice in their conditions. But it did little to slow CF&I’s growth. And by the post-World War 2 era, the company employed some 12,000 workers in Pueblo itself.

“At that time the United States was experiencing a huge boom in construction projects, building of highways and skyscrapers and other types of infrastructure that required steel,” said Pueblo’s Steelworks Museum curator Victoria Miller.

But the boom days didn’t last, and for much of the past 80 years, the mill’s story has been one of decline. 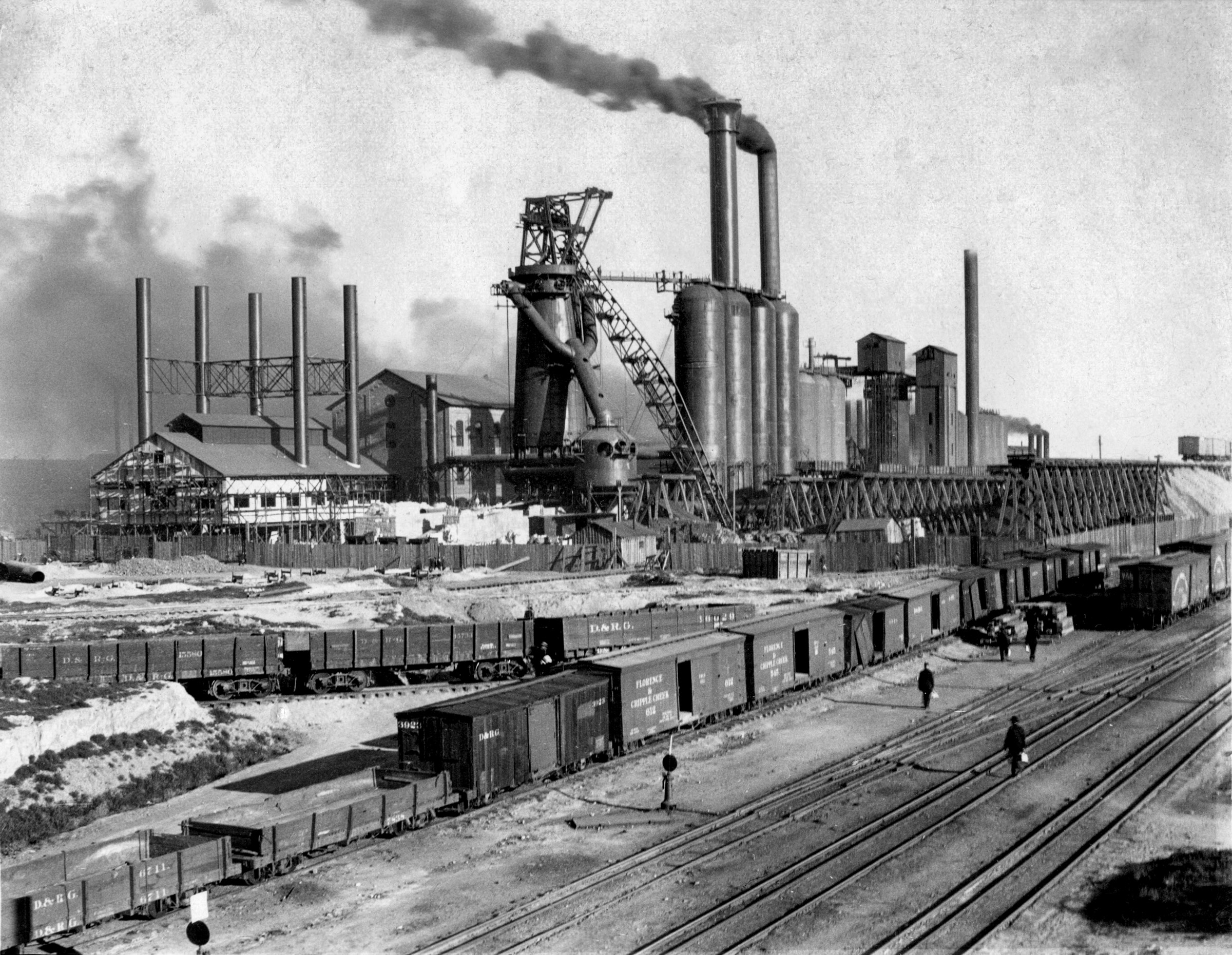 Courtesy of Steelworks Center of the West's Steelworks ArchivesGeneral view of the blast furnace row and rail yard before the Colorado Fuel and Iron steel mill in Pueblo was fenced. Denver and Rio Grande rail cars are in the foreground. Date is unknown but most likely in the 1910-1920s. 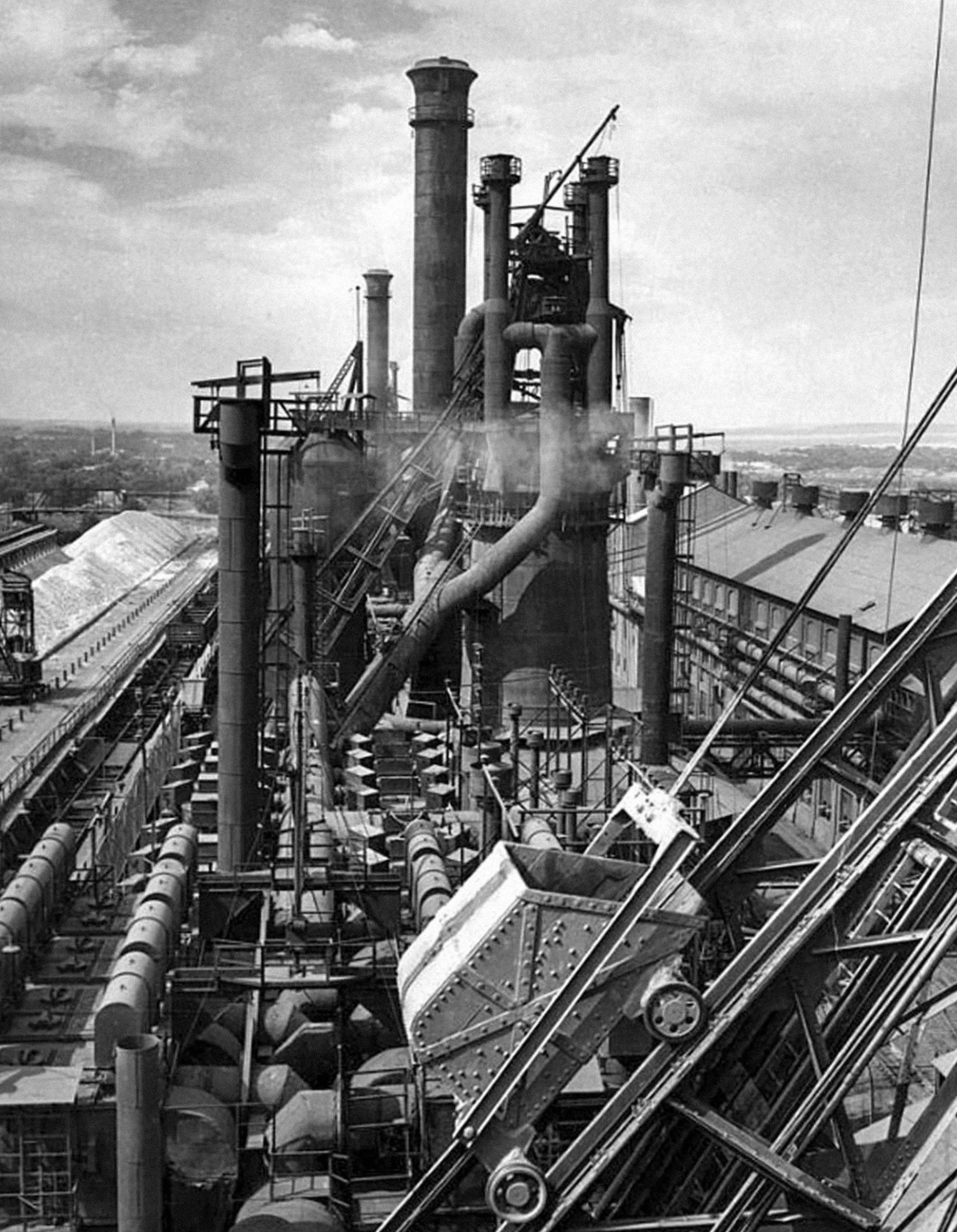 Courtesy of Steelworks Center of the West's Steelworks ArchivesBlast furnaces with a skip car in the foreground at the Colorado Fuel and Iron steel mill in Pueblo during the 1950s. The skip car was used to charge the furnaces with iron ore, highly refined coal known as coke, and limestone in the process of making steel from raw materials. 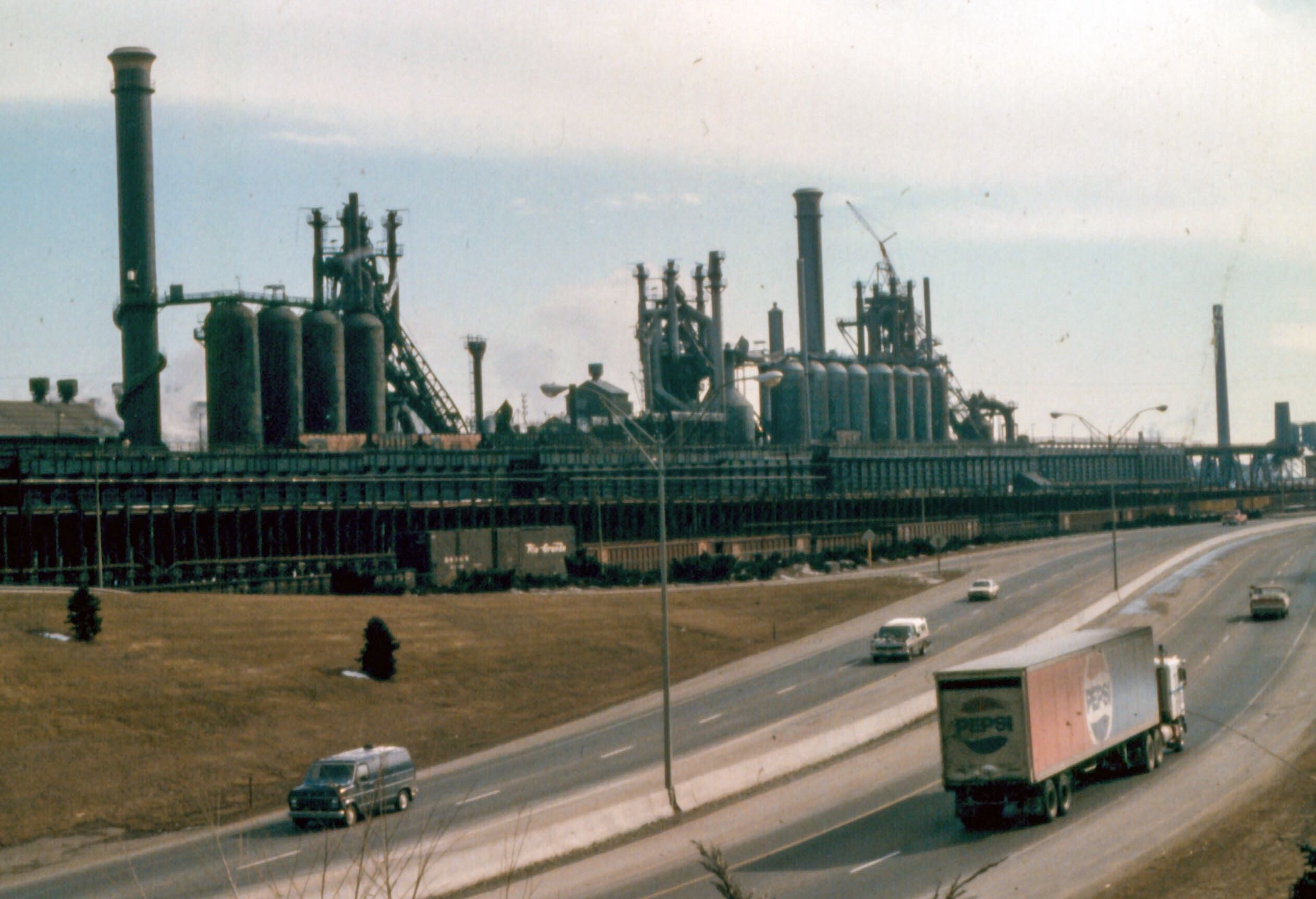 Courtesy Steelworks Center of the WestA view of the steel mill's "Blast Furnace Row" along Interstate 25 in south Pueblo around the 1980s. The blast furnaces and some of the other structures in this photo have since been demolished. 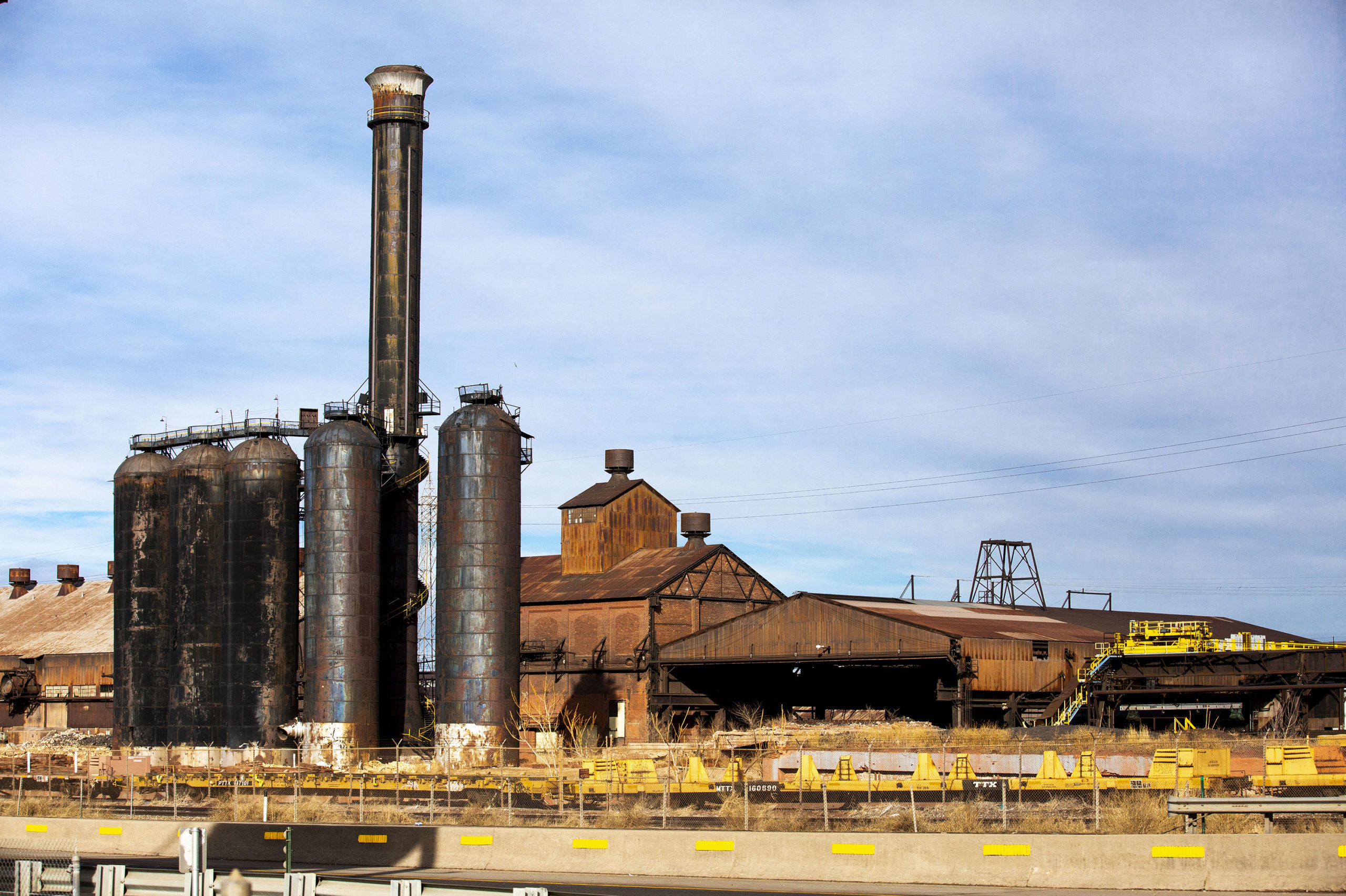 Kevin J. Beaty for NPRThe historic Colorado Fuel and Iron Company furnace stands in Pueblo, Colo. The mill gave this place its nickname, Steel City. Today only about 6% of the city's jobs are in manufacturing. 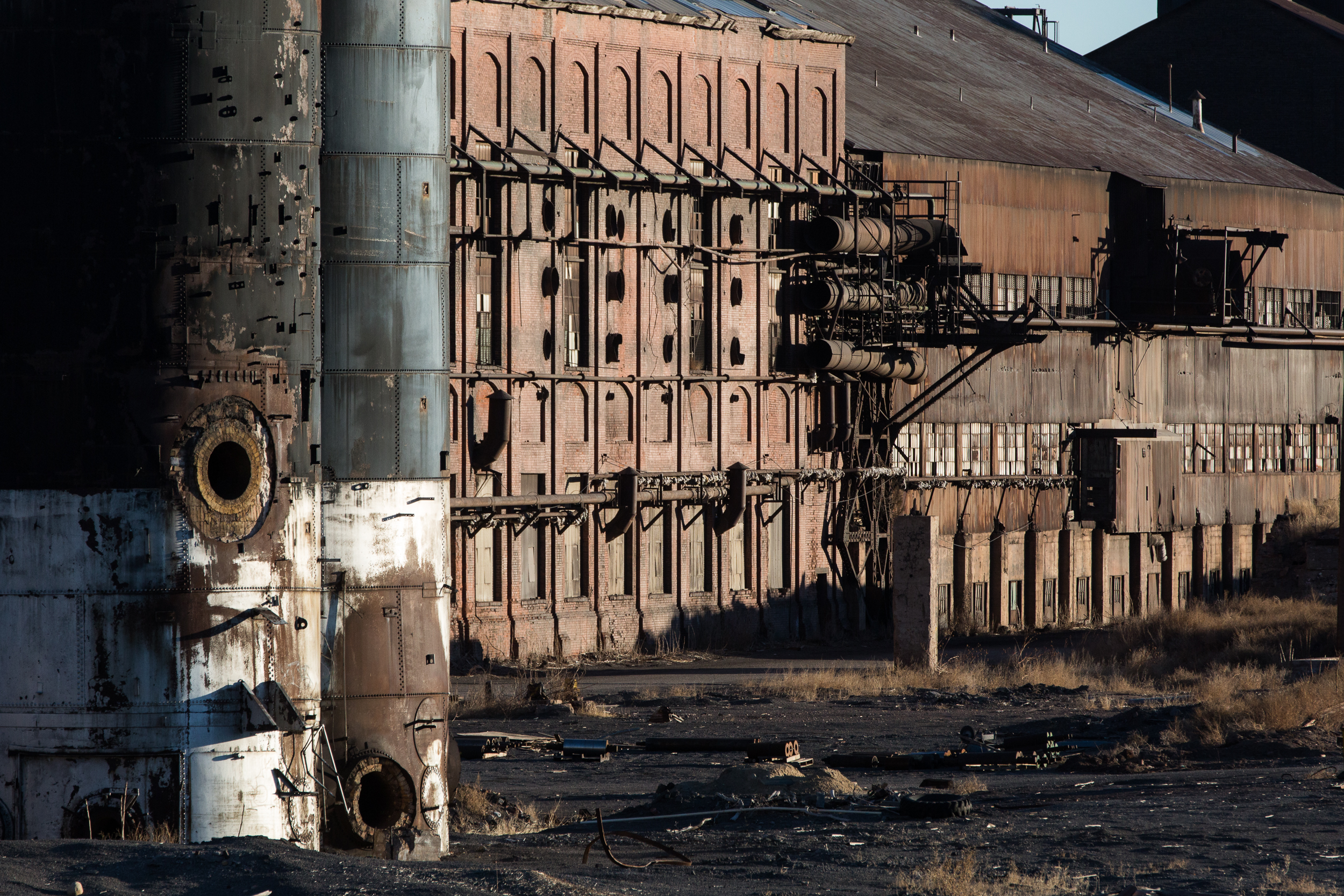 “In the 1960s people started buying foreign-made steel,” Miller said. “Also Congress passed legislation that forced CF&I to rely more on scrap metal recycling rather than on making steel from scratch from the raw products. Those technology upgrades cost a lot of money.”

At the same time, many workers were hitting retirement age and the company struggled to meet its pension obligations. So, in a story familiar around the country, CF&I’s steel mill and coal mining jobs began to disappear. By 1970 CF&I was down to just 7,800 people on its payroll in Pueblo and that number continued to fall.

Sitting in the United Steelworkers Local 2012 union hall, retired mill worker Rick Acosta said his time at the mill was “hot, loud, dusty work” but still described it as a good job.

“The blast furnace was a lot of manual work with a shovel,” he said. “In those days you made 90 bucks a week. It was good money back then.”

Acosta started at the mill in the mid-70s and saw the company go through bankruptcy, changes in ownership, yet more layoffs and labor disputes. One strike lasted seven years.

“It was tough being here. Because you had to scrape, scrape to feed your family,” Acosta said.

Through all of that, the mill never stopped operating. Although today, under the ownership of the Russian company Evraz, it employs just 1,100 workers, a fraction of what it used to. With the aid of significant high-tech upgrades, the facility turns more than a million tons of recycled steel each year into wire, rebar and pipe, and yes, still railroad rails.

And the mill is planning for the future, recently announcing it will collaborate on a massive solar array to help power a proposed expansion.