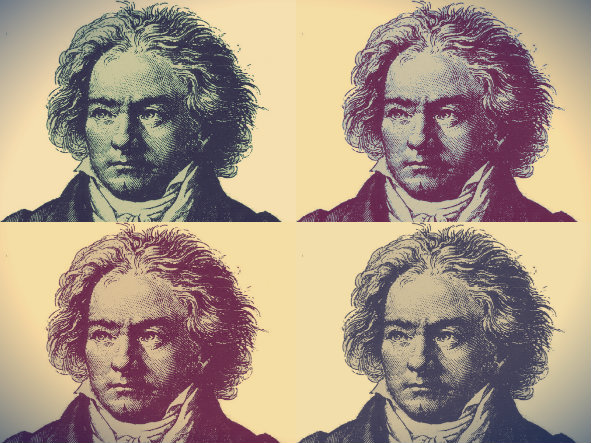 12/09/20 UPDATE: While we're no longer collecting Beethoven stories for air, we're always happy to hear from you.

NPR’s Susan Stamberg has been a public radio “celebrity” for close to 50 years.  She co-hosted All Things Considered and launched Weekend Edition Sunday.  She has reported a lot of anniversaries over the years – too many to count.

“I like marking anniversaries as a journalist for a number of reasons,” she told CPR Classical.  “Most important,” she said, “it gives you a chance to revisit, not only the life, but the body of work and encounter it as if for the first time.”

This year marks 250 years since the birth of Ludwig Van Beethoven and CPR Classical is celebrating with a series of audio stories that hopefully will delight you.

And we want to hear your Beethoven stories – your first encounter with his music, a symphony that has special meaning or a story to why his music is so important to you.  Please call us at 720-222-9501 and tell us your story.

Stamberg told CPR Classical's Jean Inaba her own Beethoven story, which involves her granddaughter, Vivian, who is 12 now but less than a year old at the time.

“I would hover by the crib, sing and hum tunes to her,” she explained.  “I’m not a good singer, but I decided it was time to elevate her musical ear and learn a piece of classical music. As a result, I taught her part of Beethoven’s 5th . 'BAH, BAH, BAH, BAH!'  And right back at me she went "'BAH, BAH, BAH, BAH!'"  (In perfect tune, the proud grandmother added).

Stamberg thinks that was a lesson well learned.

Listen for and read more Beethoven 250 stories throughout the year, including why former NPR host Robert Siegel especially loves Beethoven’s 7th Symphony, a demonstration from virtuoso concert pianist Joyce Yang about the colors she sees when she plays Beethoven, and what production of Beethoven’s opera, Fidelio, enthralled Justice Ruth Bader Ginsburg so much, she wrote a letter to the director.

We'll also hear from YOU! Call 720-222-9501 and tell us your Beethoven story. We may put it on the air or feature it on our social media platforms!

Brett Mitchell, Music Director of the Colorado Symphony, worked and studied with the late, great German conductor Kurt Masur from 2006-2009.

CPR's Matt Weesner shares how Mitchell remembers a story Masur told him about the power of Beethoven’s music.

“He was driving through New York City, when he was Music Director of the New York Philharmonic (1991-2002),” Mitchell said.

Masur was stopped at a red light and a man, who appeared to be homeless, knocked on his window.

“Masur rolled down the window and told the gentleman that he didn’t have any money,” Mitchell recounted from Masur.  "'No, no no,'" the man said. 'Aren’t you the maestro?'  Masur said that he was ... The gentleman said to Masur, 'I was in Central Park last summer for your performance of Beethoven’s 9th Symphony and I just wanted you to know that it changed my life and I have never been the same.'"

Mitchell said he has always remembered that story because it had a profound effect on him.

“Really feeling maybe for the first time, how powerful music can truly be,” Mitchell said.  “How broad a section of humanity that his music could really reach.”

CPR Classical is celebrating Beethoven with the Beethoven 250 series beginning in August to honor the maestro’s 250th birthday on Dec. 16. Why does he still matter today? What's your take on the famous composer? Call 720-222-9501 and tell us your Beethoven story or if you'd prefer to email us your story, send a note to classical@cpr.org.

Read more about the famous composer

2020 marks 250 years since the birth of Ludwig Van Beethoven and CPR Classical celebrates!

Listen to our Beethoven 250 Concert Series